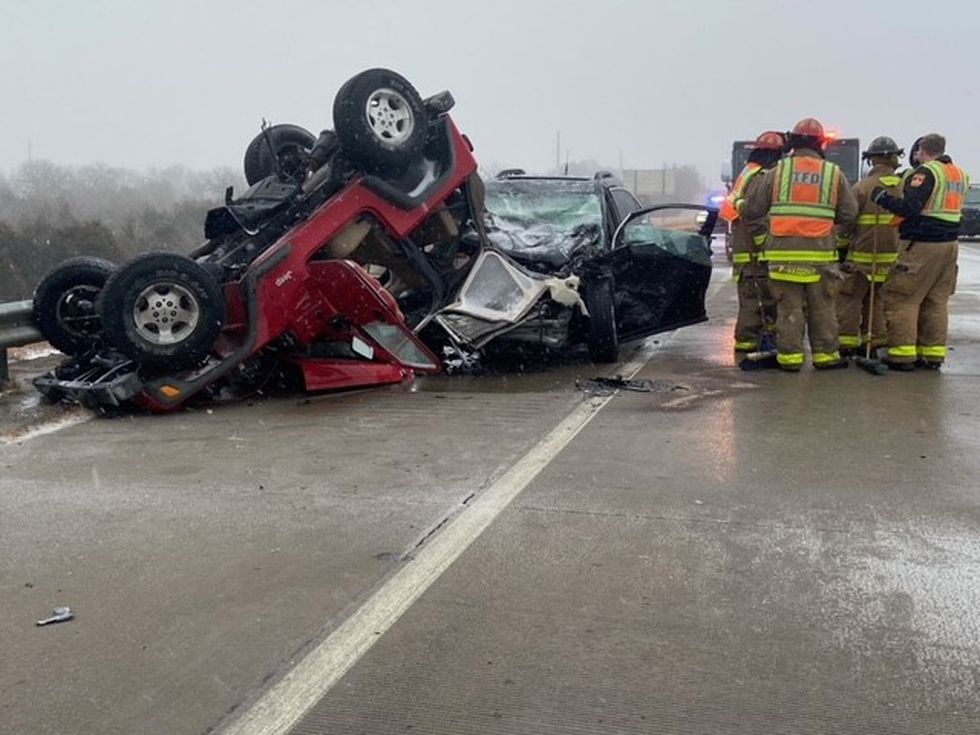 TOPEKA, Kan. – Officials on-scene tell 13 NEWS that both drivers involved in a Friday morning crash along US-75 are expected to be okay.

Emergency responders were called to the Northbound lanes of US-75, near the I-470 overpass just after 8 a.m. Friday morning on reports of a serious accident.

When crews arrived, they found a red Jeep overturned and resting on top of a black SUV.

According to the Kansas Highway Patrol Crash log, a 2001 Jeep Wrangler, driven by Edvaldo Caldeira-Dasilva, 53, of Topeka, was traveling south with he lost control of the vehicle.

Officials say Caldeira-Dasilva overcorrected and struck the bridge guardrail. The Wrangler then traveled across the median, hit a northbound guardrail, and became airborne, landing on top of a northbound Chevrolet Equinox.

KHP identified the Equinox’s driver as Brandon Sheley, 43, of Topeka.

Caldeira-Dasilva and Sheley were both taken to area hospitals with suspected serious injuries.

The patrol said Sheley’s three-year-old passenger did not have any apparent injuries in the accident.

The Kansas Highway Patrol says everyone involved in the accident was properly restrained.