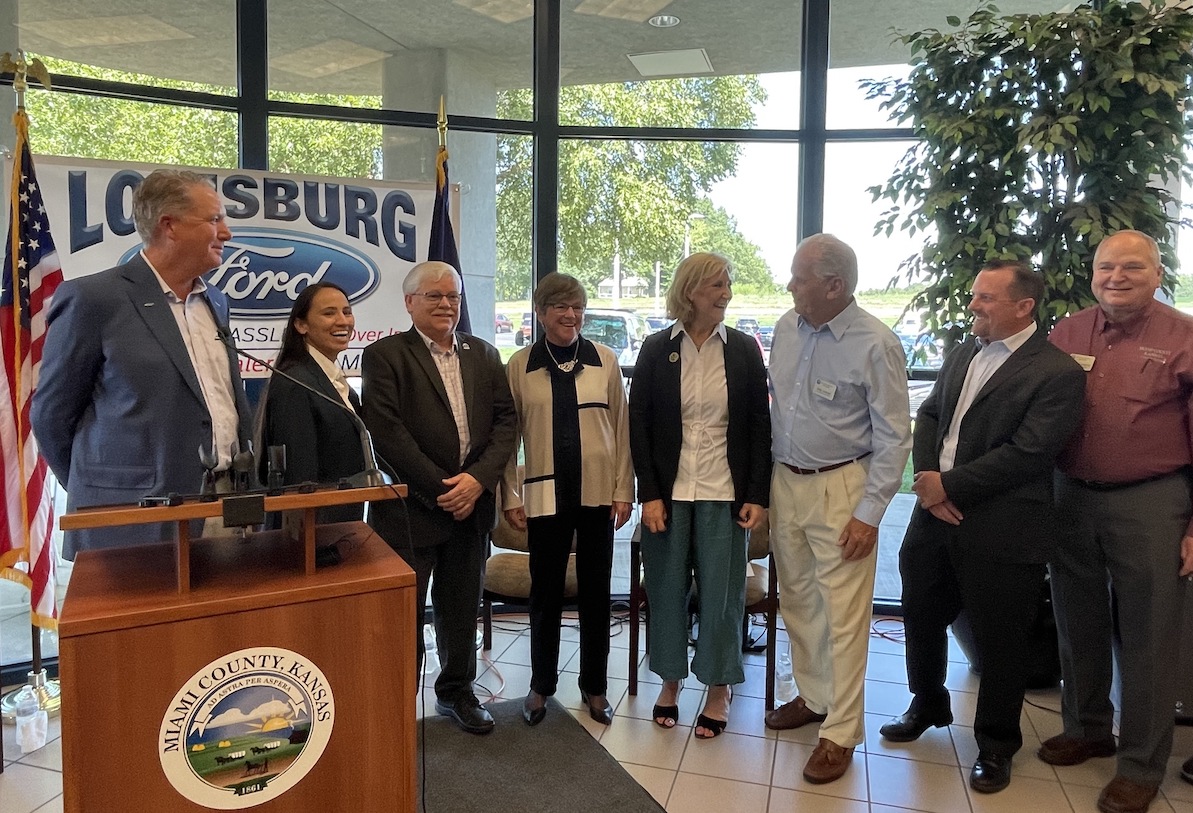 Miami County, KANSAS – According to the state officials, this project will help meet traffic and safety needs by expanding the last remaining stretch of the roadway from two to four lanes.

On August 15th, Governor Kelly announced 11 Expansion and Modernization highway projects representing an investment of more than $520 million have been committed to construction as part of the Kelly Administration’s bipartisan transportation plan, the Eisenhower Legacy Transportation Program.

The K-68 widening is one of these projects and is expected to cost $48 million with designs being completed in 2023 and letting in 2025. Today’s event took place at Louisburg Ford, which is considered “Mile Zero” on the project’s east side.

As the Vice Chair of the U.S. House Transportation and Infrastructure Committee, Rep. Davids helped pass the Bipartisan Infrastructure Law, which is bringing an additional $89 million per year—$445 million over five years—to Kansas highway projects.

This 6.68 mile expansion will allow the roadway to finally meet recommendations set in the K-68 Corridor Management Plan back in 2009 and follows a series of interim improvements that began in 2021, including adding turn lanes and access roads.

Gov. Kelly today announced $3.2 million in grants that will be used to assist rural first responders in combatting opioid abuse