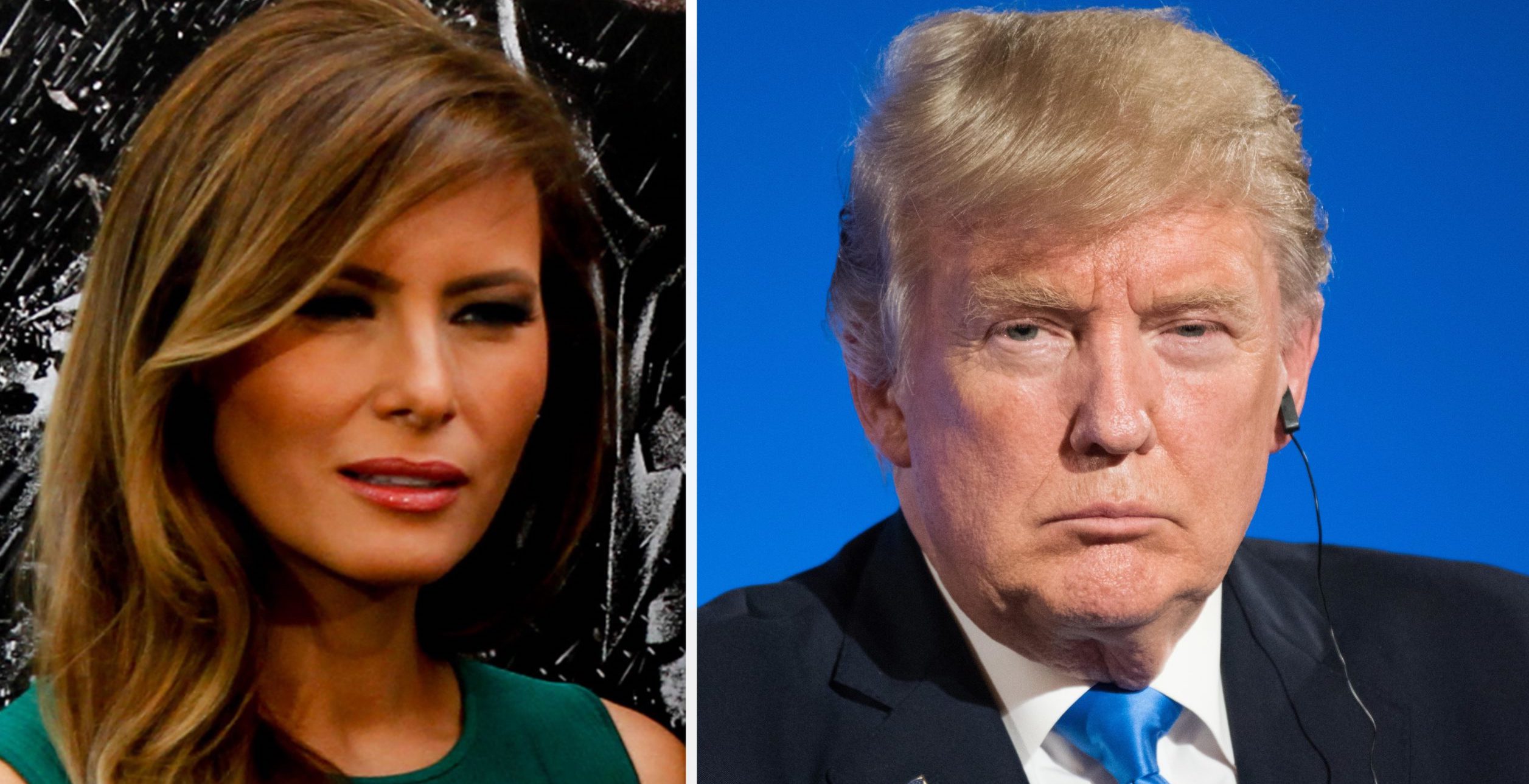 Donald Trump left the White House back in January when Joe Biden took over as President. Since then, he’s been living in Florida with Melania and their son Barron, who just started a new school. Recently, speculation has insisted that he may well enter the Presidential race in 2024. He might have more pressing matters to worry about just now, though, after new details concerning his four-year tenure at the White House were brought to light. In a new memoir, former White House press secretary Stephanie Grisham divulged details about Trump’s presidency, with particular emphasis on one moment where he became frustrated with First Lady Melania.  According to Grisham, Trump yelled at her, asking “what the f… they thought they were doing”.¨

Suffice to say it’s doesn’t all make for pleasant reading if you’re a Trump fan.

On her way to a migrant housing facility in Texas, Melania wore a jacket with the text “’I REALLY DON’T CARE, DO U?’

Grisham – who also worked in the First Lady’s office – writes that she didn’t notice the message on Melania’s jacket. At the time, Trump and his administration was under heavy criticism because of their policy of separating migrant children from their family members.

Melania’s visit was seen as a good opportunity for the administration to form a better image on the issue. In the end, they actually abandoned the program.

When Melania came back from Texas, the President was furious. Donald Trump is said to have summoned his wife to the Oval Office and yelled at her over the wearing of the tasteless jacket.

“He yelled and asked “what the [expletive]” they thought they were doing,” Grisham wrote in her memoir, as reported by The Washington Post.

Melania Trump later spoke about the jacket in an interview with CNN.

“It’s obvious I didn’t wear the jacket for the children,” she said. “I wore the jacket to go on the plane and off the plane. And it was for the people and for the left-wing media who are criticizing me.”

In Grisham’s memoir, Ivanka Trump and her husband Jared Kushner get plenty of criticism as well. The Washington Post writes that she’s “particularly negative” about the couple, with several incidents being described in I’ll Take Your Questions Now. One has to do with Ivanka Trump and none other than Queen Elizabeth of England.

As reported by the Washington Post, Ivanka and Jared Kushner tried to push their way into a meeting with Queen Elizabeth during a presidential visit.

According to Grisham, she and her husband wanted to join Donald Trump and Melania Trump at the meeting, which is a serious breach of protocol regarding a state visit. However, due to capacity in the helicopter, the two were shut out.

“I finally figured out what was going on,” Grisham writes in her book. “Jared and Ivanka thought they were the royal family of the United States.”

Mariah Carey will never forget crossing paths with Princess Diana: “We were both like cornered animals”