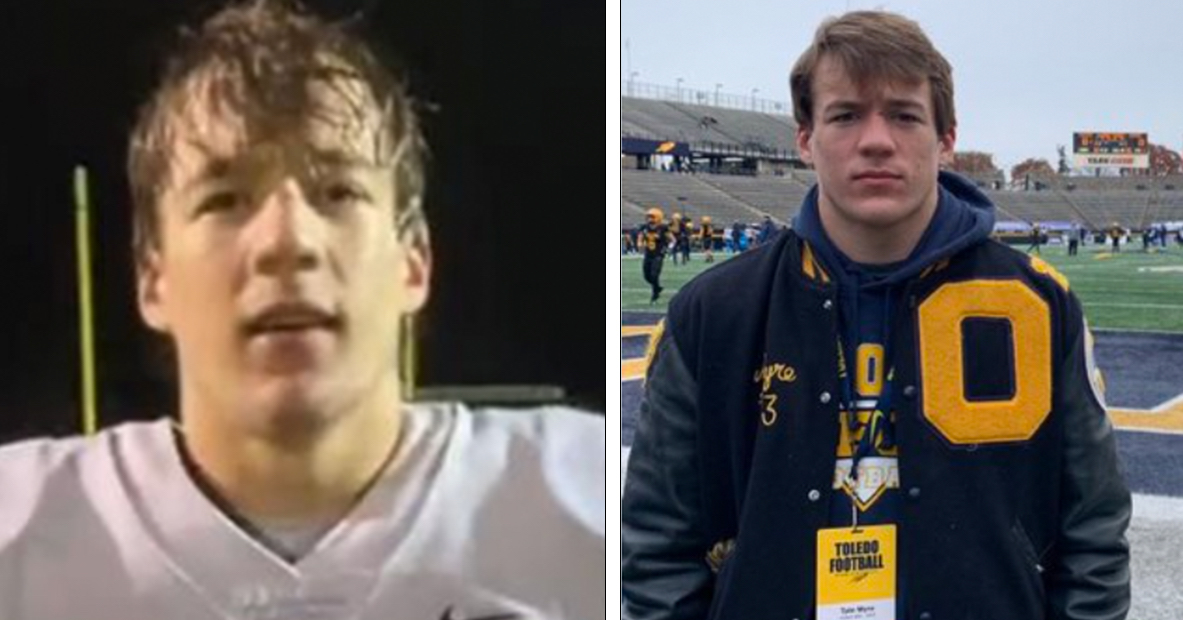 Tributes have poured in for the high school footballer player hailed as an hero after he was killed trying to stop the gunman during the horrific attack on Oxford High School, Michigan on Tuesday.

The suspect – now identified as 15-year-old Ethan Crumbley – opened fire with a semiautomatic handgun at the school at around 1 p.m. So far four people have died, while seven others were left injured.

Teenage students Tate Myre, 16, Hana St. Juliana, 14, and Madisyn Baldwin, 17, were pronounced dead on Tuesday in the wake of the attack. Myre passed away from his injuries while being driven to the hospital in a patrol car.

According to reports, a petition has now been started to rename Oxford High School’s football stadium after one of the fallen, Tate Myre.

Myre is said to have leapt into action when Crumbley began to fire his gun, putting himself in grave danger so that others would have the time to get away.

Tragically, while attempting to disarm Crumbley, Myre was shot – his wounds were so devastating that he died as a deputy tried to get him to the emergency room.

He’s since been hailed as the hero he is. A petition has been started to rename Oxford High School’s football stadium after the 16-year-old.

“Tate is not just a hero to his fellow students at Oxford high school but a legend, his act of bravery should be remembered forever and passed down through generations,” the petition reads.

“He put his life in danger to try and help the thousands of other students at Oxford High School.”

The first call regarding an active shooter at the high school reached Oakland County Sheriff’s Office at 12:51 p.m. local time. Thereafter, they fielded over 100 calls.

USA Today say that students and staff at Oxford High School were first alerted to the presence of an active shooter by a voice over the intercom. At that time, they didn’t know if it was a drill.

Once it became clear that it wasn’t, teachers locked and barricaded doors, covered windows, and instructed their students to hide.

Police arrived within five minutes, and within two to three minutes of their arrival the 15-year-old suspect surrendered, according to reports.

McCabe said that Crumbley was apprehended without a struggle, but refused to talk with at any length with the authorities. His parents have hired an attorney.

Sources speculate that the teenager’s parents may also be charged – Crumbley’s father is said to have purchased the gun used in the shootings on Black Friday.

Oakland County Prosecutor Karen McDonald announced yesterday that the 15-year-old suspect will be tried as an adult.