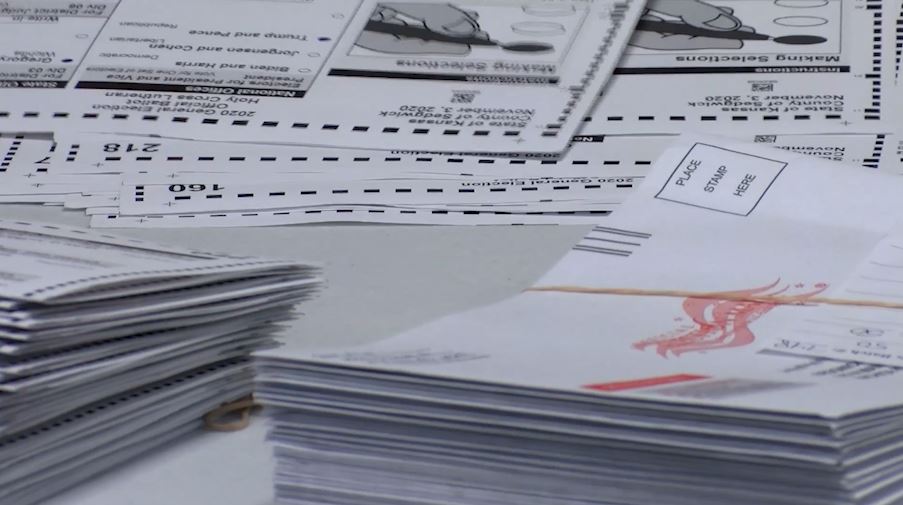 TOPEKA, Kan. – More people than ever voted by mail in Kansas for the 2020 election, and now bills are popping up in the Kansas Legislature that could impact what votes count.

459,229 Kansas voters used advance ballots to vote by mail ballot in last year’s election. 32,367 of those came in after election day. If a new bill, which was discussed in the House Elections Committee on Tuesday, was in place this year, 15,143 of those votes would’ve been thrown out.

The bill’s sponsor, Olathe Representative Charlotte Esau, said this would encourage people not to wait until the last second to mail in their ballot. The Kansas Secretary of State’s office said there were approximately 400 ballots that were received after the three-day grace period in 2020.

Esau said it would also help people trust the process that late ballots aren’t being counted.

“I don’t want that doubt to be available to people, and so that’s why I’m saying we need to close it up a little bit so that we aren’t getting ballots that we’re counting on Thursday, Friday, and then of course we’re turning away the ones that show up on Saturday, maybe they got mailed on time,” Esau said. “So this puts a little more responsibility on the voter to make sure their ballot gets turned in, but not an unreasonable amount.”

“It’s worked very well, people have been very happy with it,” Miller said. “I know of no problems that have been caused by that change, so I don’t know why we would be taking a step backwards.”

He said shrinking the number of days to allow ballots is voter suppression.

“Everybody’s ballot when legally cast should be counted, and these are ballots that are legally cast, and they shouldn’t be disqualified just because they didn’t arrive the day after they were put in the mail,” Miller said.

Esau said this isn’t suppression, and that voters have many opportunities to vote early in-person, in the mail, or to drop their ballot off.

“We’re doing everything we can to make things convenient for the voter, but at the same time we also need to have confidence in our system and make sure that people don’t have any doubts about when ballots were returned,” Esau said.

The secretary of state’s office is neutral on the bill but urged caution in making any major changes to Kansas elections.