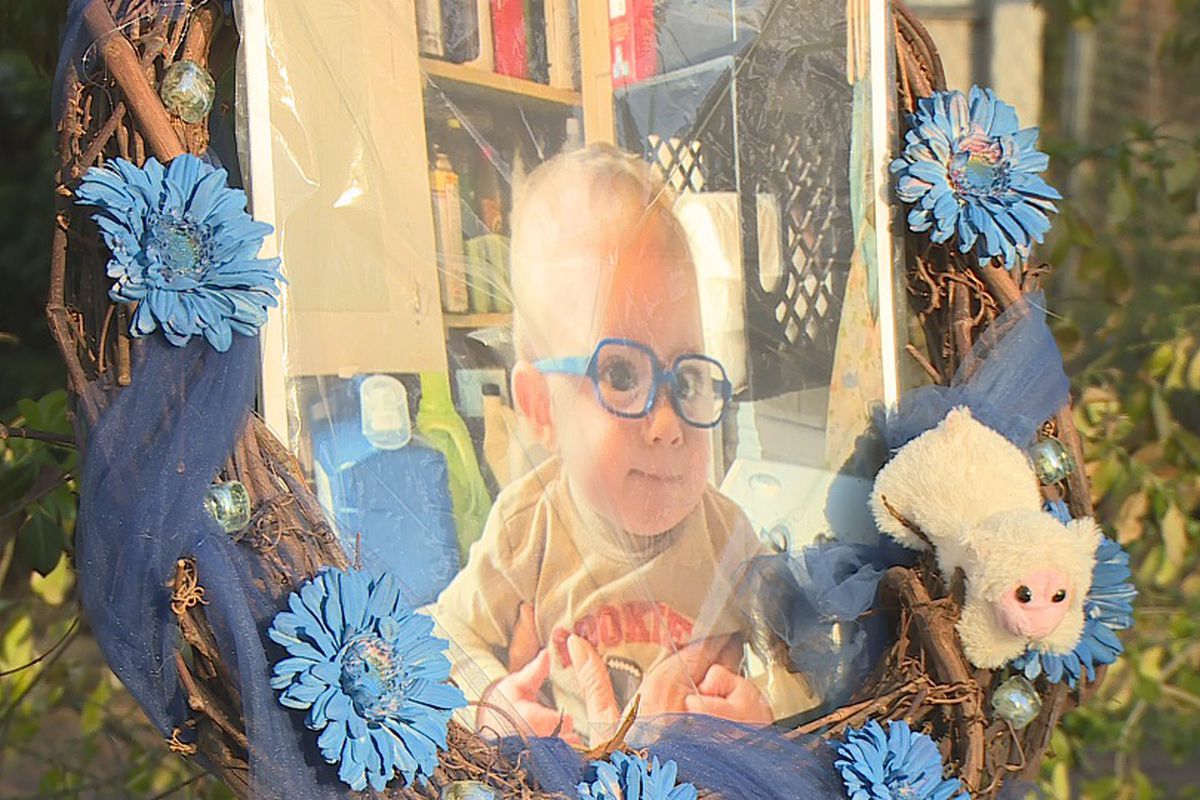 Community members came together to hold a memorial for eight-month-old, Braxton Lee Ryder Morgan, he died Tuesday when a wrong-way driver crashed into his family’s car.

Braxton died Tuesday night. Authorities say a person speeding in the wrong direction collided with the vehicle Braxton was in at SW 5th and Polk.

“Any loss of life is tragic but when you’re talking about our most vulnerable, our children, it kind of touches a different cord,” Sgt. Mike Burns with the Topeka Police Department emphasized.

“That’s what you’re seeing here in Topeka, our capital city. you saw the fire chief, you see the police department, we’re still members of the community. We grieve with the family members and we wanna be able to help in any way we can,” Sgt. Burns added.

The family says the community’s support is helping them through this tough time.

“Just seeing the amount of support that the community, as well as they, have been donating,” Kozero explained.

“It is much appreciated. There’s a lot to take care of in a short amount of time to get everything done. It is just amazing, that someone actually took the effort to make something out of such a tragedy,” she added.

Three other people in the car that was hit remain in the hospital, recovering, including Braxton’s mom.

“My sister is good, I heard that she had surgery on her thumb today. My mom moved from critical care back upstairs where my sister is at. My brother had his surgery last night and I heard from other family members that he is doing good,” Kozero said.

Kozero says there’s a lesson in this tragedy, “if you’re going to take the one way wrong don’t be going 90 mph,” she emphasized. “It can take one more than one person, it could’ve taken everybody.”

TFFJC to host meet and greet with social justice activist