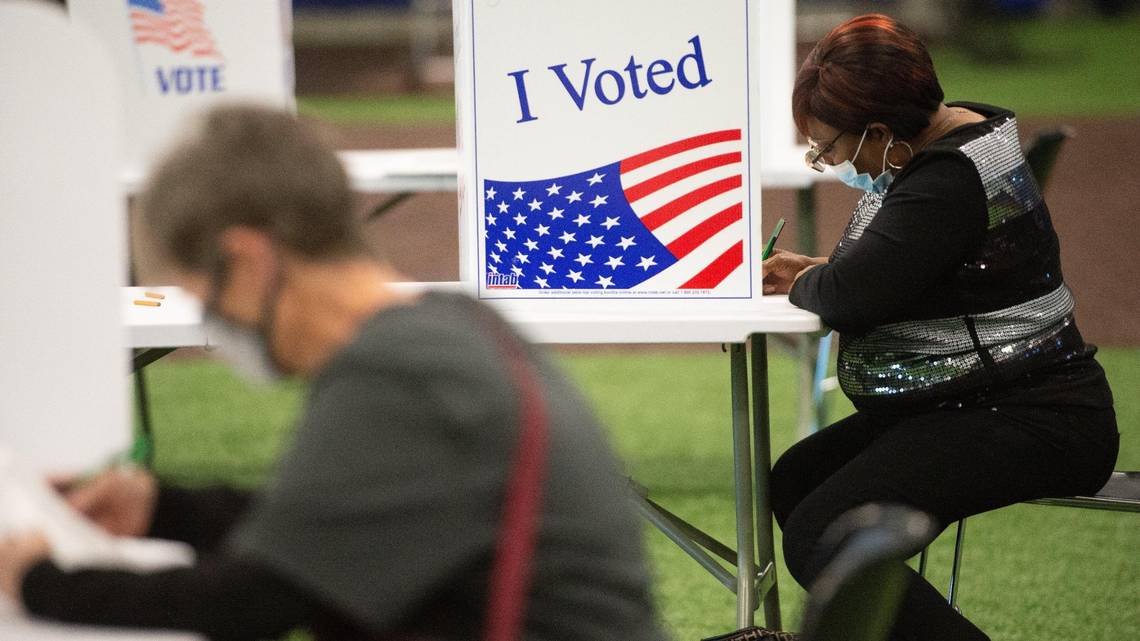 Kansas – A loosened version of a bill to limit who can return advance ballots on behalf of another voter is headed to Gov. Laura Kelly’s desk, although the changes didn’t do enough to placate Democrats, who have maintained the bill will make it harder for Kansans to vote.

House Bill 2183 would restrict the number of advance ballots an individual can bring to the polls on behalf of a neighbor, friend or acquaintance. It also would outlaw the practice of candidates carrying ballots on behalf of residents.

Under the proposed legislation, anyone bringing an individual’s ballot to the polls would have to submit a statement where both parties must certify there was no pressure exercised to force a voter to cast their ballot in a certain way.

Negotiations between House and Senate members softened the bill, changing the penalty for violating the provisions from a felony to a misdemeanor.

It also increased the cap on advance ballots a person can drop off in an election cycle to 10 ballots. Family members would remain exempt from the requirement.

“We were able to resolve some of the issues with the disabled and the elderly. … I think we have a much better bill now and I think the folks who were concerned with election issues will be pleased as a result,” Sen. Brenda Dietrich, R-Topeka, who voted against the bill last week, said on the floor.

Lawmakers have joined their counterparts in dozens of states across the country in moving legislation to change voting laws in the wake of the 2020 election.

Republicans cited the need to ensure safe and secure elections, despite the fact that there were no known instances of fraud in Kansas. Secretary of State Scott Schwab’s office has praised the integrity of the system in hearings with legislators earlier this session.

“We can have better elections I think — but our focus is wrong,” Sen. Jeff Pittman, D-Leavenworth, said. “We’re trying to focus on these details and really restrict the vote of our people out there. I understand the desire to make sure no election is stolen, I really do. But I also want to fight those elections that are bought.

“And I really think we’re going down the wrong direction with this.”

‘In our minds, it provides an undue influence’

The bill cracks down on a practice that has been used by a number of candidates, primarily Democrats, over the years, namely gathering and transporting ballots on behalf of their constituents. In many cases, they argue it is a way of helping voters who lack transportation to the polls or have mobility issues.

But Republicans have framed it as poor optics for a candidate to help voters, arguing a candidate cannot go into a voting booth to help someone mark their ballot.

“In our minds, it provides an undue influence — that we are standing over the person to help and potentially altering the outcome of how they would fill out their ballot,” Carpenter said.

Democrats pointed out that candidates can currently serve as poll workers. And they argued that other individuals, including campaign staff or local party officials, are still free to handle advance ballots.

Rep. Vic Miller, D-Topeka, cited an example where he carried the mail ballot for a sick constituent who wanted him, rather than her family or friends, to drop off her vote.

“When I pick up the ballot, if it’s already marked, it’s already in a sealed envelope, there is no influence involved in the casting,” Miller said. “That person asked me to assist them. And that happens a lot.”

The bill also includes language precluding election officials from seeking outside funding to support their operations.

Separate legislation, House Bill 2332, was also approved Thursday night, would ban the governor, the executive branch and the judiciary from changing the state’s election law.

The legislation now goes to Gov. Laura Kelly, who hasn’t weighed in on whether she will sign the bills. The House likely wouldn’t have the votes to override a potential veto, unless members changed their vote.