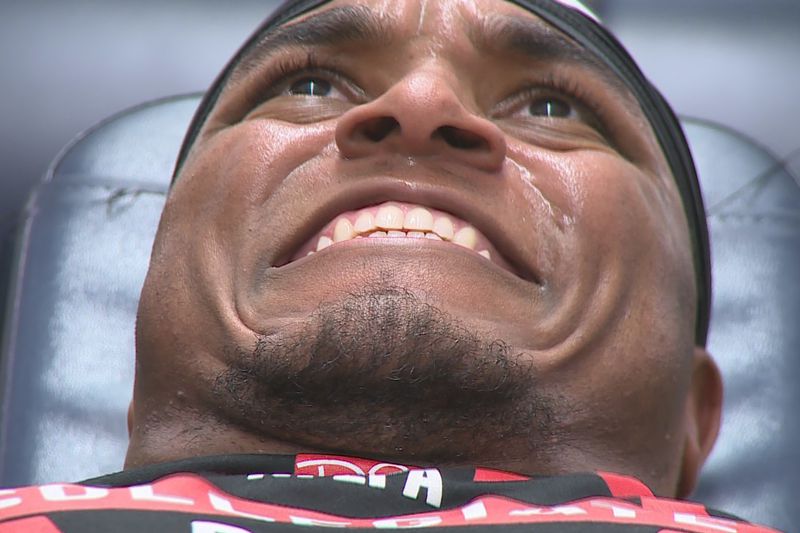 Suiting up on Sundays to play football in the NFL.

“If you asked me this back in high school what I want to do when I grew up,” Hinton said. “I’ll be like, ‘I don’t know. I’ll figure it out when I go to college.’ The NFL would just be on the bottom of that list as a possibility.”

The Former Ichabod’s rookie season is in the books.

“Learned a lot of great things and, uh, you know, overall it just a great first year.”

Making a name for himself in the league met an immediate road block. The COVID-19 pandemic forced rookie minicamps to be virtual and ended the preseason games. With less chances to shine, Hinton had to work harder.

“What got me noticed out of Washburn was my physicality and my athleticness,” Hinton said. “Every time I lined up, I know my assignment on the play now. Go get it done to the best of your ability. Don’t second guess yourself. Getting off the ball and hitting somebody.

It paid off. For the final game of the season, Kyle was promoted to the active roster.

Now, Kyle Hinton’s preparing for the next step.

“Now I’m just focused on coming in this year and just showing all the progress that I’ve made,” Hinton said. “So I’m just really excited for that.”

Washburn Baseball looking forward to getting back on the diamond