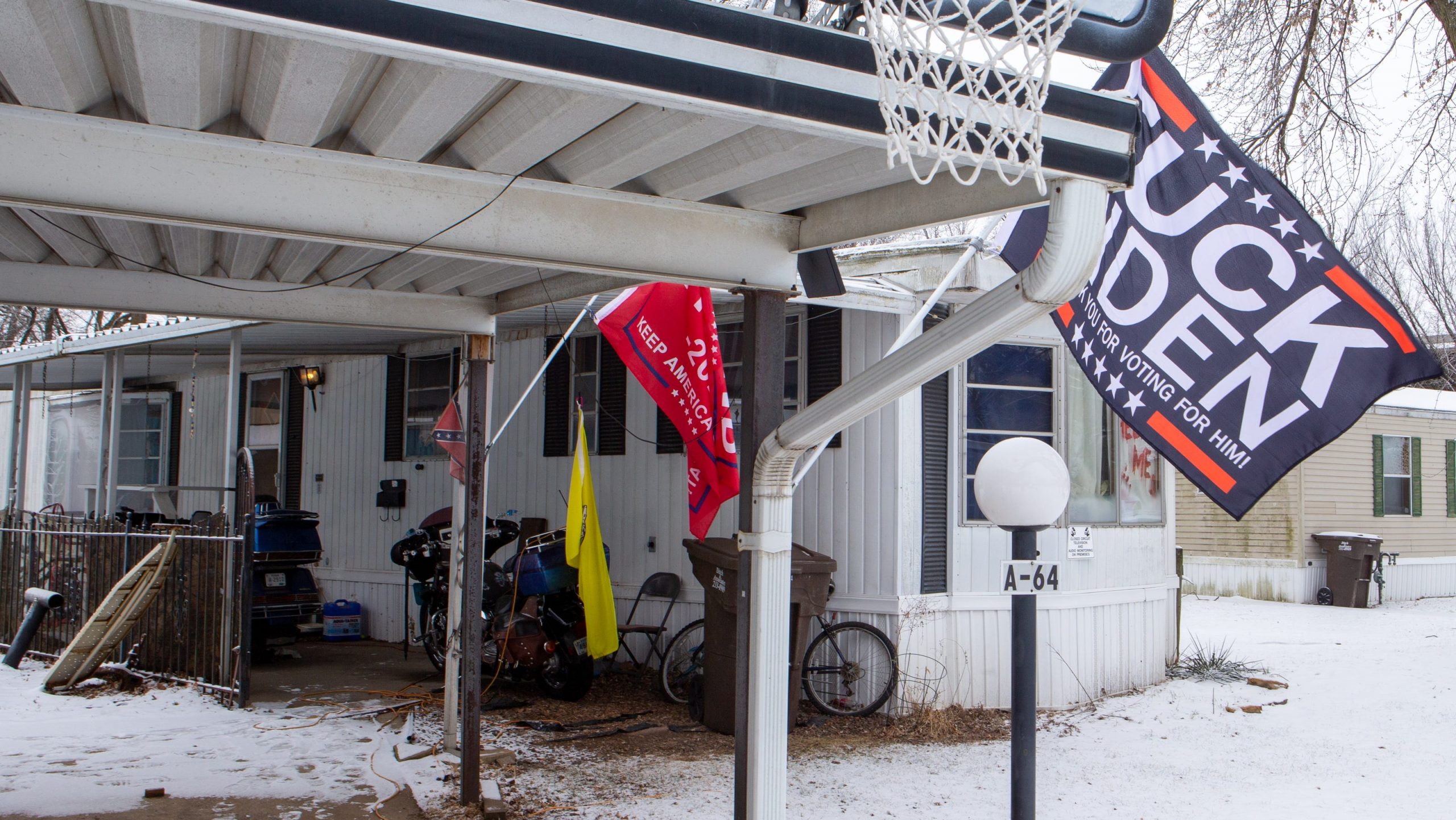 TOPEKA, Kan. – David Peterson said he is offended by the presence of a vulgar word that twice appears on an outdoor flag flown by his neighbor, Brian Keller, who supports former President Donald Trump.

“(Expletive) Biden and (expletive) you for voting for him,” the sign says in all capital letters.

Still, the presence of that expletive on that flag doesn’t violate the sign code maintained by Topeka’s city government.

The city doesn’t tell people what their signs and flags may or may not say, Peterson learned this week when he called the city attorney’s office.

That code regulates the design and physical characteristics of signs and flags but not their content, city media relations coordinator Molly Hadfield said Tuesday.

The last time the city revised its sign code, in 2019, planning director Bill Fiander suggested the mayor and council avoid adopting regulations that would govern content.

“Content-based sign regulation is unconstitutional with minor exceptions,” the planning department says on page 59 of a document posted on the city’s website.

Peterson expressed surprise Tuesday that city code doesn’t address the presence of vulgar or offensive words on signs or flags.

Keller, whom Peterson said he hasn’t met, lives in a nearby lot.

Peterson said a “Make American Great Again” flag was flying outside Keller’s mobile home at the time Peterson put up an American flag outside his own mobile home on Jan. 20, the day Joe Biden was inaugurated as president.

Peterson said he did that to show his support for “the continuation of our democratic republic and the ideals on which it was founded.”

Keller has a right to fly that flag, he said, when he was contacted by a reporter who came to his front door Tuesday.

“He’s got his opinions and I’ve got mine,” he said.

Peterson said his next step would be to complain to the Vineyard, Utah-based company that owns Coachlight South Mobile Home Park.

Peterson said he hopes the owners will respond by asking Keller to take down the flag he considers offensive.

If they don’t, Peterson said, he will buy and put up his own signs telling what he thinks of Trump.