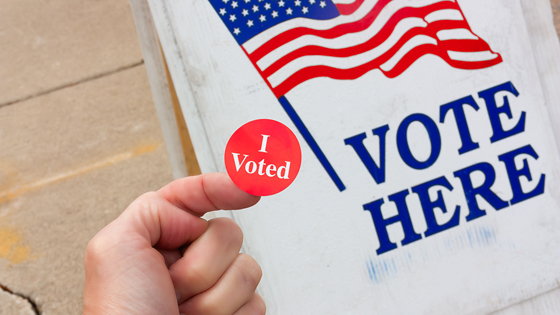 Kansas – You might have heard about “ballot harvesting” recently. Kansas politicians are trying to restrict the practice, and some have linked it to baseless suggestions of election fraud in our state.

What is ballot harvesting anyway?

Ballot harvesting is a political spin term that some consultant probably made loads of money to invent because it sounds suspicious and scary. It refers to when a voter completes their absentee ballot and gives it to another person to return on their behalf. You might more accurately call it “ballot collection” or even “help turning in your ballot.”

The sick, elderly, or disabled are more likely to rely on others to return their ballot. Imagine you are the caregiver for an elderly parent who uses a walker. Your parent requests and completes a mail ballot. You take that ballot to the mailbox, post office, or ballot drop box for them. You are a ballot “harvester.”

Ballot collection is more common in rural areas, like western Kansas, where mailboxes are often centrally located away from homes. On some large Native American reservations, voters may need to travel hours on unpaved roads to access mail services, causing accusations of discrimination given the unequal impact of ballot collection restrictions on rural minority communities.

Nationwide, campaigns and both parties have long engaged in ballot collection, sometimes sending staffers door-to-door to collect absentee ballots from known supporters who have not yet returned them. Interest groups, civic groups, and churches, especially White Evangelical churches, do it in voter mobilization drives.

Most states regulate ballot collection. Some only allow certain types of people to return ballots for others. Alabama totally bans the practice. Kansas voters may designate someone in writing to return their ballot. That designee must also sign a statement that they did not exercise undue influence on the voter they are helping.

Kansas conservatives want to modify those rules. One bill proposed earlier this year made it a felony for anyone but family or caretakers to deliver another person’s ballot. So, if your friend breaks their leg and you sympathetically offer to take their mail — including their ballot — to the mailbox for them, that bill could arguably have made you a felon.

Another conservative-backed proposal would limit to five the number of ballots that one person can deliver. By capping ballots, this bill targets groups — campaigns, churches, civic organizations — engaged in turnout efforts, potentially criminalizing their activities. Still, groups could simply recruit more volunteers to skirt the cap.

Let’s be clear about a few things. First, voters should only give their ballots to people they trust. Second, opponents of increased regulation on ballot collection are not saying that there should be no regulation. Third, some voters genuinely need help returning their ballots, and ballot collection done by individuals or groups can be a lifeline for them.

Lawmakers should walk the line between reality and the allure of strategically exaggerated victimhood fantasies. Overwhelmingly, ballot collection is not linked to fraud. Though isolated cases always exist, like the Republican operative in North Carolina whose large-scale ballot fraud operation forced a redo in a congressional race.

If lawmakers restrict ballot collection on the false pretense of cleaner elections, they should at least weigh the costs to voters and avoid turning Kansas into Alabama, where innocently helping neighbors can make you a criminal.