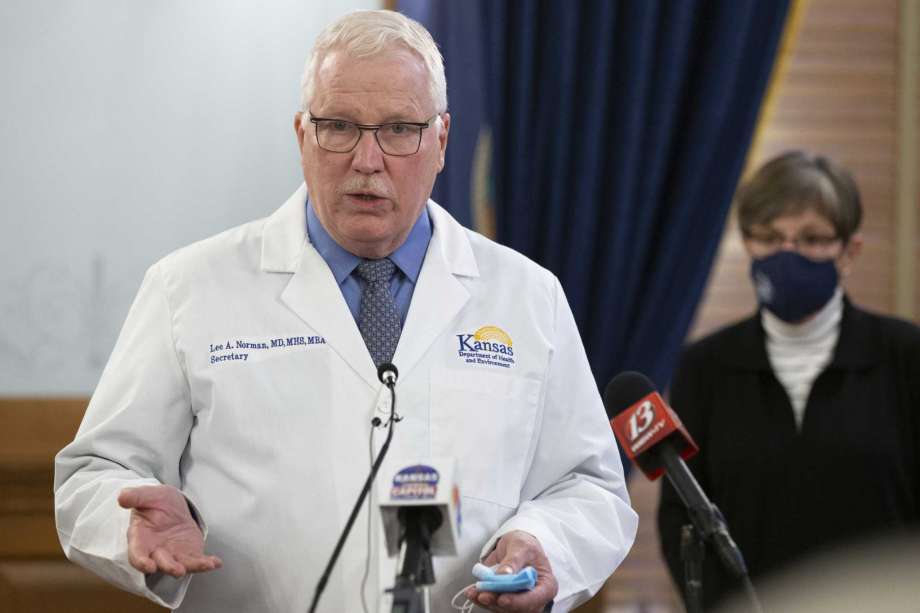 TOPEKA, Kan.— Kansas expects to finish giving COVID-19 vaccines to long-term care residents and health care workers by the end of this month and has moved people aged 65 and older into the next group to receive the shots.

Democratic Gov. Laura Kelly on Thursday announced new details about the order in which her state’s residents will be eligible for inoculations, and making people aged 65 to 74 years an earlier priority was the biggest shift.

The state’s previous plan had that age group getting theirs after people in “congregate” living, such as state hospitals, shelters for the homeless, and prisons.

The governor’s comments last month in a Topeka Capital-Journal interview that prisoners would get vaccinated relatively early prompted scathing comments from the Kansas Republican Party and leaders in the GOP-controlled Legislature.

But Kelly said during a Statehouse news conference, “This is all based on science.”

The Kansas GOP tweeted that Kelly “listened to us” in moving older Kansans up in line but added: “It’s a bad thing prisoners remain in the same phase as those seniors. Prioritize law-abiding Kansans first!”

The American Medical Association adopted a policy in November calling for prisons to have priority in getting vaccines, with one board member calling it among the steps vital to stopping the spread of the virus. A report in December from professors of medicine at Yale, Columbia and the University of North Carolina called for giving inmates vaccines early, saying outbreaks in prisons and jails “spill over to the community.”

“My administration will make our decisions based on what the doctors, the public health experts and the science tells us, not the politics,” Kelly said.

Kelly released the updated vaccine rollout plan, with a chart designed to make its five phases easier to follow, amid concerns that the process was moving too slowly.

On Monday, the Centers for Disease Control and Prevention ranked Kansas last among states for its inoculation rate per 100,000 residents. That was no longer the case in a CDC report Thursday, with five states trailing Kansas.

Dr. Lee Norman, head of the state Department of Health and Environment, said he believes the true number of shots given could be nearly twice Kelly’s figure, about 90,000.

“People are not sitting on the vaccines and keeping it in storage,” Norman said. “They’re giving it into people’s arms.”

The third phase includes people aged 16 to 64 with medical conditions that put them at severe risk if they are infected with COVID-19, including cancer and Type 2 diabetes, as well as workers in critical industries such as information technology, aviation, transportation and government.

People with less severe health problems are included in the fourth phase and the fifth and final group includes everyone else.

Counties with unused vaccine doses after inoculating all health care workers and long-term care residents who wanted to be vaccinated were supposed to shift spare doses to counties in need of more. But the process is paperwork heavy, and some counties just went ahead and vaccinated people in lower priority groups, said Dennis Kriesel, executive director of the Kansas Association of Local Health Departments.

He said the state should have moved quicker to explain the phases of the rollout, noting that people are desperate for information. He got one call from a woman in her 70s with lymphoma who wanted details because she hadn’t been able to see her grandchildren in a year.

“We didn’t need the vaccines to be ready to set our priorities,” he said. “We could have set the priorities months before that.”

Sedgwick County health director Adrienne Byrne said she has been getting emails from people with chronic illnesses who have hardly left their homes since March.

She said the county has administered about half of the 10,400 doses it has received and noted that the process is speeding up. A massive clinic has been set up at an arena, with staff capable of vaccinating 50 people every 15 minutes.

“Some of them are crying with relief,” she said. “I heard one gentlemen say to the person who gave him the vaccine: ‘You may have just helped save my life.'”