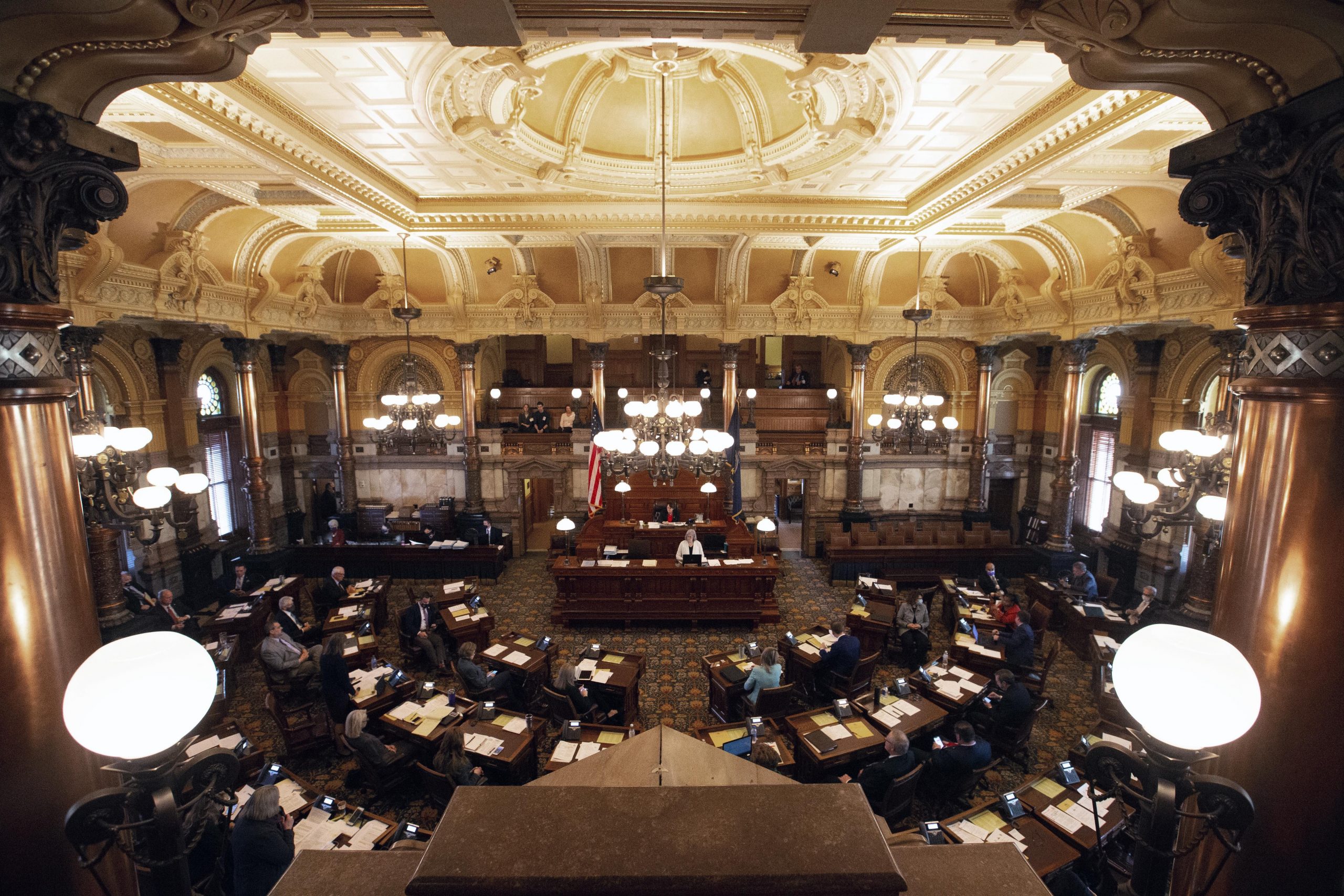 TOPEKA, Kan. — The Kansas Senate passed a bill on Thursday that would greatly expand a tax credit program for private school scholarships, with Republican legislators batting away several intraparty dissenters and suggested amendments in a lengthy debate.

The program that the bill would affect uses tax credits to reimburse donations that fund scholarships for private schools — up to a 70% reimbursement of a maximum $500,000 donation. But currently, it only applies to scholarships for students who are eligible for free lunch and attend one of the hundred lowest-performing elementary schools in Kansas. Right now, the program serves about 600 students.

But under the proposed changes, students from any public school in Kansas could qualify as long as they were eligible for free or reduced lunch programs. This would open eligibility for the scholarship program to a pool of about 200,000.

Senate Republicans touted the bill as a way to provide opportunities to all children in need, not just those who happen to attend a poorly performing elementary school.

“We are going to give an opportunity for those kids in middle school and high school who have not had an opportunity, a choice,” said Sen. Molly Baumgardner, R-Louisburg, the chairwoman of the Senate Education Committee.

But Democrats and opponents of the bill who testified in committee hearings called it a thinly veiled voucher program that would sap public funds for the benefit of private institutions.

The measure passed the Senate, 23-14, with three passing or absent and several Republicans breaking from party lines. A bill with the same language and intention was passed out of the House K-12 Budget Committee and awaits action on the House floor.

The tax credit program has been in place since 2015 and costs the state about $2.5 million annually, money that would otherwise go into the general fund. The bill would not raise the $10 million annual cap on tax credits.

Public school advocates said the change would allow schools to “cherry-pick” students from a much larger pool, rather than just those in need. They said it would provide schools the choice, not parents and children. They also said investing in early childhood education or special education programs that still needed funding would yield higher returns.

Senate Minority Leader Dinah Sykes, D-Lenexa, called the scholarship program a tax loophole that would serve as a way to launder money to pay back wealthy donors. While it might not be a voucher program in name, the result would be the same, she said.

“We’ll be here next year, the year after and the year after that attempting to amend this program and expand its scope until it’s a full-blown voucher program and we have destroyed our public schools,” Sykes said. “Now, what’s going to be next? A public pool and a public park is nice enough, and we’re going to offer tax credits to join the country club?”

Other concerns include the potential for Catholic schools to exclude LGBTQ students from enrollment. These concerns led to a series of regulatory amendments changing the proposed qualifications for a participating school.

Sen. Cindy Holscher, D-Overland Park, offered an amendment asking for an anti-discrimination statement to be posted in school literature, recruitment packets and other school documents. She said this mirrors the language required of public institutions across the state.

“If this is the policy and the procedure, it should not be an issue to have this language inserted into the bill,” Holscher said. “If our private institutions want to be a part of this program and enjoy some of the same benefits that our public schools do, then it’s important that we have consistency between institutions.”

The amendment was ruled irrelevant by the Senate Rule Committee, which raised eyebrows among some Democratic legislators. Sen. David Haley, D-Kansas City, said GOP senators were setting a dangerous precedent by using their supermajority to reject relevant amendments.

“Because there is a supermajority, we’ll simply choose not to have a discussion or debate because the issues may make some uncomfortable,” Haley said. “This measure is germane to the topic of school finance, and whether or not those funds can be used to discriminate is something that our state law should codify.”

Senate President Ty Masterson said in this case the amendment simply did not hit on sufficient “points” to be considered relevant.

“Now this is one of those times, I will contend, where it didn’t hit all nine points, but that’s not rare,” Masterson said. “That was a fair discussion on the rule.”

Sen. Pat Pettey, D-Kansas City, proposed two amendments to the bill. The first one required that involved schools be accredited by the state board of education, and the second would have walked the program back to the 100 lowest-performing elementary schools.

Baumgardner countered that this would only allow urban, not rural, schoolchildren to be eligible. Both amendments failed by voice vote.

Sen. Brenda Dietrich, R-Topeka, was one of four Republicans to oppose the bill. Dietrich, a former public school teacher and superintendent, said public schools were essential to the state’s economy, and that state resources should go toward making public schools better.

“I think good public schools are good business,” Dietrich said. “Public schools accept every child. The severely, multiple-handicapped child. The children that have never gone to a preschool program and can’t even begin to recognize their letters and colors. … I choose to put the resources that we have in our public sector.”