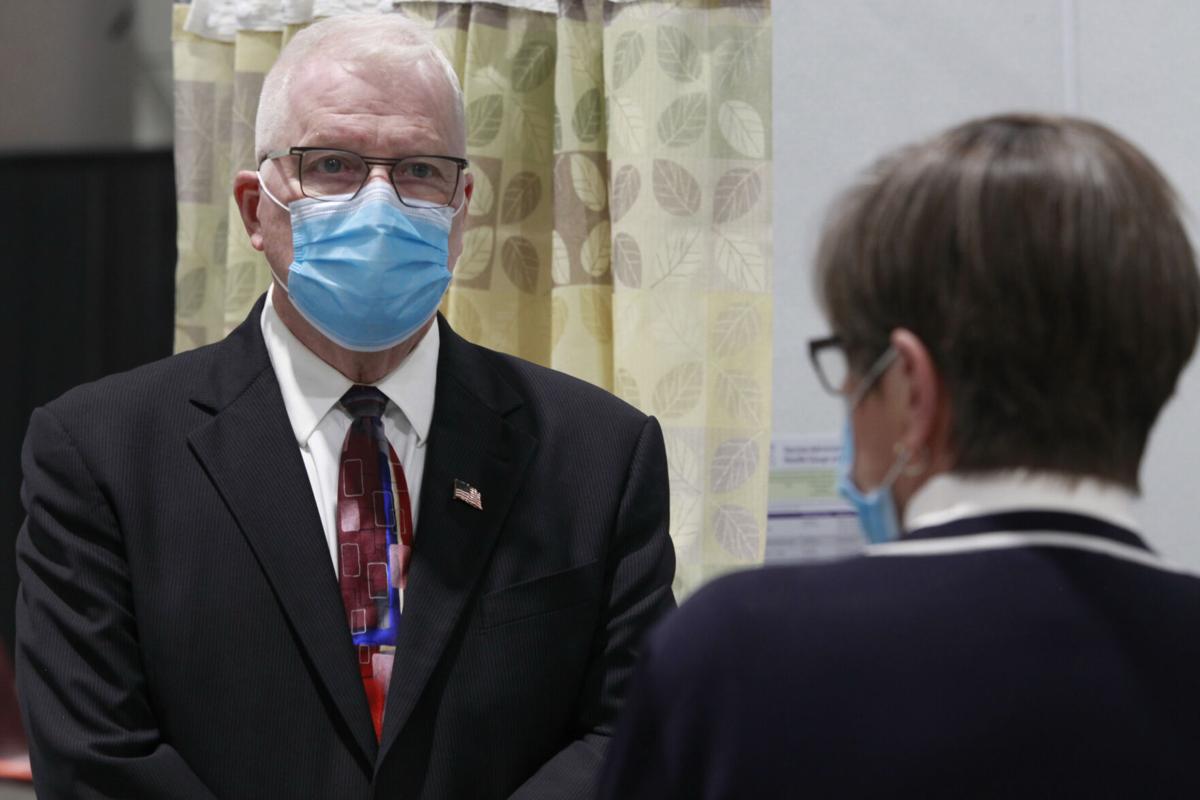 TOPEKA, Kan. — Kansas will give COVID-19 vaccinations faster than planned so that all adults with medical conditions can seek shots next week and the state will aim for President Joe Biden’s goal of having inoculations available for all adults May 1, Gov. Laura Kelly announced Monday.

Kelly said the state will launch both the third and the fourth phase of its planned vaccine distribution next week, a week before the expected arrival of 100,000 doses of a single-shot vaccine made by Johnson & Johnson. The combined phase will cover about 600,000 of the state’s 2.9 million residents, after the first two phases covered twice that number.

“I know we are all ready to resume our pre-pandemic lives, and we’re getting close,” Kelly said after touring a mass vaccination site at Topeka’s largest arena and convention center.

Both Kelly and Dr. Lee Norman, head of the state Department of Health and Environment, said the supply of vaccines from the federal government has been the biggest hurdle to moving faster on giving shots. Yet Kelly declared herself “pretty comfortable” that the state can hit its new timetable.

“If something happens and we have to pull back, we will do that, but we’re not anticipating that,” Kelly told reporters.

People aged 16 to 64 with medical conditions, including cancer, diabetes and asthma, that put them at risk of complications or death from COVID-19 will be eligible for shots. Kelly and the state Department of Health and Environment had held some of the state’s counties back from starting inoculations for such residents until all counties had finished vaccinating residents 65 and older during the second phase.

The Democratic governor has faced strong criticism for weeks from Republicans in the GOP controlled Legislature over what they view as a slow distribution effort. They have been especially critical of the state’s refusal to allow counties to go ahead with vaccinating cancer patients under 65.

The governor’s announcement came only hours after Norman told the state Senate health committee that Kansas could distribute five times as many COVID-19 vaccine doses as it is currently receiving from the federal government without “working overly hard at it” and handle as many as 1.5 million shots a week.

Biden pledged last week that all American adults would be eligible for shots by May 1.

Data released Monday by the state health department showed that the number of COVID-19 vaccines administered in Kansas has accelerated to an average of about 22,300 a day for the seven days ending Monday. But Kansas still reported administering less than 855,000 doses overall.

Norman said the state is now receiving between 140,000 and 150,000 vaccine doses a week. Kelly and Norman acknowledged that Kansas can’t be sure that Johnson & Johnson will be able to regularly deliver as many doses at a time after the first 100,000 arrive. Kansas health care providers can operate as many as 1,450 vaccination sites, Norman said.

The state health department reported Monday that about 568,000 of the state’s 2.9 million residents or 19.5% had received at least one dose of a COVID-19 vaccine. The department said Kansas sites have administered almost 73% of the 1.17 million doses the state has received.

Kan. set to move to phase 3 and 4 of COVID vaccine distribution

Kansas moving to Phases 3 and 4 of vaccine distribution