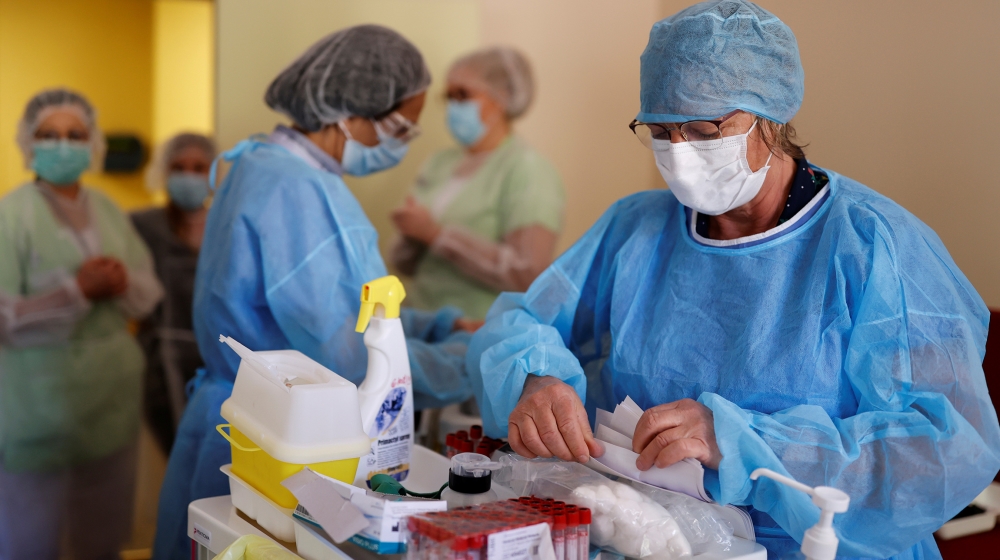 TOPEKA, Kan. – Earl Kuhn is back home, continuing to build strength toward a return to doing what he loves. The Medicine Lodge artist was flown to Topeka where he was placed on a ventilator after testing positive for COVID-19. Now, he is rehabbing at a hospital close to home, trying to get back to painting.

Kuhn, a Western-themed artist, hasn’t been able to create pieces in almost a month due to COVID-19. He was flown to Topeka after he couldn’t breathe and was placed on a ventilator for 11 days.

“It’s pretty scary when you know he’s not breathing and he goes away for that long, and I’m sitting here. All I can do is pray,” Kuhn’s wife, Kaye Kuhn said.

Kaye said she believes prayers helped her husband get off the ventilator.

“He is now in physical therapy. He can breathe on his own, thank goodness,” she said.

Now, the toughest road ahead for the artist is getting the full function of his hands back. His family said they’re thankful to see him gradually getting better.

“When he was on the ventilator, I think I probably called my dad every hour, waiting for updates,” Kuhn’s granddaughter, Megan Quigley said. “You know, my grandparents helped my dad raise me, so (Kuhn is) my grandpa, but he’s also my dad.”

Kuhn’s family said they’re thankful for healthcare workers who have helped him in his recovery.

“He is using his hands more every day and they have him walking and exercising and lifting weights,” Kay Kuhn said. “They keep him busy in there.”

Kansans encouraged to get tested after holiday celebrations