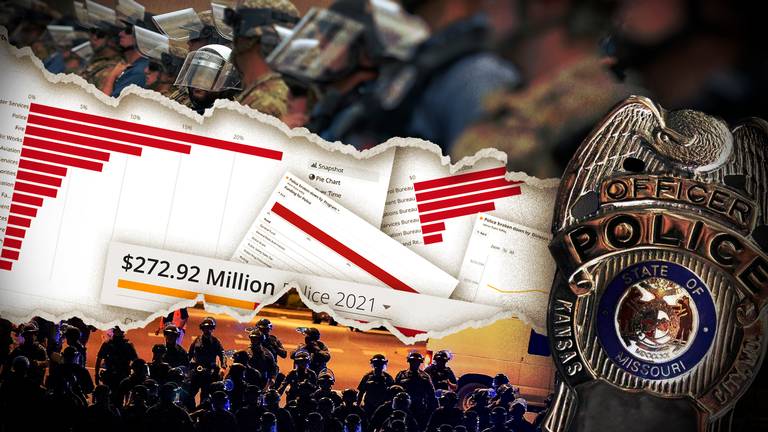 TOPEKA, Kan.— Some members of a commission established by Kansas Gov. Laura Kelly to examine policing and other racial justice issues are critical of rules set by the Kansas chapter of the National Fraternal Order of Police union for an upcoming discussion.

The Kansas FOP is allowing a maximum of five to six members of the 15-member Commission on Racial Equity and Justice to participate in a planned “listening session” scheduled for next month, commission members said in a meeting Thursday. The police group is also requiring commissioners to send their questions ahead of the discussion.

The Kansas FOP is the local chapter of the National Fraternal Order of Police, an organization that represents close to 350,000 officers nationally.

Kelly created the commission in June, about a month after George Floyd’s death in Minneapolis after a white officer pressed his knee against the handcuffed Black man’s neck as he pleaded for air. Floyd’s death sparked protests and led to a nationwide reckoning on race.

In an announcement, the governor’s office said the commission would first study relationships between Kansas law enforcement agencies and the communities they police. The commission is also charged with making recommendations to the governor, state legislature and local governments to increase racial equity and justice.

“The whole purpose of the governor putting this task force or commission together is to get to the root of the issue so we can stop having conversation and actually do something about the issue,” said Commissioner Mark Dupree, who also serves as Wyandotte County District Attorney.

“There are racial inequities in this state and in order for us to really bring about change and togetherness with black and brown and broke folks in this state with law enforcement, the FOP have to be willing to deal with real conversation and real issues without wearing their emotions on their sleeve,” Dupree said.

“The Commission has organized 25 learning sessions with various stakeholder groups and has received important information through this process,” the statement read. “We look forward to an engaging session with the Kansas FOP without any limits on the conversation. Their input will assist us on recommendations to address the structural inequalities that exist in Kansas.”

Ways to safely deliver candy to trick or treaters on Halloween