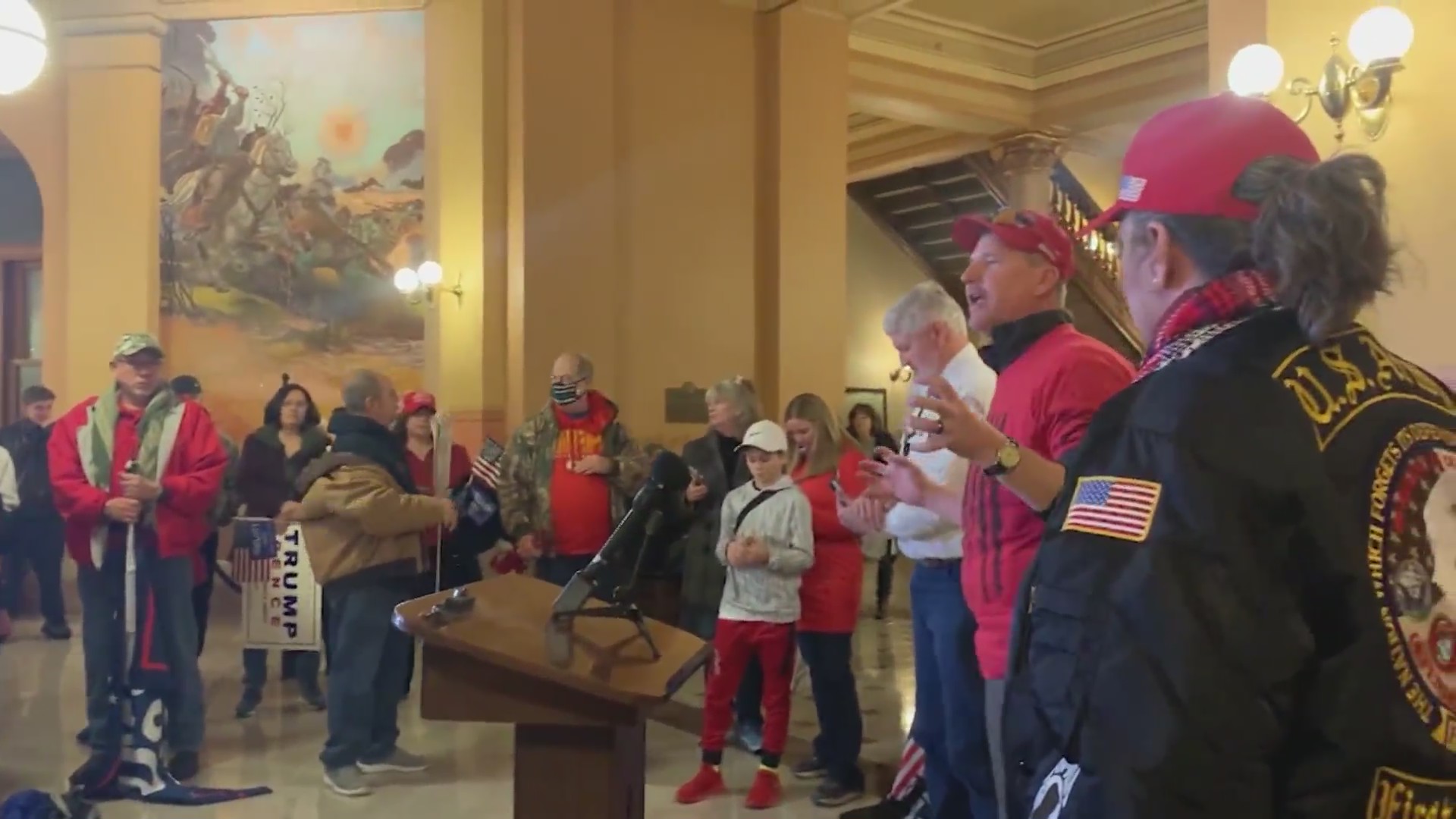 TOPEKA, Kan. — A rally at the Kansas Capitol in Topeka remained peaceful Wednesday. Protesters started gathering outside on the lawn and eventually moved inside the building.

Hundreds of people were there to support the effort to contest the electoral vote in Washington D.C. Some held American flags while others held Trump flags.

Capitol Police said the groups had a permit to be at the Statehouse.

When they moved inside, protesters went through proper security screenings and followed the rules, according to police.

Capt. Amber Harrington said this was a good example of what a protest should look like, and people in Washington D.C. should take note.

Harrington said it was more like a family visit when protesters were in the state Capitol Building. People were talking, taking pictures and listening to the person speaking at the podium.