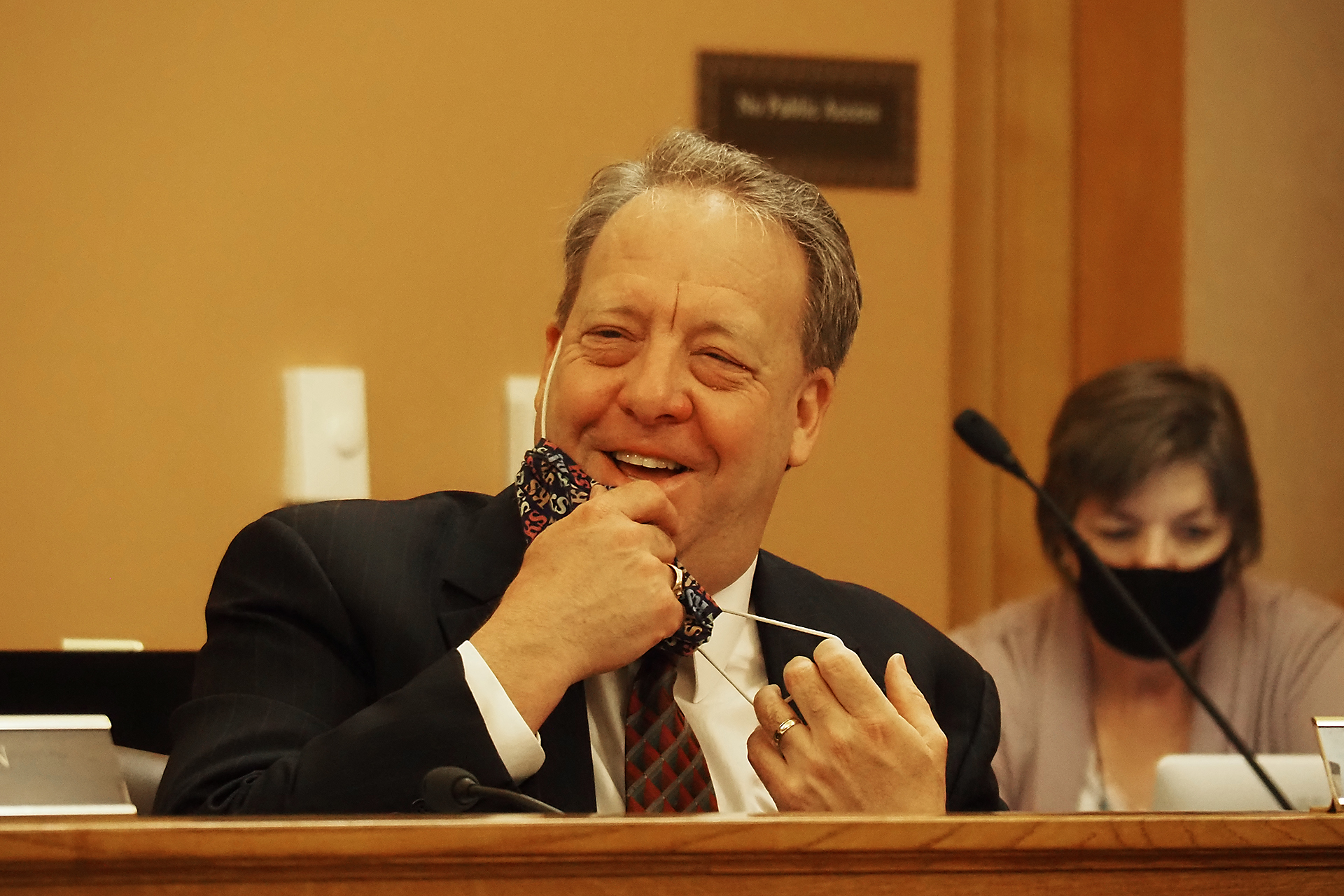 TOPEKA, Kan. — A new Senate plan would redirect a portion of federal COVID-19 aid from the state and counties to small businesses impacted by public health orders during the pandemic.

The bipartisan compromise between Sen. Mark Steffen, a Hutchinson Republican, and Sen. Tom Holland, a Baldwin City Democrat, emerged during a committee hearing Tuesday. The conceptual deal is still being drafted with hopes of advancing formal legislation before the Legislature adjourns at the end of the week.

The Steffen-Holland plan would be inserted into Senate Bill 149, one of several pieces of legislation that were crafted to punish counties for imposing shutdowns, social distancing or mask mandates on businesses. Other ideas have called for a portion of federal aid to be set aside to settle class-action lawsuits from businesses.

Holland said the goal of the new plan is to avoid placing blame on officials for restricting business but still “recognize your pain” and provide some tax relief. The plan retains proactive protections for businesses from future restrictions.

Under the proposal, businesses could apply to the Kansas Department of Revenue for up to $7,500 in lease and property tax refunds. The state and county where the businesses is located would split the bill evenly, using federal COVID-19 aid.

The plan limits the scope of who is eligible based on the size and type of business, and how long the business was shut down or adversely affected.

For-profit businesses with a majority of retail sales at a physical location could apply for a refund if they reported between $10,000 and $2.5 million in 2019 revenue and haven’t received more than $350,000 in pandemic-related funding already.

The senators produced a list of businesses who would be excluded from receiving aid because they “made out like bandits and they really don’t need this relief anyway,” Holland said. Those businesses include grocery, hardware and retail liquor stores, manufacturers, cable and telephone companies, utilities, schools, health care providers, property management, professional services, agriculture producers, and financial institutions.

Steffen proposed clarifying the language to ensure agriculture producers who operate a storefront would still be eligible.

“In my area, we do have those farmers and ranchers who do vertically integrate all right their on their farm, and I don’t think they should be excluded,” Steffen said.

Among other requirements for the program, businesses must be in good standing with the Secretary of State and up to date on property tax bills.

Holland, without saying names, referenced Kansas Reflector stories about fitness club magnate Rodney Steven being delinquent on $549,000 in past property tax payments while exerting influence over lawmakers in pursuit of a niche tax break. The state shouldn’t reward people who aren’t paying their taxes, Holland said.

“People who are in good faith, properly registered, honestly running a business — they should get the relief, not somebody trying to figure out how to shake a few coins out at the last second,” Holland said.