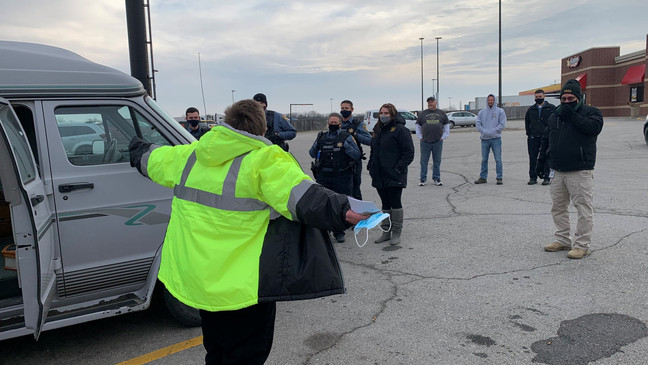 TOPEKA, Kan. – Deputies in Topeka, Kansas began responding over the past two weeks to concerned callers letting them know of a woman walking in the cold on the highway. Each day it was around the same time at 7:00 a.m. between Ottawa and Princeton, which is about a 15 minute drive by car.

When deputies went to check on the situation, they found out that 24-year-old was walking 6 miles to and from work. The deputies didn’t want her walking in the cold, so they began giving her a ride each time they were called out. In their drives, they learned that the young woman was trying to support herself and her small children by working at a Love’s Truck Stop.

Moved by her story and drive to provide for her family, a small group of deputies met up to talk about how they could help her. In a matter of days, they were able to gift the young woman her own van, along with two new car seats, a grocery gift card, registration for the van, and the first year of car insurance along with $200.