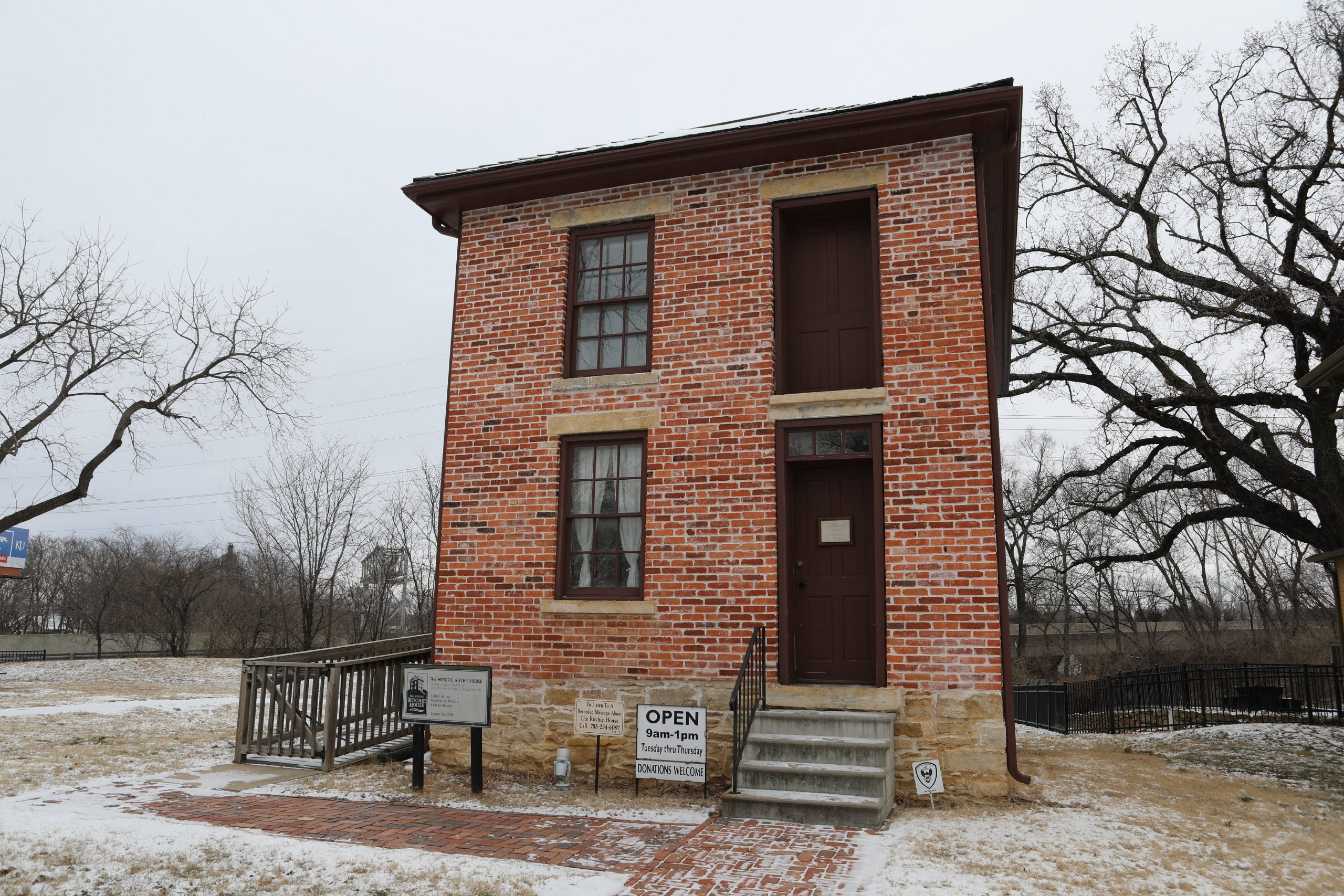 “We do tours on Tuesday, Wednesday and Thursday from 9:00 a.m. to 1:00 p.m. showing off the underground railroad which is the Ritchie House.” Bob Totten, Executive Director of the Shawnee County Historical Society.

John and Mary Ritchie came from Indiana and built the Ritchie House around 1856. They lived there around 11 years. Their basic concern was abolition, they helped folks. We believe 250 people were helped by the Ritchie House where fugitive slaves went across the Kansas River and eventually into the Nebraska Territory.

John Ritchie was born on July 17, 1817, in Uniontown, Muskingum County, Ohio.  Ritchie first came to Kansas Territory in the fall of 1854 to look over cheap land for sale on the frontier.