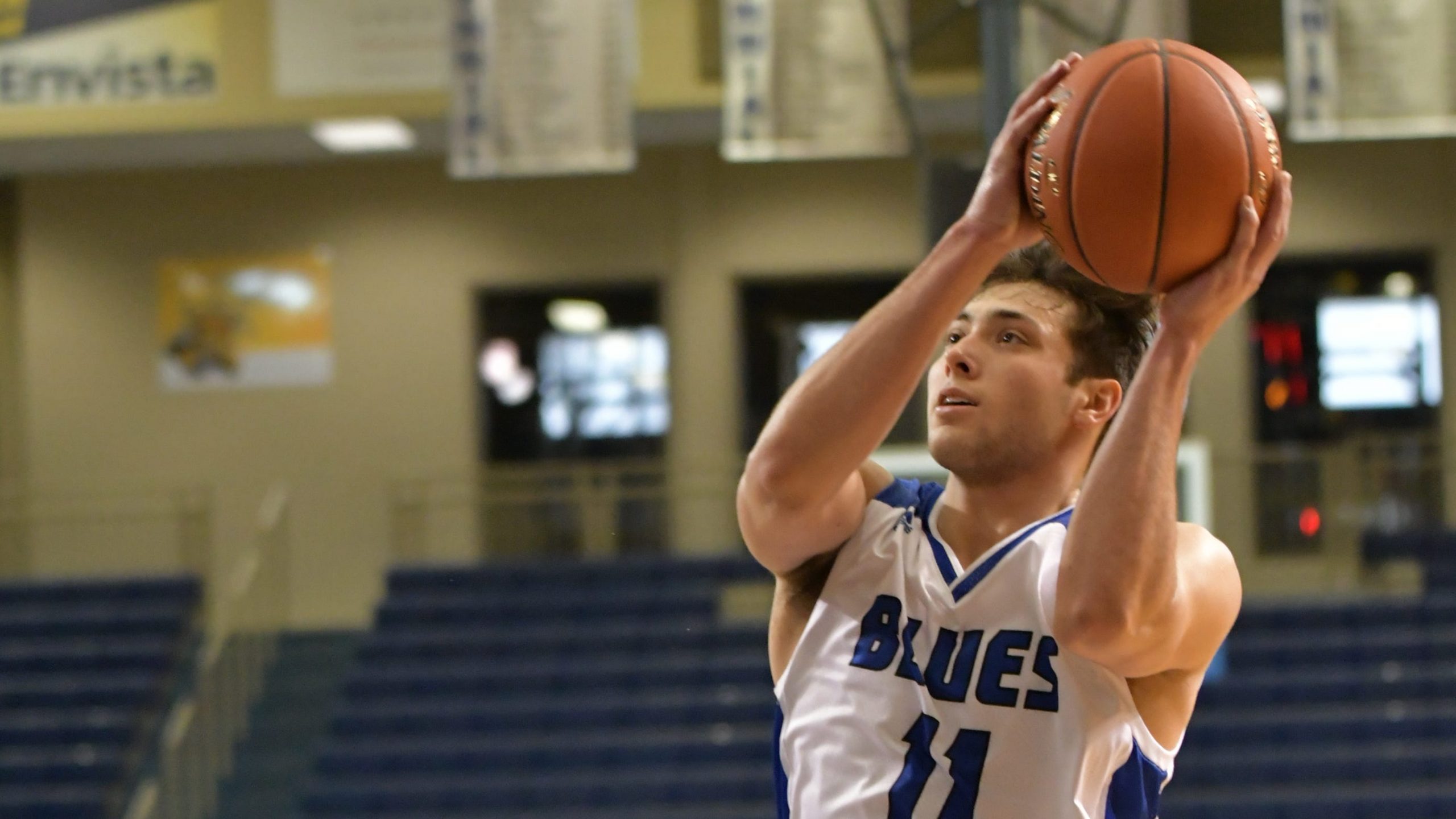 “Do what you’re supposed to do,” shouted Muff, delivering parting words to his players as they returned to the court out of a timeout.

There would be no need to make that request twice.

Rural shook its sluggish start to earn a 59-45 victory over the Wildcats, with Jack Hutchinson scoring 16 points, Joe Berry contributing 15 and Jack Bachelor pitching in 11 to guide the Junior Blues to the bounce-back victory. Hayden scored the game’s first nine points and hit five first-quarter 3-pointers, but the Junior Blues clamped down defensively from there, holding the home squad without a trey the rest of the way.

“I can’t remember a game we’ve started fast in yet this year,” Muff said. “We’ve got enough experience out there on the floor, so it’s time. It’s the end of the season. We should be peaking right now. I’m running about three or four different offenses right now just trying to find something that gives us a spark offensively. But I really believe we can create some offense with our defense, so I’d like to get that going too.”

Rural (9-4, 8-2 Centennial League) proved it has that weapon in its arsenal in Friday’s second quarter.

Trailing 17-8 after a bucket by sophomore Joe Otting on the Wildcats’ first possession of that period, the Junior Blues reeled off a 14-0 run to take a lead they wouldn’t relinquish. Berry scored five of the first seven points in that rally, with the 6-foot-3 standout’s transition dunk serving as the game’s biggest highlight.

“He can key us. I mean, he’s our energy guy,” Muff said of Berry. “I talked to him after Tuesday’s (63-46 defeat at Topeka West): ‘You’ve got to be the guy. Everybody follows your lead.’ I’d like to get him more rest. It’s hard to rest him to where he can be fresher. But yeah, Joe is a great player and he’s a good teammate, a really good teammate. Kind of how he goes we go, and he needs to embrace that because we’ve got to have him.”

Davan Brady and Hutchinson hit back-to-back 3s to cap the 14-0 stretch, which delivered to the visitors a 22-17 advantage. The Junior Blues continued to build on that lead, and while Geivonnii Williams’ layup pulled the Wildcats within seven with 1:48 left to play, Rural went 9 of 10 from the stripe the rest of the way to ice the outcome.

Hutchinson, a senior guard who played at Hayden for two seasons, finished the game 5 for 6 from the floor with four made 3s.

“It’s a special place for him. Coach (Torrey) Head and him are still good friends, on good terms,” Muff said of Hutchinson. “But Jack can shoot it. He was face-guarded all night and he still found ways to score. Our guys still continued to find him, and that’s a good thing.”

Hayden (3-10, 2-8) only got up six shot attempts in that lopsided second quarter, an encouraging sign for a new-look Rural defense looking to create the bulk of its scoring off turnovers and in transition. Muff rolled out a zone approach Friday in the aftermath of the West defeat, where the Junior Blues’ man-to-man defense was “manhandled,” Muff noted.

While the zone had its share of hiccups in its debut — Hayden went 5 of 8 from beyond the arc in the game’s first eight minutes — the look proved more than effective for the vast majority of the contest.

“We’ll get out and pressure and play smart,” Muff said. “We’ve got some things we’ve got to get better at, but yeah, that was the difference in the game, turning the tide with our defense. Man-to-man defense is kind of what I’m about — I don’t like playing zone, I don’t like to switch tempo with it. But that was the key for us.”

Williams (15 points) and Trent Duffey (12) led the way for the Wildcats, with each connecting on a pair of 3s.

Rural will travel to Seaman next Tuesday before a rematch with the first-place Chargers on Feb. 15. While still facing a number of unknowns both offensively and defensively, Muff said he believes his team has the capacity to “make a run at the end of the year,” particularly if it can get more out of its bench.

“We’re still in contention for a league title,” Muff said. “Topeka West has still gotta come to our place. We’ve still got to play some good teams in Highland Park and (Topeka) High. We’ve got to go to Manhattan and Seaman. So we’ve got our work cut out for us.”