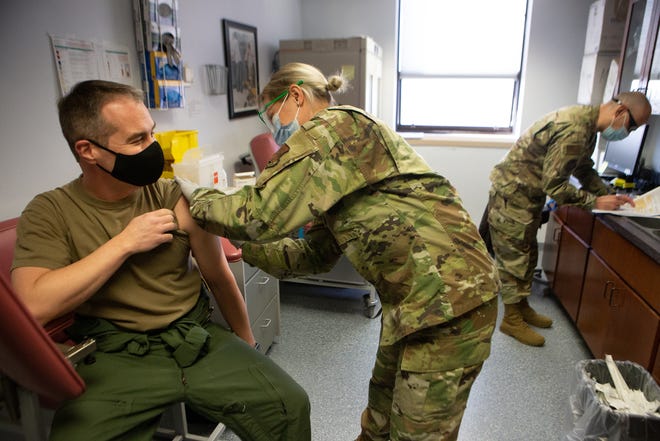 Kansas – Between Monday and Wednesday, the state of Kansas saw 1,267 new COVID-19 cases and 115 new deaths. There were also 79 new hospitalizations in that time frame.

The numbers continue a downward trend in new cases since a peak in November.

Broken down by region, all areas are seeing fewer new cases. Health officials earlier in the year expressed particular concern with southeast Kansas, which had been the only region to not see declines. But now, as of Monday, the region has seen a 29% drop in cases.

In a weekly regional virus update Monday from the Kansas Hospital Association, other numbers are improving, too.

The number of hospitalized patients with COVID-19 in Kansas and the Kansas City metro area has been steadily declining. While it held steady with about 1,500 patients from November to January, since then, it had gone down to only 629 patients as of Feb. 11.

As of this week, nearly one-third of ICU beds are available and just 9% of hospitals were anticipating staffing shortages.

On the vaccine front, more than 303,000 Kansans have been vaccinated. Nearly 115,000 of those already received their second dose. That makes up for 10% of the state’s population.

But Kansas is ranking near the bottom in the number of doses administered per capita, according to the Cent, beating out only Alabama as of Wednesday. Gov. Laura Kelly has blamed that low ranking on data reporting.