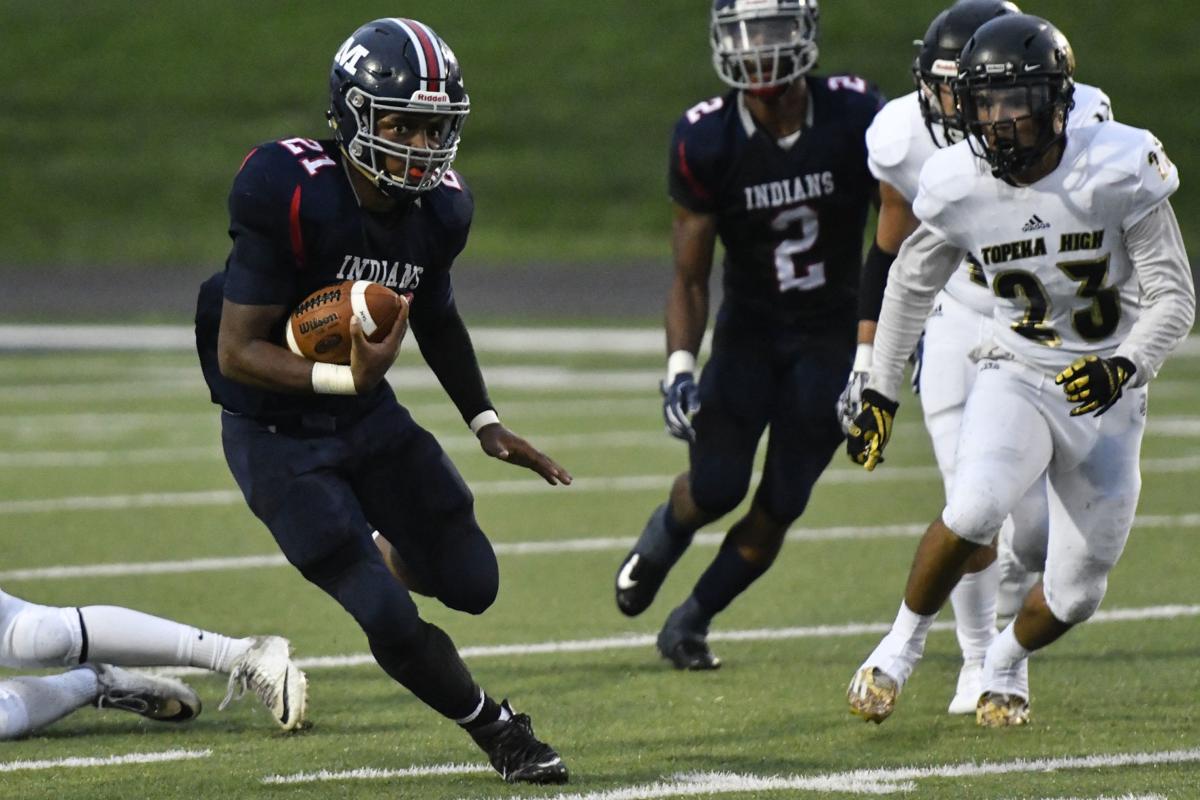 TOPEKA, Kan. – Former Topeka High football coach Walt Alexander has moved on to the next stage in his career, as an assistant at William Chrisman (Mo.) High School, but he still gets asked about Trojan product Ky Thomas.

And Alexander still doesn’t know exactly how to explain what he witnessed out of his superstar running back over the previous four seasons.

“I was talking to some of the other coaches at Chrisman the other day and they were asking about Ky,’’ Alexander said of Thomas, the 2020 Topeka Shawnee County fall male senior athlete of the year. “I told them you can’t explain it, but whatever ’IT’ is, he had it.

“He’s just got the ability to play football and it’s not something you can really teach. He’s just instinctive in everything that he does.’’

Thomas, who finished his career as the No. 2 all-time rusher in Kansas history, adds the Topeka Shawnee County honor to a list that also includes being named the Best of Kansas Preps and Gatorade Kansas player of the year, earning All-State Top 11 recognition as well as All-City Top 11 honors for the fourth time.

Now at Minnesota, Thomas amassed 7,703 yards in his high school career, including 3,009 yards as a senior as he became the sixth player in Kansas history to top 3,000 yards in a single season.

Thomas, who had a 3.12 grade point average, led the Trojans to a 10-2 record and the Class 6A semifinals as a senior and High was 42-10 in his four years at the school.

The Trojans’ feature back since his freshman year, Thomas was High’s workhorse as a senior, carrying the ball as many as 49 times in a pair of playoff games.

“Most kids don’t have the durability to be able to do that,’’ Alexander said. ”He just kind of had the knack to be able to do what he did and he made everybody around him a little bit better.’’

Davoren, an offensive and defensive lineman, was a two-time All-Mid-East League selection, a two-time All-Class 2A honoree and was selected to play in the Kansas Shrine Bowl after helping lead the Bulldawgs to a 7-3 record and the second round of the 2A playoffs. Davoren finished second in the 3A-1A state wrestling tournament as a senior after finishing third as a junior.

A football and basketball standout for the Chargers, Durall was an All-City defensive lineman and earned All-5A honorable mention, recording 72 tackles and 11 sacks in eight games. “Dre earned the respect of his teachers, coaches, administrators, teammates and peers through his passion, commitment and dedication in the classroom and on the field or court,’’ West football coach Ryan Kelly said.

Holthaus was an All-City Top 11 pick as a senior and earned All-United Kansas Conference first-team honors as an offensive and defensive lineman for the 5-5 T-Birds. Holthaus had 64.5 total tackles as a senior, recording seven tackles for loss and 5.5 sacks. “Humble and determined, Reid was a leader for our team at practice, games and off the field,’’ Shawnee Heights coach Jason Swift said.

Kaniper was a four-sport athlete, participating in cross country, football, basketball and track and field. Kaniper ran cross country two seasons, medaling in every meet. He was a Mid-East League and regional individual champion as a senior and was the 3A runner-up, leading the Eagles to a runner-up team finish. “He set lofty, but attainable goals and put in the work to achieve them,’’ Eagle XC coach Kevin Brokaw said.

Loy led Seaman’s cross country team in every race of the 2019 season, earning first-team All-City honors for the Vikings. Loy capped his senior season with a 15th-place finish in the 5A state meet. Loy finished sixth at regionals to help the Vikings qualify for the state meet as a team and he finished fifth in the city championships and posted a 12th-place finish in the Centennial League meet.

A defensive back, Luarks provided leadership for a Highland Park team that had just seven seniors on its 2019 roster. Highland Park did not post a victory during Luarks’ four years at the school, but he said he enjoyed his time with the Scots. “I’m very proud and I’m especially proud of the few that’s played here all four years, every single game, and didn’t transfer, they didn’t leave and they didn’t quit on us.’’

Schmidtlein, an offensive and defensive lineman, earned All-City Top 11 honors as a senior after helping the Wildcats reach the 3A state semifinals. He also earned All-3A first-team honors as a defensive lineman and was selected to play in the Kansas Shrine Bowl after recording 74 tackles with five sacks and two interceptions for the 10-2 Wildcats. Schmidtlein was also a two-time All-City pick in baseball.

Vawter played running back, quarterback and linebacker for the Vikings, earning second-team All-Centennial League honors at linebacker and All-City honorable mention. Vawter was also a baseball standout for Seaman, helping the Vikings capture back-to-back 5A state championships as a sophomore and junior and earning second-team All-City honors at catcher his junior season.

Wright helped lead Washburn Rural to the 6A team championship last fall, posting a sixth-place finish at state. Wright was the Junior Blues’ No. 1 or No. 2 runner throughout his senior season. He was the runner-up in the city meet posted a fifth-place finish in the Centennial League and regional meets and earned All-State recognition with his sixth-place showing in the state meet as Rural won its first boys state cross country title.

Senior softball league back on the field