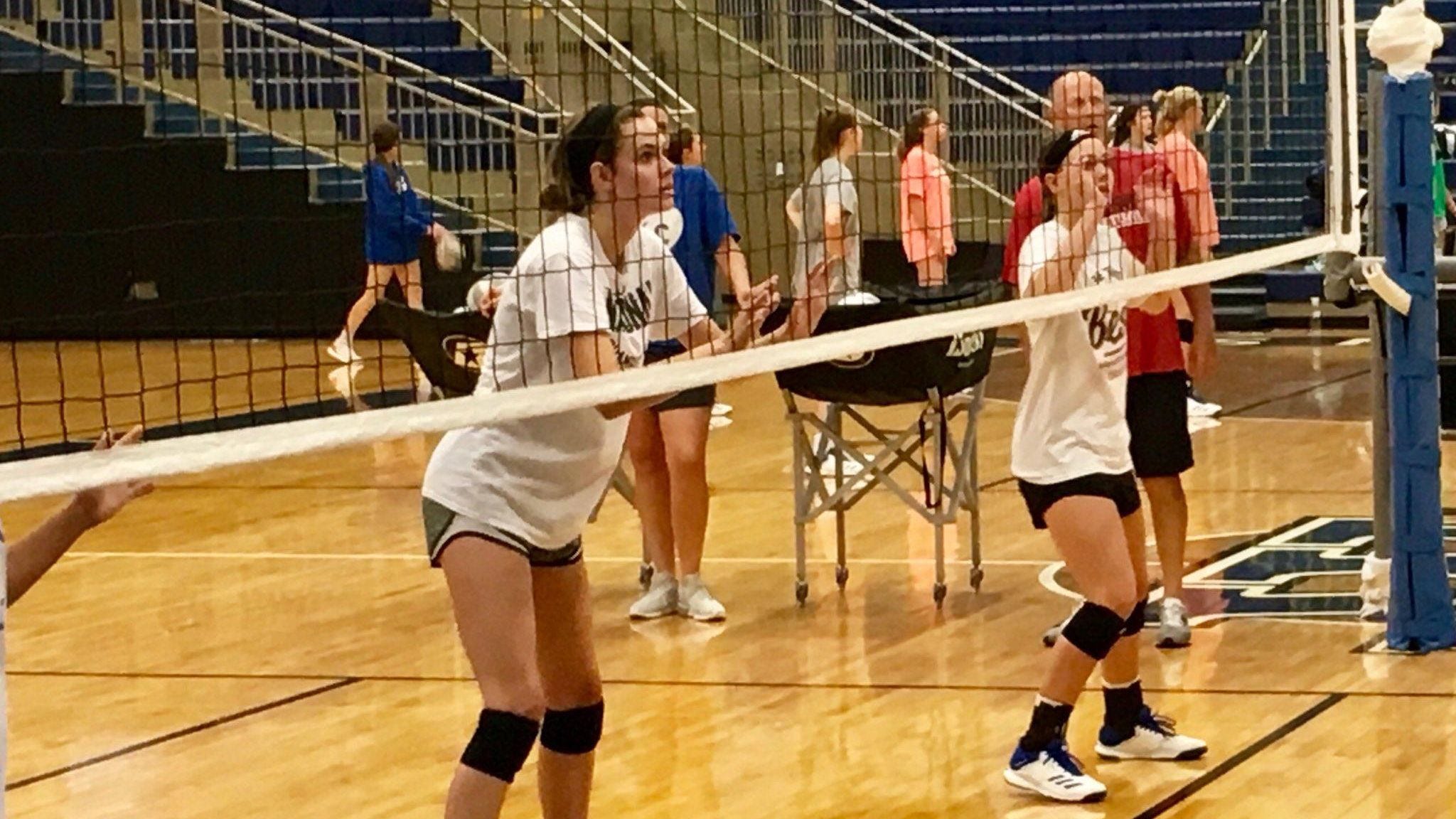 TOPEKA, Kan. – Veteran Washburn Rural volleyball coach Kevin Bordewick knows he’d have a high opinion of Macy DeLeye even if she had never stepped on the court for the Junior Blues.

The fact that DeLeye developed into one of the state’s premier players is icing on the cake.

“She is a high-character, high-quality person,’’ Bordewick said of DeLeye, the Topeka Shawnee County fall female athlete of the year. ”She’s a great person, one of the nicest kids you’ll ever meet and one of the hardest workers you’ll ever see.’’

DeLeye was a four-year starter and a two-time All-City pick for Washburn Rural, finishing her career in Rural’s top five for career block kills, top eight in attack kills and top 10 in service aces.

DeLeye, who will play collegiately at Drake, helped lead the 40-6 Rural to a second-place finish in Class 6A as a senior, earning All-City, All-Centennial League and All-6A honors.

DeLeye finished her senior season with 378 attack kills with an efficiency of .380 and registered 54 block kills and served 89.2% with 83 aces.

“She was just a great leader for us,’’ Bordewick said of DeLeye, who compiled a 4.02 grade point average at Rural. ”She is somewhat quiet, but she led by example. Obviously her parents have done a great job of raising her, and there’s not one person in the high school that has anything bad to say about her.

Bordewick said that even though DeLeye’s Washburn Rural career is over, her impact on the program will continue for years to come.

“People don’t realize how much that freshmen and sophomores look up to seniors and learn how to respond in certain situations and how to conduct themselves,’’ he said.

“She is a great example for all of that and it’s not just the freshmen and sophomores, but we have little campers that come to our volleyball matches and see how the players act and how they behave and that just makes them want to be like them when they get up here.’’

Biggs earned All-City honors as a senior for the Vikings. Biggs teamed with Grace Unruh to place seventh in doubles in the Class 5A state tournament. Biggs and Unruh won the city championship in No. 1 doubles and went on to capture a regional doubles championship and placed second in the Centennial League meet.

An All-City pick, Biggs finished 31st for the Vikings in the 5A state tournament as a senior with a 36-hole total of 192. Biggs posted a top-10 finish in the city tournament, placing eighth with a 90, and she took sixth in the Centennial League with a 94 before tying for fifth in regional competition with a 97.

Cobb was a four-year standout for Silver Lake’s powerhouse volleyball program, earning All-Mid-East League honors four straight seasons. Cobb was named to the 3A all-state tournament team three times and was a 3A all-state first-team pick as a junior and senior, earning player of the year honors as a senior.

After missing the 2018 cross country season due to nagging injuries, Funk stepped into a leadership role as a senior and helped lead the team to a city title, Centennial League and regional runner-up finishes and a sixth-place state finish. She posted top-five finishes in the city and Centennial League meets and had a best time of 19:41.

Ginter had 447 digs, 46 assists, 91% serving efficiency and 2.35 serve receive efficiency as a senior for the 27-9 T-Birds, with Ginter named to the All-United Kansas Conference first team. “Briley was our team captain and a huge leader on the court,″ Shawnee Heights coach Sami McHenry said. Ginter is headed to Washburn.

James was counted on to provide leadership for a rebuilding Highland Park volleyball team both on and off the court last fall, setting a solid example both in athletics and in the classroom.

Peterson capped her high school career by teaming with Adisyn Caryl to earn a state medal with a 12th-place doubles finish in the 6A state tournament. Peterson, who saw varsity action for the Trojans four straight years, teamed with Caryl to post a 13-6 record after switching from singles, including a third-place regional finish.

Phillips swept city, United Kansas Conference and 5A regional individual championships as a senior. Phillips set a career and Shawnee Heights school record in 19:13.3 en route to her regional win. Phillips capped off her prep career with a 14th-place finish in the 5A state meet, earning All-State honors with her first state medal.

Shima played volleyball, basketball and softball for West, earning All-City recognition in all three. Shima earned All-City honorable mention in both volleyball and basketball and earned first-team All-City and All-Centennial League honors in softball as a junior. Shima will play volleyball at Bethel College.

Steiner earned All-City and All-Centennial League first-team honors her senior season for the Vikings. Steiner was credited with 575 digs this fall and also registered 26 aces. Steiner will play at Johnson County Community College. “Maddie has been the backbone of our team the past few years,″ Seaman coach Tatiana Schafer said.

Alexander: Trojans’ Thomas had the ’It’ factor