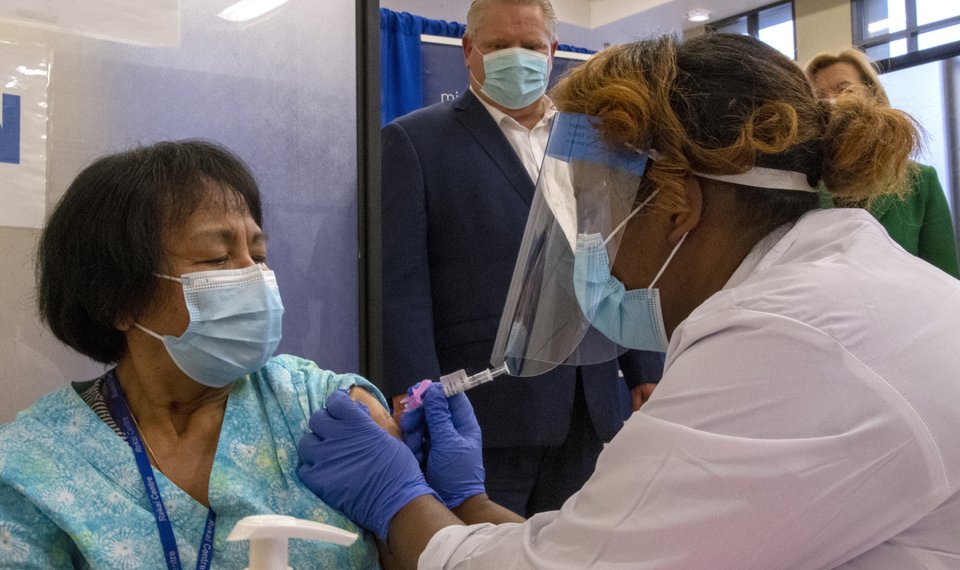 Kansas – People across Kansas are frustrated with the COVID-19 vaccine distribution rollout plan and the slow pace in which the vaccine is being administered. This week Governor Laura Kelly and KDHE Secretary Dr. Lee Norman said Kansas is in the top tier for vaccine distribution despite lagging behind nearby states.

Kansas is expected to transition to phase 2 of its vaccination plan by late January and early February, however, it’s still unclear how many vaccines have been distributed to counties so far.

Eyewitness news has heard questions from some viewers who want to know how many vaccine doses their counties have received so far. The governor’s office said that information is not available to the public at the moment. Right now you can only track how many people have been vaccinated through the state’s vaccine dashboard. The dashboard shows 88,597 people in the state have been vaccinated so far, which is about 3% of the population. The dashboard also shows that half of the total doses distributed have been administered. An unknown portion of those is being held back for second doses.

Sen. Masterson said he has not been happy with the way the state has handled vaccine distribution. Other lawmakers also think the process hasn’t been as smooth as they hoped.

“I’m hoping that in the not too distant future the vaccines will be rolling out in a more speedy fashion that we have seen in the past,” said Rep. Elizabeth Bishop, D-Wichita.

“Just simply because that’s more concrete evidence it is a process,” said Bishop. “that it is a process that is moving, that there are shots that are going into arms.”

She thinks the state could do better as a whole.

“I believe we’re doing a poor job of communicating,” said Bishop. ” And that we definitely up and down in the line, we need to improve on that.”

The governor’s office said it hopes to add county breakdowns in the future.

Over half of Kansas small businesses report still hiring despite pandemic

Kansas Department of Labor catching up on payments