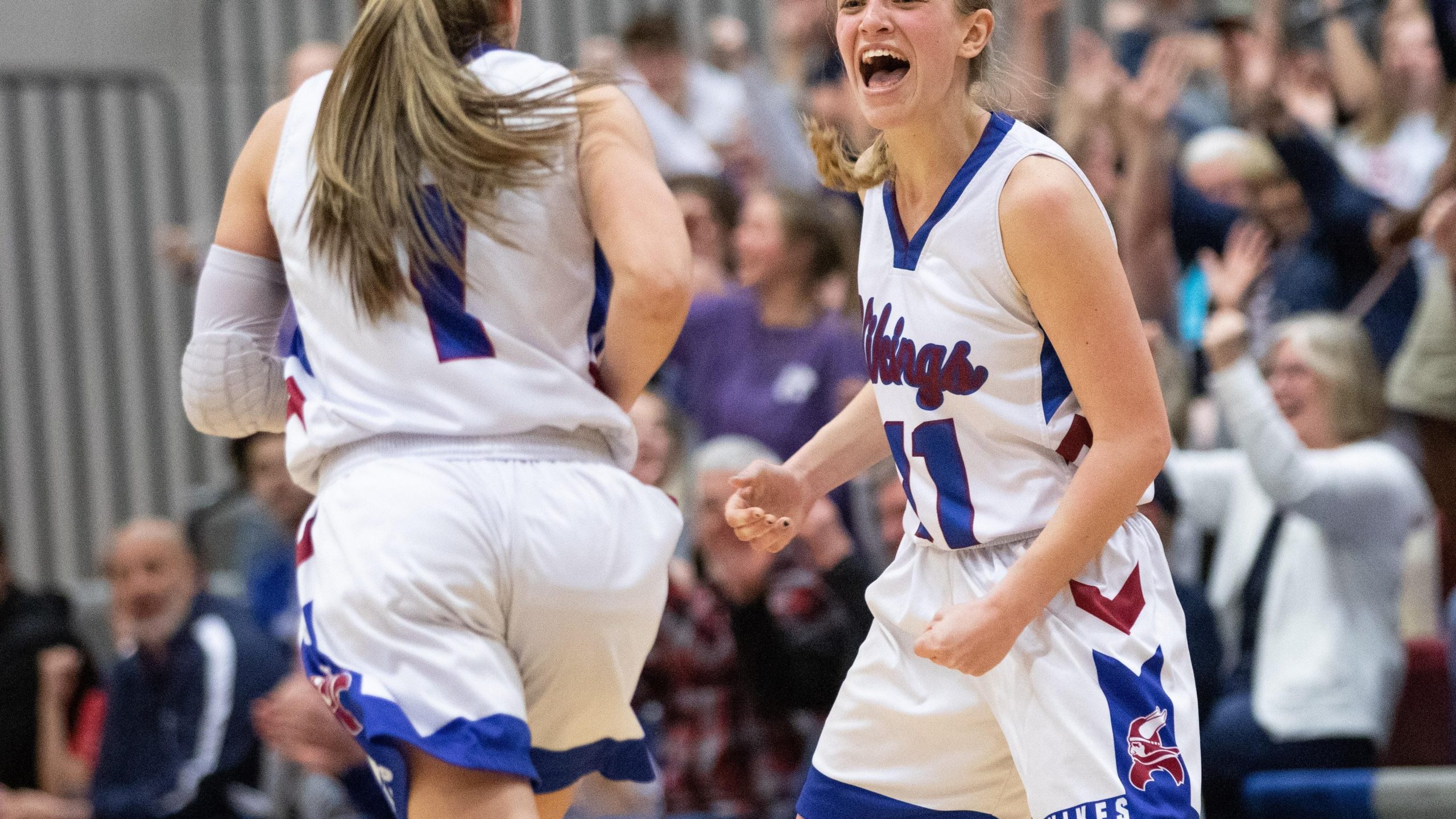 TOPEKA, Kan. – Chloe Carter was a solid basketball player for Seaman from her freshman season on, but saved her best for her final year in a Viking uniform.

And not coincidentally, Carter’s special senior season meshed with Seaman’s rise to the elite of the Class 5A ranks.

“From Day 1 Chloe had a bounce to her step and you could just tell she was primed and ready to have a great senior year,’’ Seaman coach Matt Tinsley said of Carter, the Topeka Shawnee County winter female athlete of the year.

“She put in the work over the summer and preseason in getting herself ready to have a breakthrough senior year and she dominated in all aspects of the game.’’

Carter helped lead the Vikings to a 20-3 record and the final four in the 5A state tournament before the final two days of the tournament were canceled due to the coronavirus.

Carter earned first-team All-City and All-Centennial League honors, averaging 15.5 points while making 47 3-pointers. Carter, who scored 954 points in her career with 102 3s, finished No. 6 on Seaman’s career scoring list and is the leader for single-season and career 3s.

But Tinsley said Carter, who carried a 4.15 grade point average, was much more than a scorer for the Vikings.

“That’s where we’ve seen a lot of growth with Chloe,’’ he said. ”Every year she added a different part to her game, whether it was a defensive presence or something else.

“I think an area of improvement we saw with Chloe this season was her rebounding and her defense. We think of Chloe as a shooter and a scorer, but she’s on our record boards for rebounds and blocked shots as well, so we saw more of a complete player develop every year.’’

And Tinsley said Carter, who is headed to Washburn, was a huge factor in Seaman’s special 2019-20 season.

“I talk to Chloe all the time about stepping up and being a leader and she just went out there and she played how I wanted her to play,’’ Tinsley said. “Chloe was at her best this year in our big-time ballgames. She had 26 points against Topeka High, 21 against Washburn Rural, so she was at her best when her best was needed.

“That’s a credit to Chloe. She took the opportunity and she ran with it. She was just a joy to coach.’’

Erickson, a 136-pounder, was a team leader for Shawnee Heights in the first season of girls wrestling as an official sport in Kansas. Erickson posted a 19-5 record on the season. She finished second in the United Kansas Conference tournament, helping the T-Birds capture the inaugural league team championship.

Fulks averaged 10.2 points over her career, earning first-team All-United Kansas Conference honors as a junior and second-team recognition as a senior. Fulks received All-City honorable mention as a senior and was a first-team All-City soccer honoree as a junior. “(Alie’s) senior leadership and willingness to help younger girls both on the court and off of the court has been truly great to observe,’’ Heights coach Bob Wells said.

Hamilton was a two-time first-team All-City pick in basketball, leading Rural to a 16-6 season as a senior. A first-team All-Centennial League selection, Hamilton averaged 13.3 points, 5.1 rebounds, 3.3 assists and 1.4 steals, Hamilton was a second-team All-City pick in golf last fall. As a junior, Hamilton helped lead the Junior Blues to the 6A state basketball championship and was an All-State pitcher in softball for Rural’s state runner-up team.

Salas was a standout for Highland Park’s bowling team as a senior, including earning a 17th-place individual medal in the Centennial League championships. Salas was one of the Scots’ top scorers throughout the 2020 season.

As a first-year wrestler, Taggart compiled a 28-3 record at 109 pounds, going undefeated in duals and winning a Centennial League individual championship. Taggart, an All-City selection, was a regional finalist and was instrumental in Washburn Rural securing the first girls team state championship in Kansas history. Taggart was also an All-City first-team pick in track and field and will be cheering at Kansas in the fall.

Senior softball league back on the field