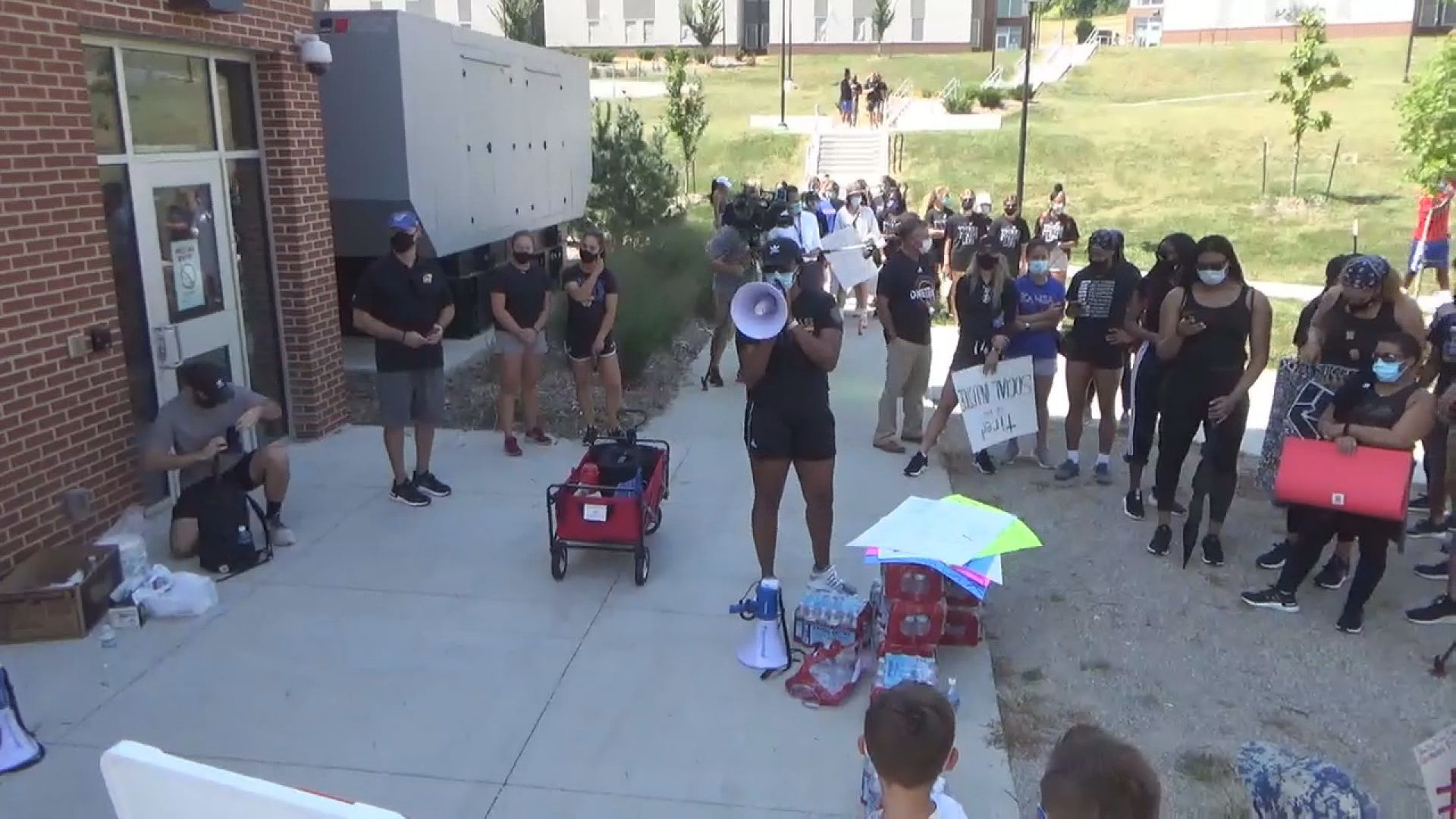 TOPEKA, Kan. – Student athletes at the University of Kansas spoke out against injustice Friday morning.

The women’s basketball team organized the march of hundreds of athletes, fellow students and others in the community.

Emma Merriweather, a junior on the women’s basketball team wants to be active in changing her community.

“You can’t just sit back and not do anything,” she said.

The march stemmed from a conversation in the locker room, and a consensus that enough was enough.

“We felt like we had the power and the voices and we wanted to make a stand and get the community together and get the student athletes together,” said women’s basketball senior Bailey Helgren.

The walk started at the Stouffer Apartments and ended on the football field at Memorial Stadium.

Chris Keary, KU’s chief of police walked among the crowd in support of the message.

Once there, the crowd took a knee in a moment of silence. Several people spoke to the crowd, including Jeff Long, KU’s athletic director.

He praised the women for organizing the march.

“I hope this gets our feet wet,” Merriweather said. “And makes us want to dive in completely. This is not just a one and done thing.”

“See long-term change rather than short-term conversation here and there,” she said. “We want to see actual change that can happen for everyone. Something that you feel rather than just words.”