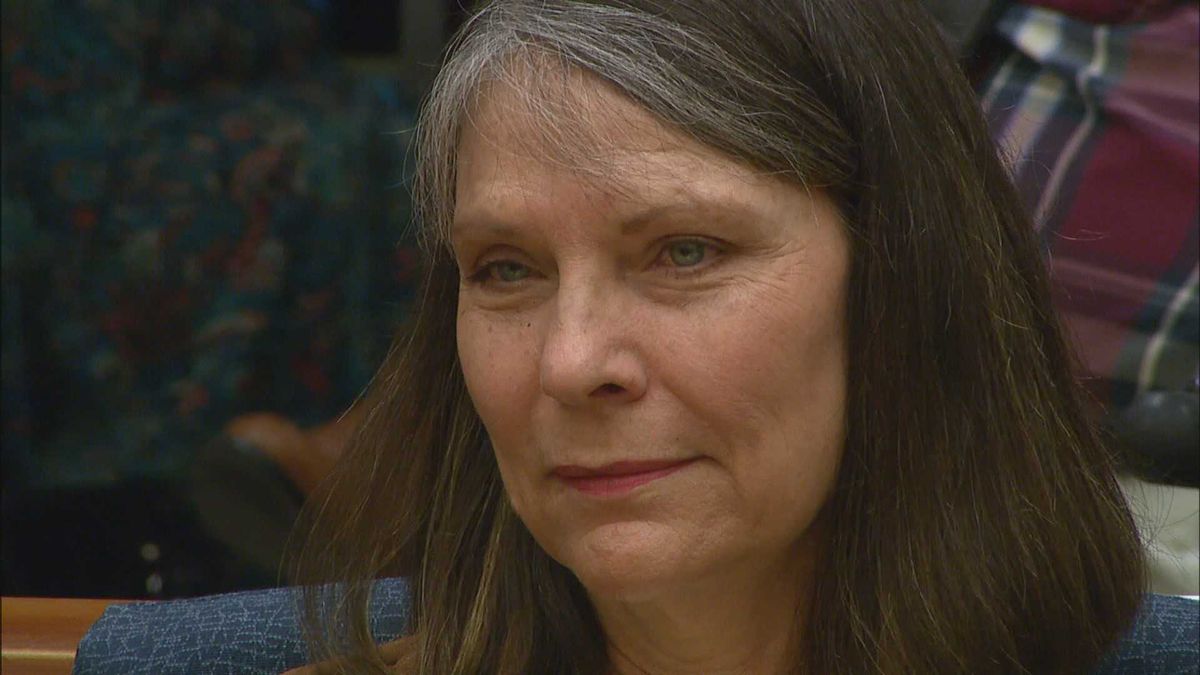 TOPEKA, Kan. – Dana Lynn Chandler is asking a Shawnee County District Court judge to reconsider her ruling in November to try Chandler a second time on two counts of murder committed in 2002.

Chandler, who is acting as her own attorney has sought dismissal of the murder charges based on an alleged violation of the double jeopardy clause.

The double jeopardy clause in the Fifth Amendment to the U.S. Constitution prohibits anyone from being prosecuted twice for substantially the same crime.

The double jeopardy clause “states that no person shall be twice put in jeopardy for the same offense,” Rios wrote in the ruling answering the Chandler motion.

Chandler was charged in 2011 in the two shooting deaths of Michael Sisco and Karen Harkness and a Shawnee County District Court jury found Chandler guilty following the first trial in 2012.

Chandler asks the judge to dismiss charges against her.

In Chandler’s December motion, the defendant seeks to “bar reprosecution due to intentional prosecutorial and judicial misconduct for the purpose of avoiding an anticipated acquittal.”

Chandler listed eight “facts for the court to reconsider” in her motion.

One is that after the Douglas County District Court granted a divorce of Sisco from Chandler on September 22, 1998, that Sisco on October 15, 1998, filed a motion for an “immediate restraining order” from Chandler, Chandler wrote in her December 21 motion.

Sisco’s motion for an immediate restraining order was “never heard, considered or ruled on” in Douglas County District Court.

In hearing Chandler’s appeal of the murder convictions, the Kansas Supreme Court “first reviewed the sufficiency of the evidence. (The Supreme Court) stated that ‘if the evidence during the first trial was insufficient to support the conviction, a second trial on the same charges would violate Chandler’s right to be free from double jeopardy under the Fifth Amendment to the United States Constitution and Section 10 of the Kansas Constitution’s Bill of Rights.

“The court determined that there was sufficient evidence that a rational jury could find (Chandler) guilty of the crimes charged,” Rios wrote quoting court records.

Based on Kansas statute and the Kansas Supreme Court’s determination on appeal, Rios ruled the prosecution isn’t barred by double jeopardy in this case.

During an earlier hearing in this motion to overturn two counts of first-degree murder, Chandler called two witnesses to testify, including herself and Jacqie Spradling, the prosecutor who convicted Chandler in 2012.

Spradling now is the Bourbon County Attorney in southeast Kansas.

Spradling faces a formal complaint filed by the state Disciplinary Administrator’s Office, in part tied to the Chandler case.

The Kansas Supreme Court overturned the convictions of Chandler in 2018.

Following a lengthy trial in 2012, a jury convicted Chandler of two counts of first-degree murder, and she was sentenced to two consecutive 50-year prison terms, a total of 100 years.

The two were slain in Harkness’ west Topeka home.

Each victim bore a number of gunshot wounds when they were found in the basement. Chandler remains incarcerated in lieu of a $1 million cash or professional surety.