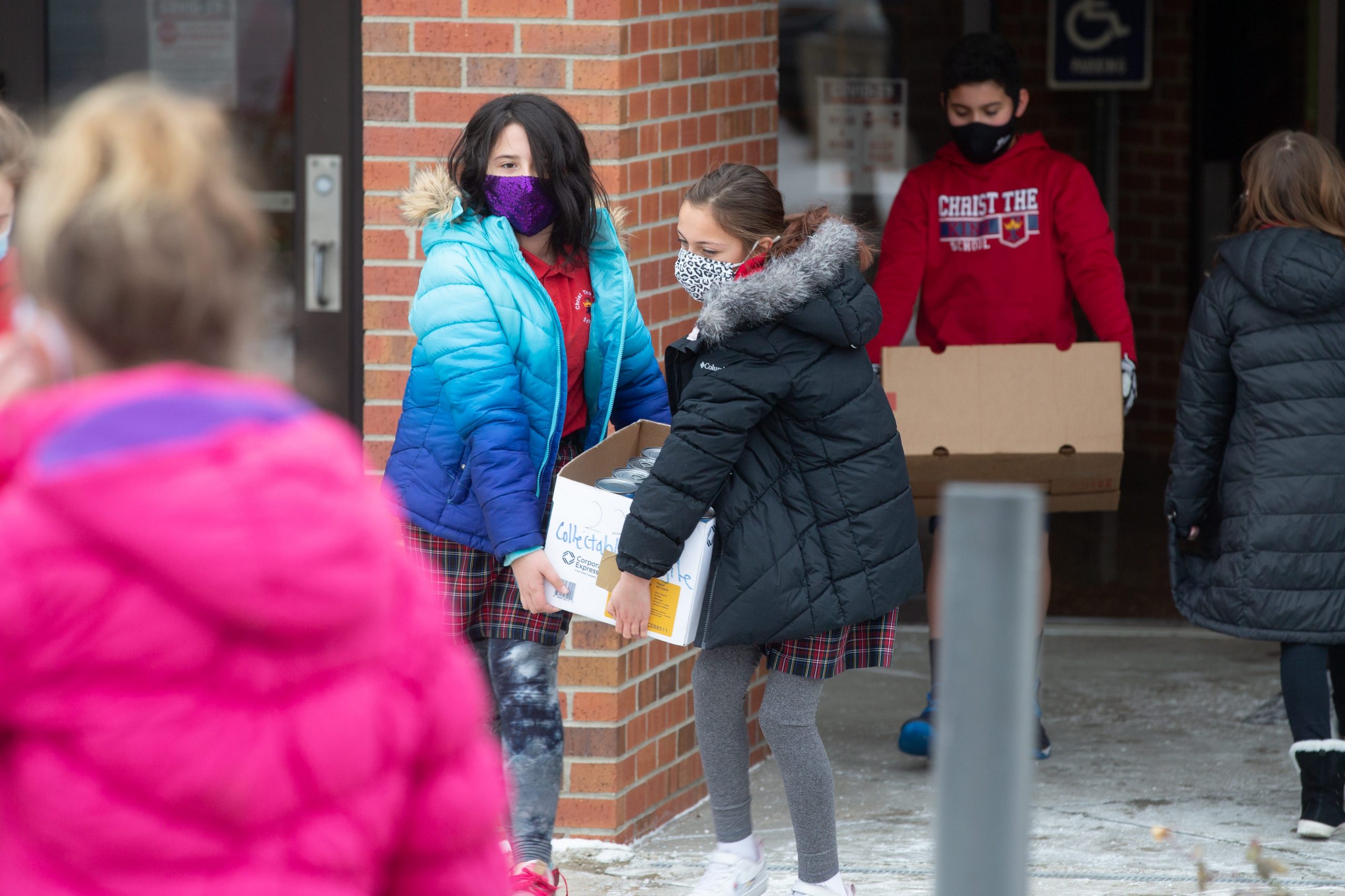 TOPEKA, Kan. – Christ the King Elementary School students carried on a 26-year tradition Thursday of donating food to Project Topeka, a nonprofit that collects monetary and food donations and distributes it to eight local organizations.

The school’s fifth-graders spent the morning organizing the canned goods collected inside the building before carrying the items out to two Project Topeka members who placed them in vehicles.

The food donations will be taken to Project Topeka’s warehouse, where they will be sorted and distributed to Doorstep Inc., Let’s Help, the Salvation Army, I-Care, Faith and Family Fellowship, Topeka Rescue Mission and Topeka North Outreach.

According to Miller Reid, a fifth-grader at Christ the King, 2,134 pounds of food was collected. This year’s collection took place during Catholic Schools Week, which commenced Jan. 31 and ended Feb. 6.

“We’ve had to collect as many cans as we can for charity, for people that don’t have food,” Miller said.

To make the food drive a friendly competition among Christ the King’s students, the class that collected the most cans got a prize and the group — divided into Group A and Group B — got a dress-down day where they get to wear jeans.

The winners this year were Group A and the fourth-graders, who collected over 120 cans.

While winners of the competition might receive prizes, the value the fifth-graders receive by organizing a food drive is worth much more.

“The fifth-graders’ job is to get all the cans in one room and count them and bring them here to be given to other people,” Miller said.

He said it means a lot to him that his class has the chance to help Project Topeka.

“It’s really nice to do for people that don’t have food at all,” Miller said.

The food donation occurred two days before Project Topeka kicks off its annual community food drive. The organization has been hosting a food drive for 35 years.

This year’s kickoff will be held virtually via Zoom at 11:30 a.m. Friday.

Dan Woodard told The Topeka Capital-Journal last week Project Topeka has in years past set a goal of receiving 200 tons of food but now sets a goal of feeding more families each year.