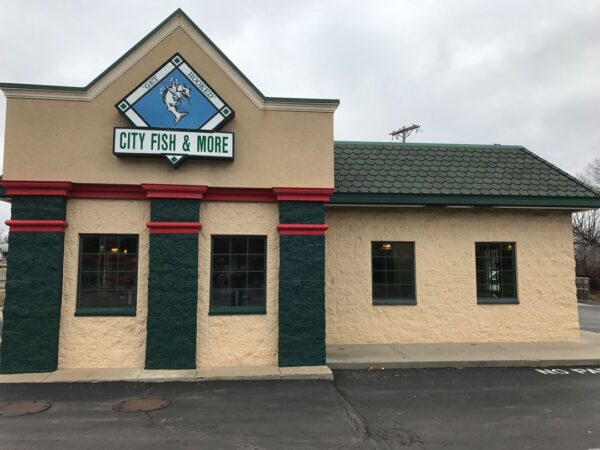 Kansas – With Ash Wednesday on Feb. 17, City Fish and More is gearing up for its busy season.

Pete Badalucco, founder of the restaurant at 2704 State Ave., Kansas City, Kansas, is expecting that the next 40 days will be good for business, although it’s also a rough stretch and a lot of work, he said.

Lent is usually the restaurant’s busy season, with a typical increase of 20 to 30 percent in business, he said.

Fridays in Lent are usually hectic, sometimes with 14 employees working eight deep fryers, and the phone ringing off the hook, he said.

City Fish and More was closed on Tuesday because of a pipe break and rolling electrical outages, but the restaurant is preparing to open on Wednesday, he said. Then he will see if the pandemic has had any effect on the usual demand.

COVID-19 hasn’t affected City Fish and More as much as a lot of the more upscale restaurants, simply because City Fish does a lot of carryout and drive-through orders, he said. They have been affected somewhat, he added.

“We’re pretty fortunate, we’ve got customers coming in for years and years,” Badalucco said. “We’ve kind of treaded water, hopefully we’ll get back to normal.”

The restaurant has seating for 70, and during normal times, the dining room is full at lunchtime, he said. However, due to the fact they can only have 50 percent capacity now, some people are reluctant to come in and the dine-in business has declined somewhat, he added.

“At the same time, they still want the fish, and they come to the drive-through window,” he added.

He said the window is only for pickup orders, with people usually calling in their orders in advance. Since they cook the fish fresh, it takes about 15 or 20 minutes, he explained.

According to community sources, Badalucco has donated food many times to help out police and fire personnel.

“Secret Santa” once stopped by City Fish and More and gave Badalucco a medallion that says, “Change the world, one act of kindness at a time.” He tries to live by that motto

Badalucco started City Fish and More 38 years ago. His family, though, has been in business in the community for many more years. His grandfather, Pete Badalucco, had the first fresh fish market in Kansas City, Kansas, in 1938.

For three to four years, Pete Badalucco sold fresh fish on State Avenue, then he decided to start cooking it, and opened a restaurant, he said.

In 2002, he leveled the old building, a former Dairy Queen, and built a new building next to it, he said.

Some changes through the years have been the addition of online ordering and a website, cityfishandmore.com, he said. There are delivery services such as Uber Eats that will deliver orders, he added.

The menu, as the restaurant name implies, includes more than just fish. There are Italian steak sandwiches, chicken wings, a deep-fried angus burger, shrimp and chicken fritters on the menu. Some diners say City Fish and More has the best tenderloins in town.

The basa catfish dinner, a mild and sweet fish, is the most popular dish, for $9.99, he said. It includes a side order and drink. Other fish on the menu include giant catfish steaks, snapper, perch, tilapia and whiting. There are also fish and shrimp combinations.