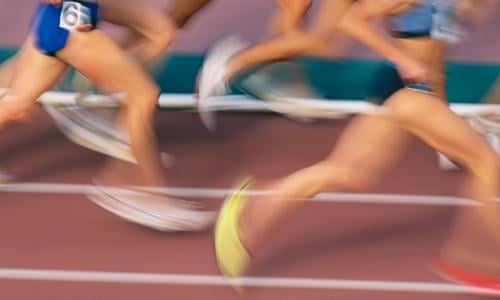 TOPEKA, Kan. – At the Division I Challenge in Topeka, Kansas, junior Merga Gemeda won the 5,000 meter race, recording a time of 14:35.20. This personal best performance ranks Gemeda sixth in Coyote history. The sports marketing and media major has seen success during his time as a Coyote and the commitment he makes with his coaches and his team allows him to excel. As a member of the Seventh-Day Adventist Church, Gemeda typically does not compete or practice on Saturdays because of his beliefs, unless it’s an important meet like the Challenge or Conference, Gemeda said.

Working with cross country and track Coach Dan Fitzsimmons and his family, Gemeda is able to balance his spiritual and competitive track life at USD.

“He knows a lot of competitions at the college level are on Saturdays just like high school state meets. We try having him avoid competing on Saturdays, but sometimes if he doesn’t race he doesn’t get the opportunity,” Fitzsimmons said.

Normally, Fitzsimmons has Gemeda race on Friday so Gemeda can go back home to Sioux City for church with his family on Saturdays, Fitzsimmons said.

“He is very devout, so it’s something we’ve worked out together,” Fitzsimmons said. “Saturdays involve no running, work or activity for the day so I feel bad when he does have to race Saturday.”

“I think that’s one of the reasons he chose USD, so he could run at Division I and still go home to church on Saturdays,” Fitzsimmons said.

Before committing to USD, Gemeda talked to lots of different coaches, and Fitzsimmons was one of the only ones who understood his situation, Gemeda said.

During the week Gemeda follows a normal training schedule where he trains for the 3k, 5k and 10k events. However, only the 3k and 5k are offered during the indoor season.

“I like to do speed interval workouts with the people who run the mile and the 800,” Gemeda said. “Those are the fastest people, so they push me in that aspect, and then whenever we do longer stuff my distance teammates push me to work hard.”

At the Summit League Championships for indoor track, Gemeda is motivated to win the 5k and place well in the 3k, he said.

After the indoor conference meet Gemeda will transition to the 10k for outdoor season, which Gemeda said he’s excited for.

“He loves to run and when he’s training hard he has the strength and aerobic capacity to run forever,” Fitzsommons said. “He will go on a 15 or 16 mile run and drop sub-six minute miles on a Sunday in the middle ten miles, which for some guys just running the route is enough. He is actually so talented he can go out there and decide how fast he wants to run.”

Fitzsimmons is excited for Gemeda to transition into the outdoor season because the coaching staff believes he has National Meet potential in the 10k.

“We’re wrapping up the indoor season but it’s always in the back of our mind to get enough volume to get us through the outdoor season,” Fitzsimmons said.

At practice Gemeda is someone that leads by example, Fitzsimmons said.

“He’s pretty quiet but he’s not afraid to lead,” Fitzsimmons said. “When we do particular workouts that involve a certain pace you’ll find him at the front setting the pace.”