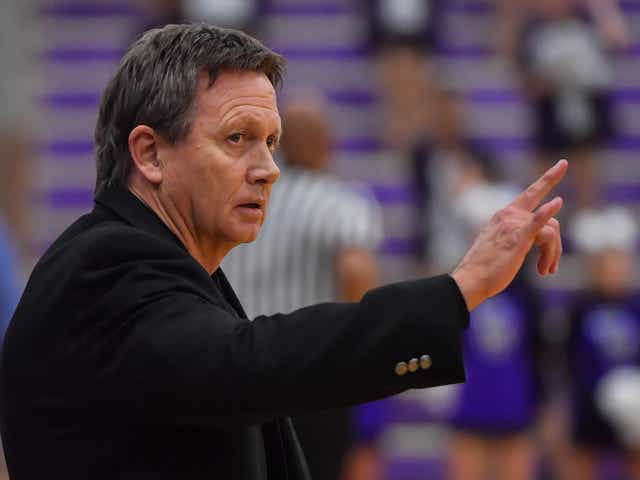 The string started Monday night with a huge road game at Washburn Rural. The Chargers (13-2, 10-1) held a two-game lead over Rural going into the contest and a win by West all but locks the Junior Blues out of a chance at earning a share of the league title.

It will be the third meeting of the season for the boys teams. West rallied from a 21-8 hole in the first quarter to blow past the Wildcats 78-60 in the first game back after the holiday break. The two met again in the fifth-place game of the Topeka Invitational Tournament with the Chargers hanging on for a 69-62 win.

West will finish its busy week with games at Emporia on Friday and home against Topeka High on Saturday.

Marque Wilkerson posted his third straight game of 20 or more in last Friday’s 77-62 home win over Junction City, finishing with 21. Elijah Brooks led the Chargers in the game with 28 points, hitting 13 of 15 shots in the game.

Wilkerson’s 17.9 scoring average leads West with Trevion Alexander right behind at 17.7 per game and Brooks averaging 15.7.

Hayden (4-11, 3-9) is coming off a disappointing 53-27 loss to Seaman last Friday after picking up a big road win earlier in the week against Junction City.

While the boys play at Hayde, the girls will play their game at West. Both girls teams are coming off tough losses.

Hayden’s girls were supposed to play Monday at Tonganoxie, but the game was postponed.

After having last Friday night off, Highland Park’s boys return to action looking to keep their hot streak going. The Scots (10-5, 9-3) have won seven straight games to climb into a tie for second place in the league standings with Washburn Rural.

Topeka High’s girls will look to avoid a mental letdown after pulling out a 59-53 overtime win at Washburn Rural last Friday to all but lock up the league title. The Trojans (16-0, 13-0) were down six with 15 seconds left before getting 3-pointers from Tae Thomas and Faith Shields to send the game to overtime, Shields’ 3 coming with two seconds left after NiJaree Canady’s inbounds steal.

Canady finished with 19 points and 22 rebounds while Ja’Neysha Hendricks scored a season-high 10. High has now won 39 straight games, the longest current girls’ streak in the state.

Seaman’s girls avenged a pre-Christmas loss to Hayden with a 43-32 win. The Vikings (6-9, 6-6) were to have played at Manhattan on Monday, but severe weather conditions postponed the game to Tuesday.

Seaman’s boys (8-8, 7-6) put together a big week last week, sweeping Washburn Rural and Hayden, the latter a 53-27 demolition on Friday. Casen Stallbamuer scored a season-high 15 points and Ty Henry added 10 as the Vikings locked up Hayden from start to finish.

High’s boys (2-14, 2-11) were steamrolled by Washburn Rural on Friday, trailing by 31 points heading into the fourth quarter before trimming the final to a 68-47 margin, Jalen Smith scored a career-high 29 points.

Cair Paravel’s boys (9-7) were in heartbreak city all last week, dropping tight decisions to both Veritas (56-53) and Class 1A Division I ranked Lebo (73-68 in overtime).

Topeka Public Schools postpones all sports due to weather