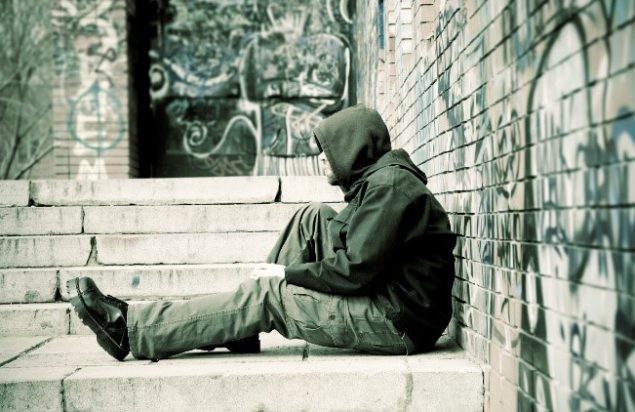 City officials say the number of people on the street likely rose because of restrictions imposed in homeless shelters in an effort to slow the spread of COVID-19.

Snow covered the ground and morning wind chills were in the mid-teens on Jan. 27, the day the city conducted this year’s annual point-in-time count.

Its results show that the city’s number of homeless people dropped to 298 this year from 401 last year, according to a news release issued Thursday by Molly Hadfield, media relations coordinator for Topeka’s city government.

The city’s homeless population was 441 in 2019, according to the count.

This year’s results indicate the number of people living on the streets rose to 105 from 65 last year, Hadfield said. That amounts to a rise of 62.5%.

Meanwhile, she said, the number of people living at homeless shelters dropped to 155 this year from 254 last year.

The number of people in transitional shelters decreased to 38 this year from 82 last year.

The 298 people experiencing homelessness this year in Topeka include 123 households, Hadfield said.

Hadfield said 270 of this community’s homeless residents are 18 or older while 28 are under 18.

Sixteen of this community’s homeless people are military veterans, she said.

The federal government requires communities — in order to receive funding for homelessness-related programs — to complete an annual point-in-time count of homeless residents.

The count provides the data needed to understand the number and characteristics of people experiencing homelessness in the community.

Officials seek to arrange for the surveys involved to be filled out by people who are unsheltered, in emergency shelters or in transitional housing.

Corrie Wright, the city’s division director of housing services, was quoted in Thursday’s news release as expressing thanks to the 35 people who helped carry out this year’s count.

”During this pandemic, it is important to continue with the homeless count to ensure we are putting our resources in initiatives that help the most vulnerable,” Wright said.