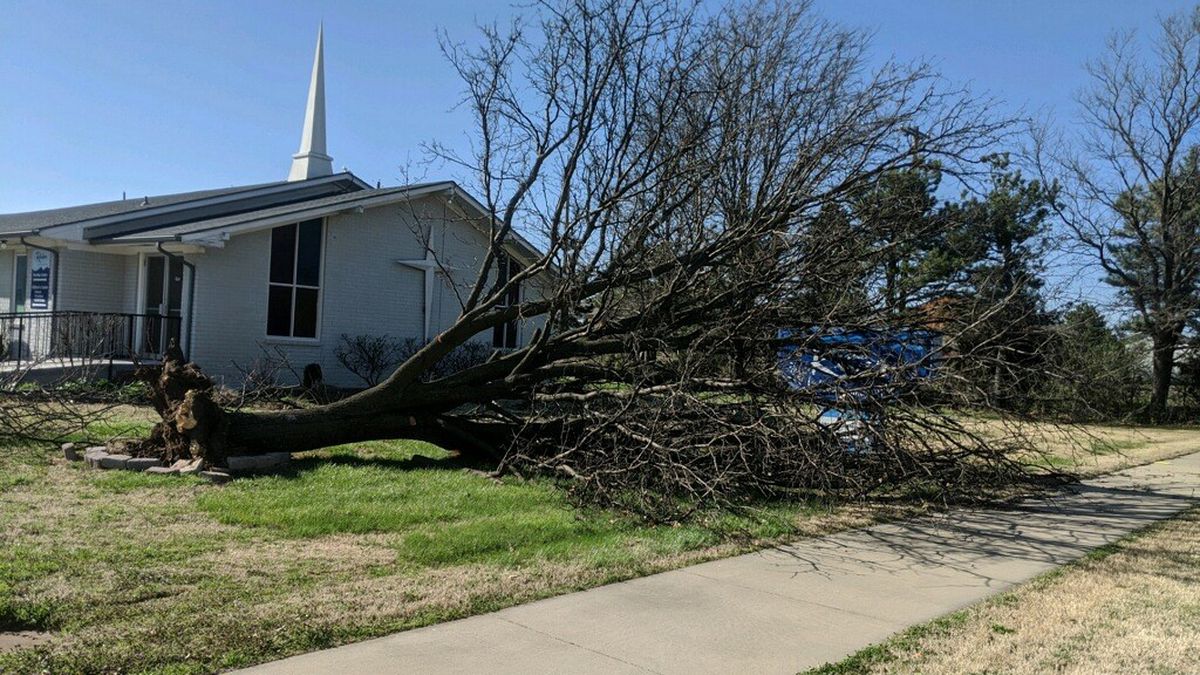 Kansas – High winds have left thousands without power after downing power lines and power poles across Kansas. More than 9,000 customers are without power in and around Wichita due to the winds, according to the Evergy outage map.

Wind gusts of up to 60 miles per hour were reported at Wichita’s Dwight D. Eisenhower National Airport and in Hutchinson where crews continue to battle a large grass fire.

Lori Trego submitted video through the KWCH 12 app showing winds blowing over a power pole in Haysville. Buddy Beck captured a photo of a large tree that was uprooted in Clearwater, and Jessica Greene sent a video from Derby showing a trash can being blown across a field.