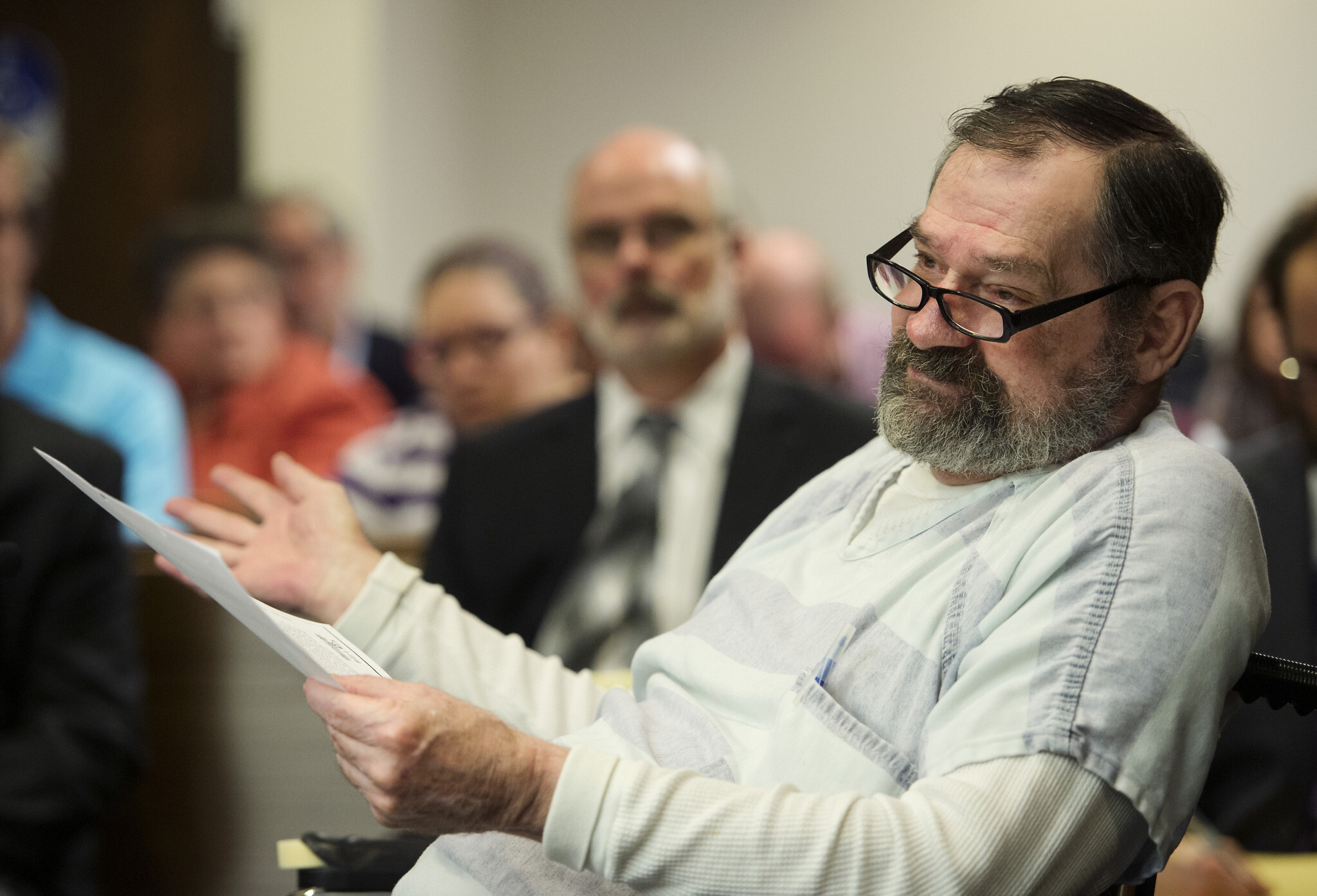 Kansas — The Kansas Supreme Court on Monday will hear arguments in the appeal of F. Glenn Miller Jr., an avowed white supremacist sentenced to die after he was convicted of killing three people at Jewish sites in Overland Park in 2014.

Among other issues, Miller’s attorneys say the trial judge in Johnson County made a mistake when he allowed Miller to represent himself in the penalty phase of the case. They also contend the death penalty unconstitutionally violates “the fundamental right to life” under Kansas’ Bill of Rights.

Miller, also known as Frazier Glenn Cross Jr., was sentenced to death in 2015 after he was convicted of capital murder. His April 13, 2014, rampage outside the Jewish Community Center and the Village Shalom care center took the lives of Reat Underwood, 14; his grandfather William Corporon, 69; and 53-year-old Terri LaManno, who worked with visually impaired children.

Jurors found the murders especially heinous and sentenced Miller to death, which Judge Kelly Ryan accepted. Miller, who had lived in Aurora in southwest Missouri, was also sentenced to more than 32 years in prison for other crimes, which included attempted murder for shooting at people who were not struck by his gunfire.

At his sentencing, Miller reiterated his desire to kill Jewish people, The Kansas City Star reported.

Some of the relatives of Miller’s victims said they supported a death sentence, while others expressed forgiveness.

During the trial, Miller represented himself and argued the shootings were justified because he was trying to stop “the Jewish genocide against the white race.” All of his victims were Christians.

In Miller’s appeal before the state’s highest court, his attorneys have raised issues concerning whether the judge should have considered if Miller was mentally competent to represent himself, and if he excluded mitigating evidence that could have reduced Miller’s punishment.

An Army veteran who fought in Vietnam, Miller had long been known for his anti-Semitic and racist statements. He was a one-time “grand dragon” of the Carolina Knights of the Ku Klux Klan.

He ran for office several times and never got more than a handful of write-in votes. In 2006, he sought the 7th District U.S. House seat from Missouri and in 2010 filed as a write-in candidate for the U.S. Senate from Missouri, The Star previously reported.

Miller is now among 10 inmates in Kansas sentenced to death.

While prosecutors in Kansas continue to charge capital crimes and seek the death penalty, the state has not executed an inmate since 1965, according to the Death Penalty Information Center.

In November, a lawsuit filed against the head of the Kansas Department of Corrections argued that its policy to “automatically and permanently” hold those inmates in solitary confinement was unconstitutional. In court filings since then, the state Attorney General’s Office said the policy the suit challenged was already being revised but that its implementation had been delayed by the pandemic.