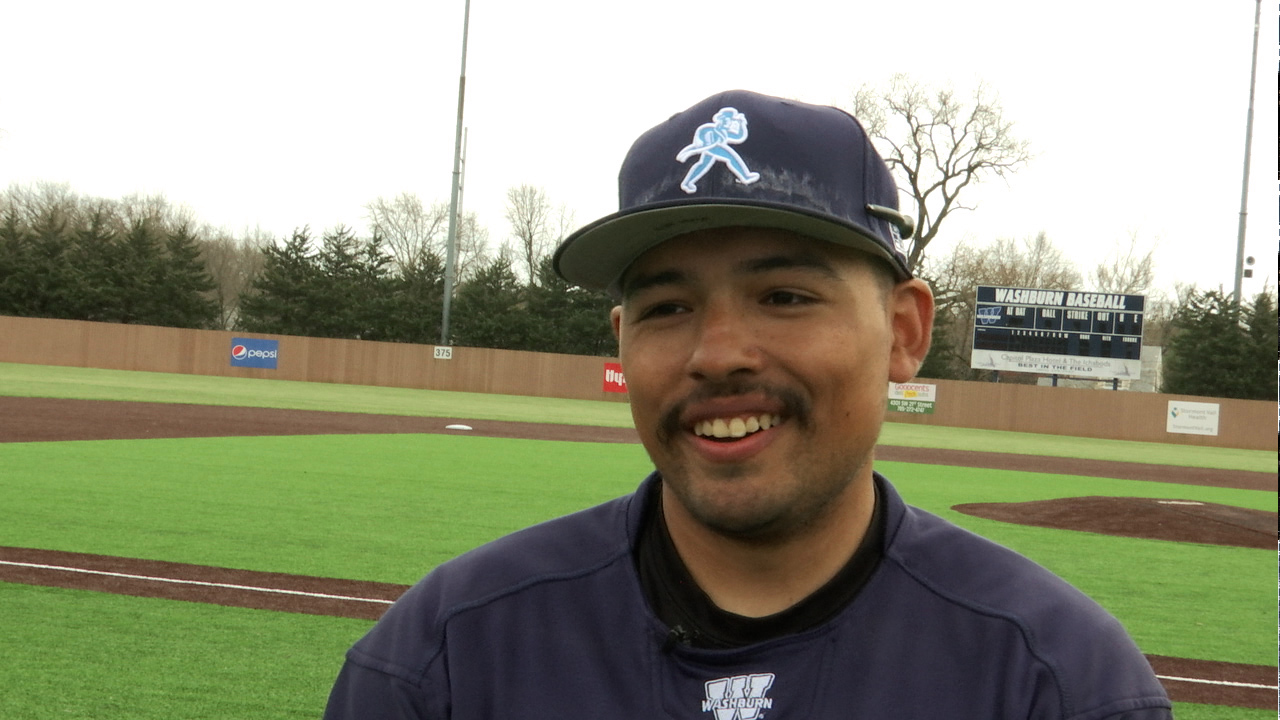 TOPEKA, Kan. – Washburn first baseman Eric Hinostroza is hitting just under .300 for the Ichabods this year. However, it’s his life off the field that makes him unique.

When he struggled there academically he turned to a different path, joining the Army. At this point, Hinostroza thought his baseball career was over.

“My plan was once I was out of college the first time I was planning on making the army a career,” said Hinostroza.

Four years later though, his perspective was different. He now had a wife and a son, with a second child on the way.

“I wanted to be with my family more,” said Hinostroza.

He returned to play another year at KCK, knowing that if he wanted to continue playing after that, it would have to be close to home.

Hinostroza lives in McLouth, less than 45 minutes down the road from Topeka. When Washburn Head Coach Harley Douglas saw Hinostroza play and heard that he wanted to stay in the area, he was more than happy to welcome him to Washburn.

“After you get to know him and you see the infectious attitude that he brings… you knew it was going to help the program and the program would benefit definitely from that. It made it pretty simple,” said Douglas.

The 26-year-old father of two has learned that baseball isn’t everything.

“Baseball is just a game,” Hinostroza said. “It’s not the end of the world if I don’t hit the ball.”

The veteran first baseman is someone younger guys can look up to.

Third-baseman Zion Bowlin says he and ‘Hino’ bonded over both living off campus and being some of the only minorities on the team.

“You could say he’s a mentor in a way because he works hard, he never gives up on us, he’s a leader of the team,” said Bowlin.

A veteran player with a whole lot of experience and a little bit of wisdom might sound like someone who would make a good coach. The Ichabods thought of that, too.