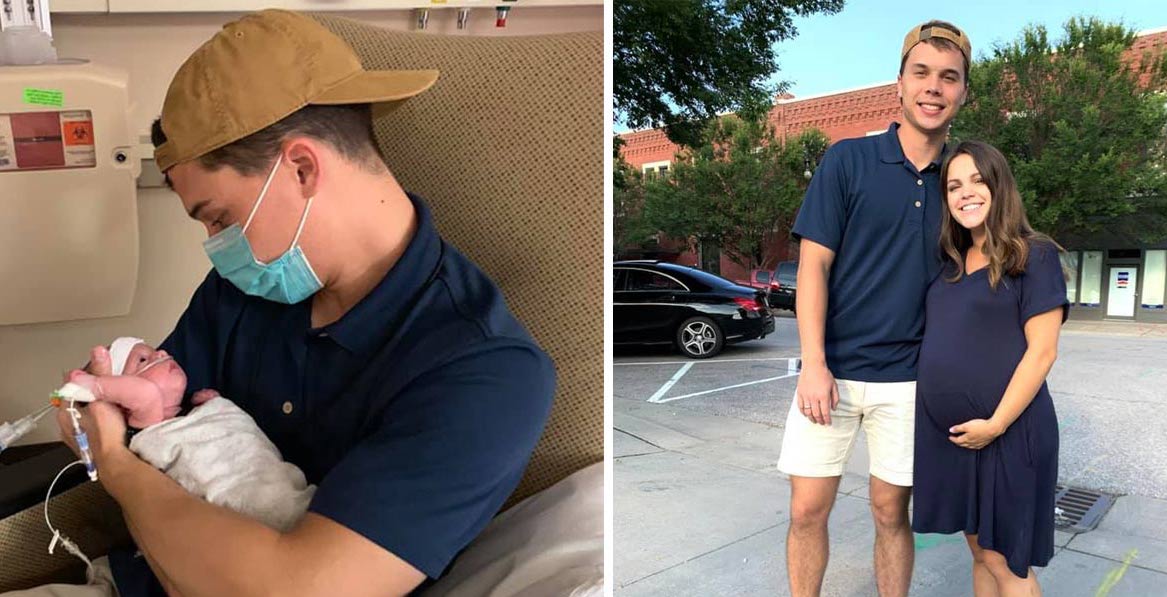 In the beginning of July, Samantha Russell was killed when a man attempting to evade police crashed into her vehicle in Wichita, Kansas. The 22-year-old soon-to-be mother was 33 weeks pregnant. Thankfully, due to paramedics who had a feeling her unborn child was still alive, she was rushed to the hospital and her baby boy was born. Seven weeks later, Mac Russell got to head home with his dad Brandon.

Brandon shared the exciting news on social media, and thanked those who helped Mac grow strong enough for him to go home. Following the fatal accident, Brandon was faced with mourning the loss of his high school sweetheart while also celebrating the birth of his first child.

“She was amazing and everything I ever wanted or could ask for,” Brandon said.

Periodically Brandon shared updates with family and friends about Mac’s condition on Facebook.

“Mac is doing pretty well. He is making progress everyday,” he wrote three days after his birth. “The doctors are unsure about how long he went without oxygen and after the MRI done yesterday they told me that he has some damage in some spots with the white matter in the brain.”

And while he grieved for his wife, he also made a commitment to always being there for Mac.

“Of course nothing will ever be the same but I still have a purpose in life,” he wrote on Facebook. “I take solace in the fact that Mac is here with us in this crazy world and I’m grateful for him being healthy. He will know everything there is about his momma.”

The man responsible for the crash that killed Samantha was charged with first-degree murder, aggravated battery, two counts felony flee and elude, among other charges.

“He had a long history of alcohol abuse”, Father allowed his 2-year-old girl to die of malnutrition and called the police ‘several’ hours after the child’s death