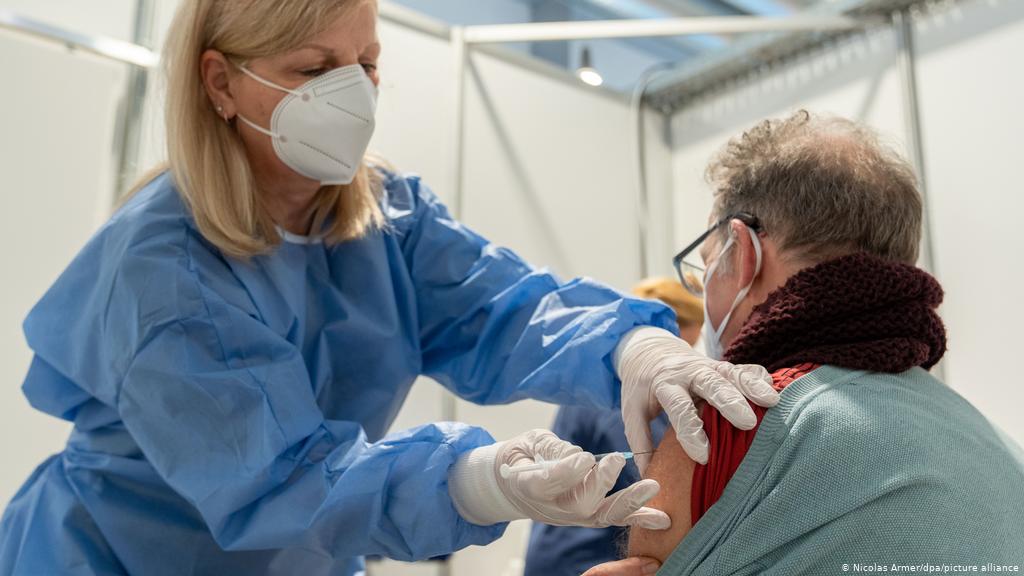 TOPEKA, Kan. – While the governor tries to fight the health battle of coronavirus in the public eye, her husband is combatting the virus on the ground.

Ted Daughety, the First Gentleman of Kansas, and longtime lung doctor, retired in April. But recently he decided it was time to get back to work.

“I was trained in immunology, and a pulmonologist, and to be on the sidelines during this was kind of ridiculous feeling,” Daughety said.

He closed his office, where he mostly treated sleep disorders, because of the pandemic, but didn’t rule out working again if there was surge in cases. So now he has a new job, in a screening clinic that diagnoses patients with symptoms before they visit the doctor or have a procedure.

On Tuesday, Daughety got his first dose of the coronavirus vaccine, along with hundreds of other employees at Topeka’s Stormont Vail Health.

“The opportunity so quickly to be able to protect our families, and our work, and our travel for heaven’s sake, so quickly is simply amazing,” Daughety said.

Governor Kelly said she is grateful for everything healthcare workers in the state have been doing for months. As for her husband, she said helping out is in his blood.

“So much of who Ted is, is a caretaker and I think the highlight of his life has been to care for patients,” Kelly said. “I think he’s glad to be back, sort of at the trenches, and doing the work.”

Daughety said he enjoys being where he can best use his skills.

“We like to use our training to be of help, so that when there’s lots of sick folks, I run toward it, just because that’s my training,” he said.

Daughety is 71, and Kelly is 70, but the two said they’re not worried about this causing an increased risk of catching the virus.

“He’s got a whole routine set up where the clothes that he had on that day go into the washing machine, and I know he’s fully decked out in the full PPE, and so no, I’m not really concerned,” Kelly said.

Daughety did say that getting the vaccine makes him more comfortable. Governor Kelly said she plans to get her first dose of the vaccine next week.