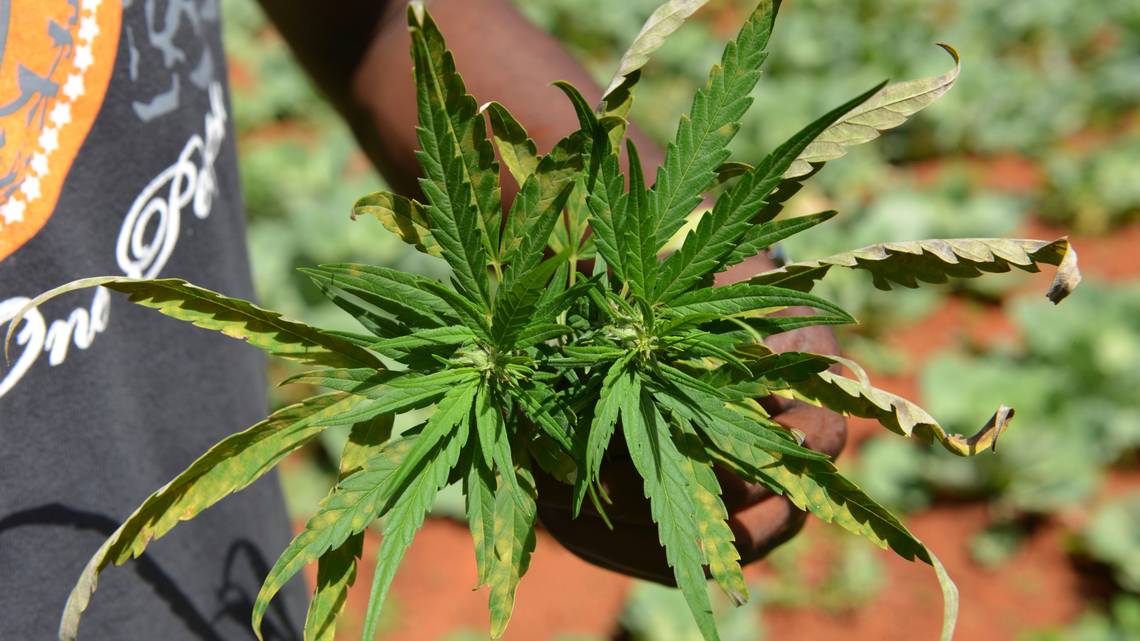 TOPEKA, Kan. – Gov. Laura Kelly has been pushing for years for Medicaid expansion in Kansas, a priority that has faced pushback from state Republicans who argued it would cost too much.

On Monday, the Democratic governor said she would put forth and present a bill with her solution ― legalize medical marijuana, and in the process, use that revenue to fund Medicaid.

It would kill two birds with one stone, as Kansas remains one of the few states to not expand Medicaid or legalize medical marijuana.

Here’s what to know about her proposal.

What’s in the bill?

The actual introduction of the bill, when its contents will be revealed, is set to come this week or next.

But in her announcement, Kelly said most of the content will be the same as last year’s compromise forged by herself and former Senate Majority Leader Jim Denning. That compromise had her administration promising “a robust work referral program that promotes self-reliance” and that new enrollees would pay a premium of up to $25 per person or $100 per family. Medicaid would be expanded to the full 138% of the federal poverty line at 90% to 10% match from the federal government.

In terms of cost, the state would promise reinsurance ― insurance for insurance companies, to put it basically ― to cover the highest-cost patients, in addition to surcharge fees from Kansas hospitals.

But now, those two funding components have disappeared. To fund that Medicaid portion, the bill instead would legalize medical marijuana. It is the first time the governor has formally proposed marijuana legalization.

Advocates across the state cheered the move, with health care groups ranging from the Kansas Hospital Association to the American Cancer Society long eyeing expansion as a way of helping hospitals, particularly those in rural areas, as well as increasing access to care.

“There’s been poll after poll that’s been done over the last several years that continuously shows that there’s public support for Medicaid expansion,” said Chad Austin, president of the Kansas Hospital Association, on Tuesday morning. “So hopefully our policymakers here in Topeka will take advantage of that and find a solution that’s right for Kansans.”

Kansas is one of nine states that hasn’t expanded Medicaid. All four neighboring states have opted to expand their programs after Missouri narrowly approved a ballot initiative in August that would increase access to its MO HealthNet program.

How would a medical marijuana program work?

Nationally, 36 states have some form of legalized recreational or medical cannabis. Others have more restrictive programs that only allow CBD oil and other products with low levels of THC, the compound in cannabis that is mind-altering.

Kansas, along with Idaho and Nebraska, are the only three states without any public cannabis program, although CBD products with no THC content are allowed in Kansas and an industrial hemp program was created in 2019.

CBD products with THC are legal in the state, but only for those who are very ill.

Bills, primarily introduced by Democrats, have been introduced on the subject for the last several years, largely gaining no traction. Because Kansas doesn’t have a process in which citizens can put the issue on the ballot, that has left it in policy purgatory.

But things began to change in 2020. Rep. John Barker, R-Abilene, came out with legislation mirroring Ohio’s medical marijuana program, which only allows for edible and topical cannabis products — not the leafy green stuff.

It also would allow for a so-called “safe harbor provision” that would allow residents of other states, such as Missouri or Oklahoma, to travel through Kansas without the fear of being arrested for marijuana possession.

The bill stalled last year, largely due to COVID-19, which stopped most nonpandemic bills in their tracks.

One barrier in the past has been the opposition of law enforcement to any legalization effort. Sedgwick County Sheriff Jeff Easter said in a hearing last year that “proponents of this, they want to get high.”

But Barker said it would be in their interest to change that mindset.

“In my opinion, they should probably get on board,” he said.

Will marijuana cover the costs?

Kelly claims the medical marijuana venture would “more than offset” any cost incurred by the state for Medicaid expansion. With the bill not yet introduced, it is tough to pinpoint the exact revenue medical marijuana could bring in, although Kelly has said it could be upwards of $50 million.

Ohio, whose program has similarities with what is being proposed in Kansas, brought in $58 million in sales in 2019, its first year of operation. That equated to roughly $4 million in tax revenues for the state.

But because many corners of the Buckeye State didn’t even have a dispensary for much of the first year, some say that number is artificially low and does not bear a relation to what Kansas would experience. Revenues also were expected to grow further in 2020.

As for Medicaid expansion, Kelly’s budget proposal pegs the cost to the state at $19 million, with over $500 million in federal funding flowing into Kansas. Proponents also argue that expansion would create more jobs and tax revenue for the state, in effect helping offset the increase in costs, but this is hotly contested by conservatives.

What are the bill’s chances of passing?

This time around, in a more conservative supermajority, Medicaid expansion seems even less likely. The fact medical marijuana could address the cost concern didn’t seem to change minds.

“If Medicaid expansion is revenue neutral like we’ve always been told, why does it need a revenue source to pay for it?” tweeted House Majority Leader Dan Hawkins, R-Wichita, referencing proponents’ claims that expansion would pay for itself in the long term with its economic benefits.

It is a talking point that will likely be used against the bill.

Ultimately, it may not be cost but rather the idea of a “welfare state” that will have conservative lawmakers voting against expansion despite any adequate funding present.

“While it is noteworthy the governor is acknowledging the high fiscal note by proposing this creative funding mechanism, creating a new welfare program for able-bodied adults is not in the best interests of Kansans,” said Senate President Ty Masterson, R-Andover. “Any new revenue stream should be returned to the people, while we preserve Medicaid for those whom it was intended — the elderly, the disabled, and other vulnerable Kansans.”

Masterson’s comments, however, leave open the sentiment that medical marijuana legalization — by itself — may have some potential for passing.

Barker was noncommittal Monday on Kelly’s idea of using marijuana to bankroll expansion.

But he said he was positive about the fortunes of a standalone medical marijuana proposal, although he said he “didn’t know” that Kelly’s proposal would change much for its fortunes.

“I’ve talked to a lot of members on my side and none of them are giving me a hard time on it,” Barker said of the standalone medical marijuana proposal.

But as for Medicaid expansion itself, its future will need a lot more than marijuana to have any high expectations of success.