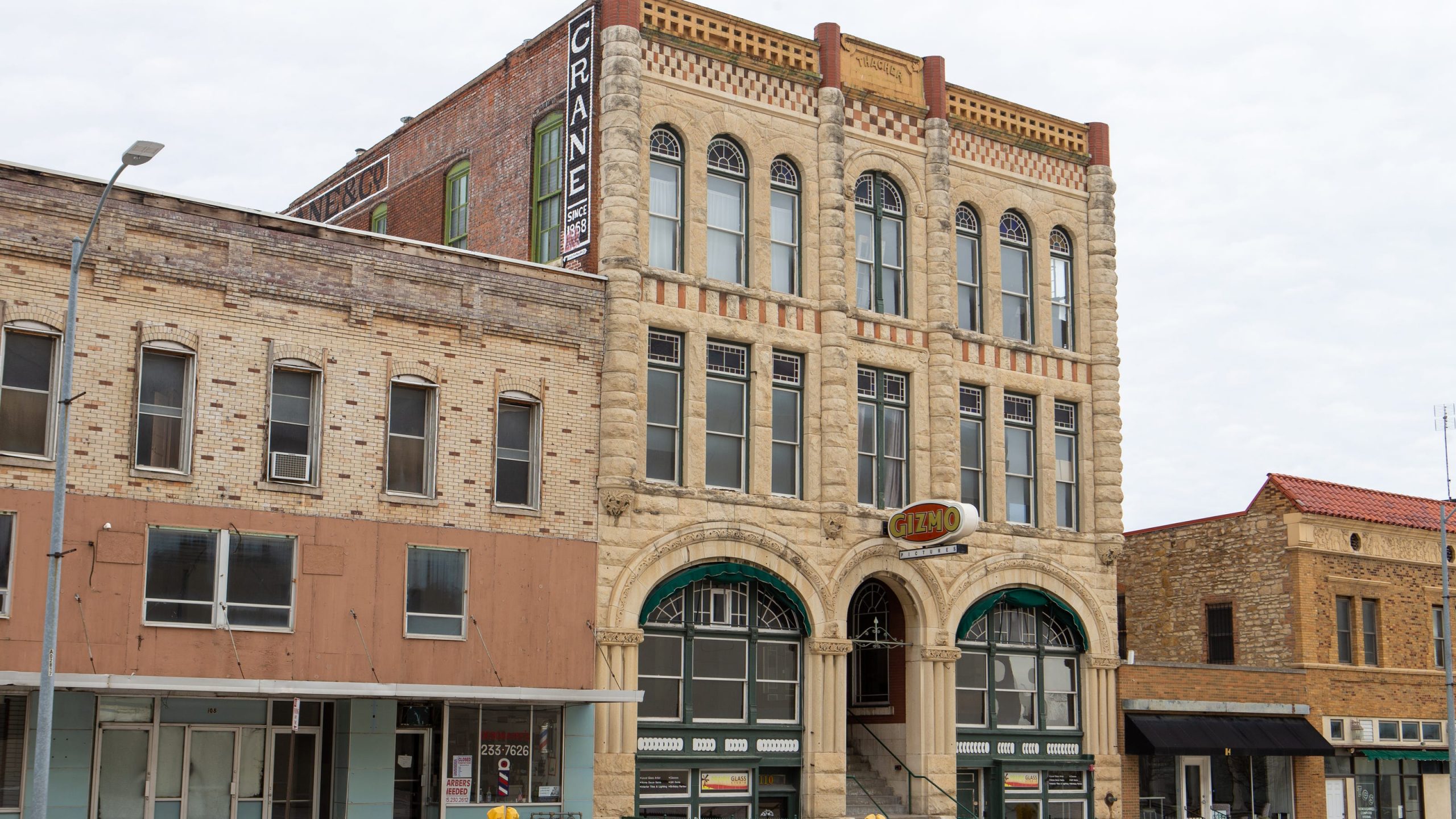 TOPEKA, Kan. – The Thacher building in downtown Topeka was recently approved for two grants totaling $110,000. One of the grants, worth $90,000, comes from Governor Laura Kelly who also awarded grants to 14 other historical sites.

The grants were allocated to the Thacher building after Jeff Carson, co-owner of the building and the company Gizmo Pictures that it homes, applied for them. The historical venue was suffering from some structural deficiencies that were accumulated over the years and needed saving. Some tenants, including Juli’s Coffee and Bistro, had to move out.

The venue was designed in 1888 by world-renowned architect John G. Haskell. Haskell was also the architect for the Kansas Statehouse located just a few blocks from the Thacher Building.

The grants for the historic building will be used for adding load-bearing walls throughout all four floors of the building to assist with structural support. The grant money will also help to replace nine large windows and fix portions of the outside brick walls that support the venue.

Carson purchased the building back in 2009 and initially invested $700,000 for immediate upgrades and restoration. The initial project was moving forward smoothly until the structural deficiencies derailed its progress two years ago.

“Downtown Topeka is very unified,” Carson said. “DTI and Visit Topeka are all very certain that this common core of Downtown and NOTO are going to be vibrant places for people to come and have great experiences, and this building has been a part of that for the last ten years.”

The renovations are moving quickly, and all restorations to the Thacher building are expected to be done by mid-summer.