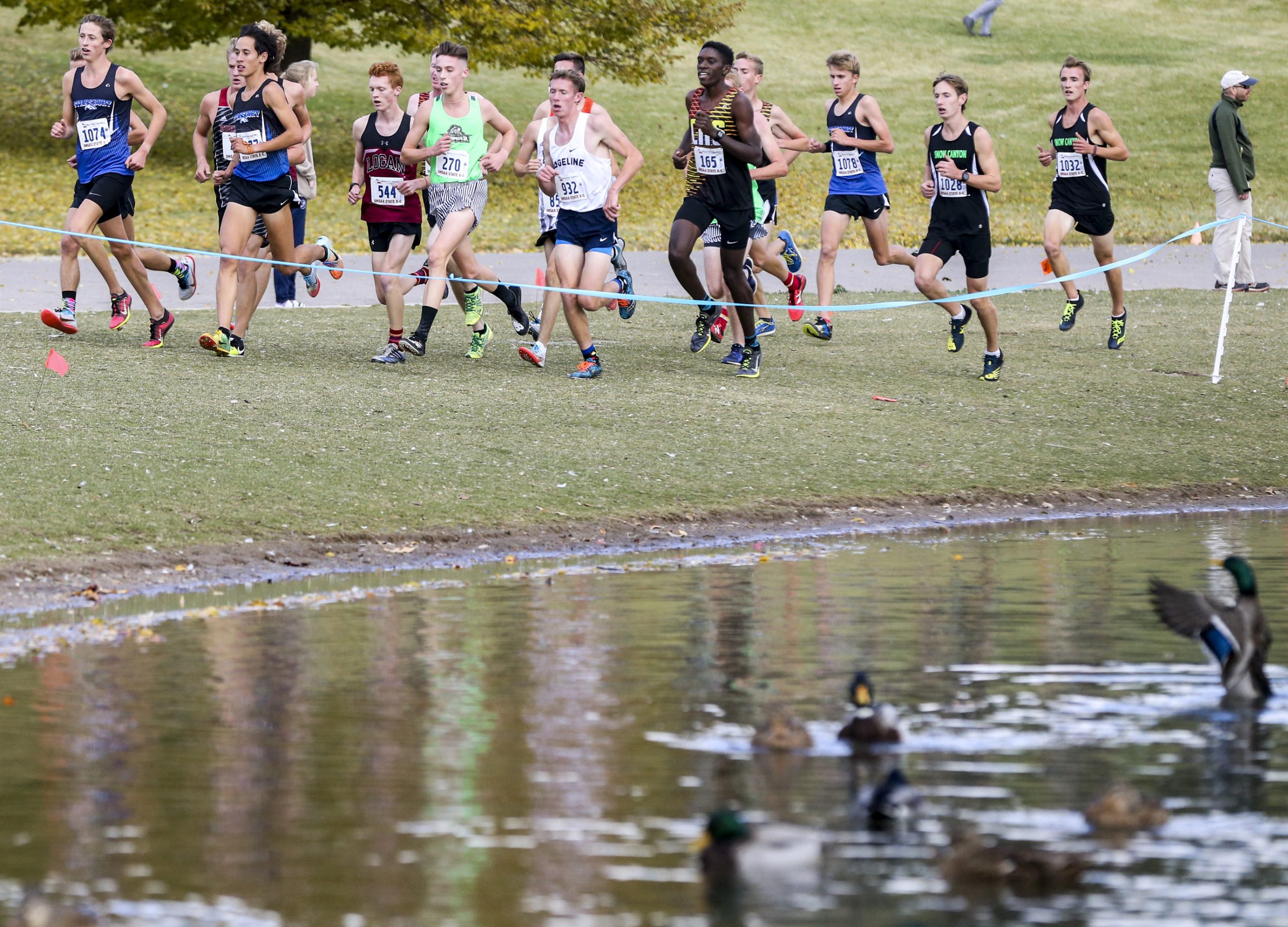 TOPEKA, Kan. – Hayden junior cross country star Tanner Newkirk is usually more concerned about his time than he is about his finish.

But Saturday’s Class 4A state meet at Wamego Country Club is an exception, with all of Newkirk’s focus on capturing his first state championship.

“This meet’s a little bit different than the other ones,’’ Newkirk said. ”It’s more of a placement thing. Yeah, if I run a (personal record) I’ll be happy, but the main goal for this race is getting the win.

“I feel amazing. I’m starting to feel fresh from the taper and I think it’s setting up to be a great meet for me.’’

Newkirk is very familiar with the Wamego course, getting set to compete in his third state meet Saturday while also running the course in the regular season.

“I really have started to like the Wamego course because I feel like I know where to make my move and how to run it, so I definitely feel a lot more confident every year,’’ Newkirk said.

And although Newkirk knows he’ll be fighting butterflies when he lines up for the 9:30 a.m. state race, he’s eager for the opening gun.

“If you’re not nervous before a race it’s probably not good, so I’m always somewhat nervous and I’m sure I’ll be very nervous going into the state championship and hoping to come out with the title, but of course I’m also going to be very excited,’’ said Newkirk, who placed 12th at state as a freshman and second last fall.

Hayden coach DeJuan Gardenhire said Newkirk has done everything possible to put himself in position to win a state title.

“We all knew he was fast his freshman year but now his last mile is something special to watch. He’s gotten better at that over time, knowing how to finish that last mile in a 5 (kilometer).’’

Hayden qualified its entire team for the state meet with a second-place regional finish last Saturday at El Dorado Lake.

“I’m very proud,’’ Gardenhire said. ”Some of these kids I’ve been working with them since their freshman year and able to coach them in track and field. We’ve been working hard all summer since June and I’m just glad the hard work is paying off.

“Whatever happens happens on Saturday and hopefully we’re at the top of the podium, but I know there’s a lot of good teams at the state meet after the same goal as well. If a kid PRs I can’t ask for anything else.’’

CLASS 6A AT AUGUSTA

Washburn Rural, which won the 6A boys state title last fall, qualified both its girls and boys teams for Saturday’s state meet at the 4 Mile Creek Resort with second-place regional finishes at Manhattan.

The Junior Blues got a pair of runner-up individual finishes at regionals, with sophomore Madeline Carter second in the girls race and senior Arrik White second for the Rural boys.

Topeka High qualified freshman Avery Zimmerman for the 6A girls race and senior Addison Sigg and sophomore Michael Christoper for the boys race.

Zimmerman qualified individually with an 18th-place regional finish while Sigg was 10th and Christopher 13th.

The 6A boys race is scheduled for a noon start Saturday, followed by the girls race at 12:35 p.m.

CLASS 5A AT AUGUSTA

City schools will be well-represented in Saturday’s state meet at 4 Mile Creek in Augusta after a strong performance in the 5A regional at the Kanza Park course.

Njoroge, a sophomore who placed 12th at state as a freshman, captured his first regional championship in a 5-kilometer time of 16 minutes, 14.45 seconds, while Seaman’s boys won the team crown by a 50-65 margin over Lansing and the Viking girls won by 39-74 margin over Basehor-Linwood.

Shawnee Heights claimed the third boys team berth for the state meet at by an 85-107 margin over Topeka West.

Seaman placed all of its top five runners in the top 13 individually, led by senior Corbin Atkins’ sixth-place finish.

Topeka West junior Anna Phelps qualified for state as an individual for the second straight year, finishing ninth at regionals.

Top public health official in Topeka area to step down