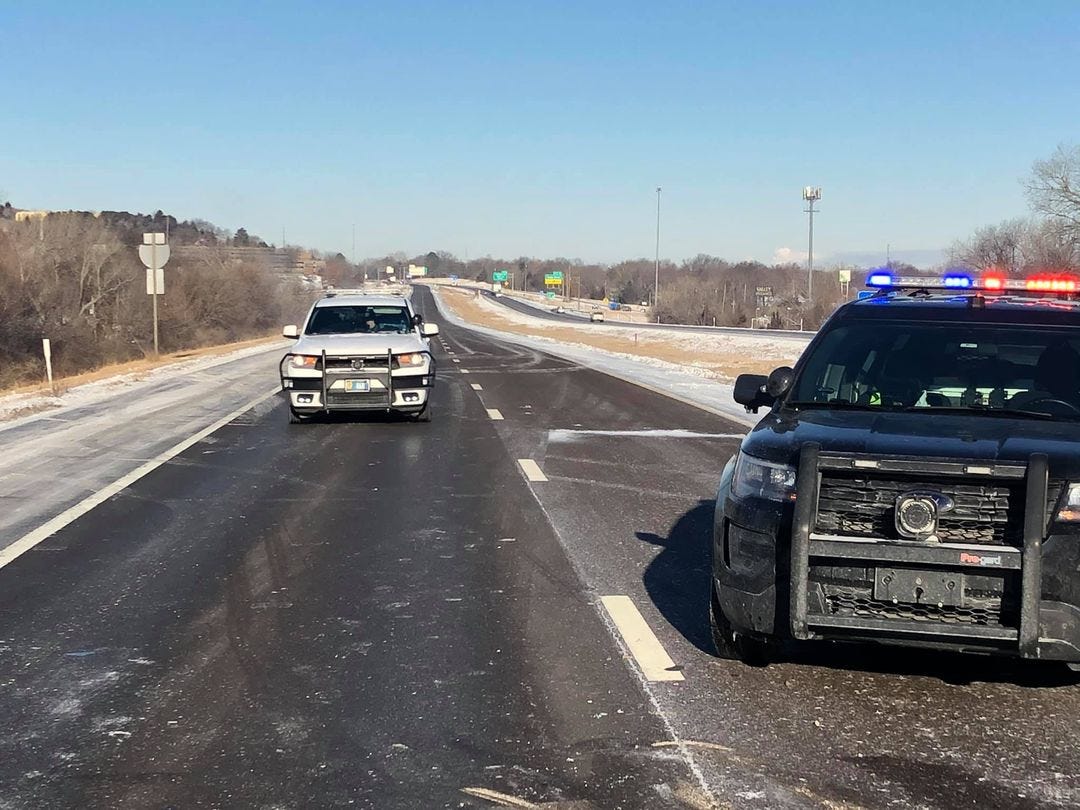 TOPEKA, Kan. – The Kansas Highway Patrol on Wednesday identified Evelyn A. Webster, 75, of Carbondale, as the woman killed Tuesday morning in a two-vehicle traffic crash on Interstate 470 in southwest Topeka.

The other driver, Nicholas Jay Motsinger, 24, of Topeka, suffered no apparent injuries, the highway patrol said in an accident report posted on its website.

The crash occurred about 8:10 a.m. Tuesday on I-470, about one-half mile east of S.W. Gage Boulevard, according to the report.

It indicated Webster was driving a car westbound on I-470 amid slick conditions when it left the westbound lanes, slid through the median, entered the eastbound lanes going west and struck an eastbound pickup truck driven by Motsinger.

Both drivers were wearing seat belts and neither had any passengers, according to the accident report.

The crash forced the highway patrol to temporarily shut down I-470 between Burlingame and Gage.