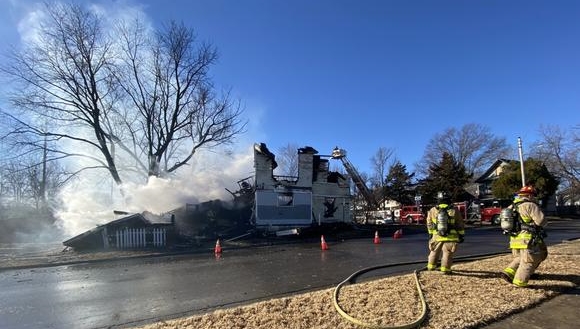 TOPEKA, KS – On Monday morning, the Topeka Fire Department responded to a call around 8:40 a.m. about a two-story house being on fire.

When the firefighting crews arrived at the intersection of 16th and Clay, the house was completely caught up in flames.

There is no information if there were people inside the building.

Reportedly, the fire was so intense that firefighters had to spray water on their vehicles to cool them down and prevent damage.

Topeka Fire Department public information officer Alan Stahl said firefighters used the weight of the water from the fire hoses to push the walls in, so they would not fall outward.

Stahl said the home had previously been on fire.

Body was found in a pond in Indian Rock Park