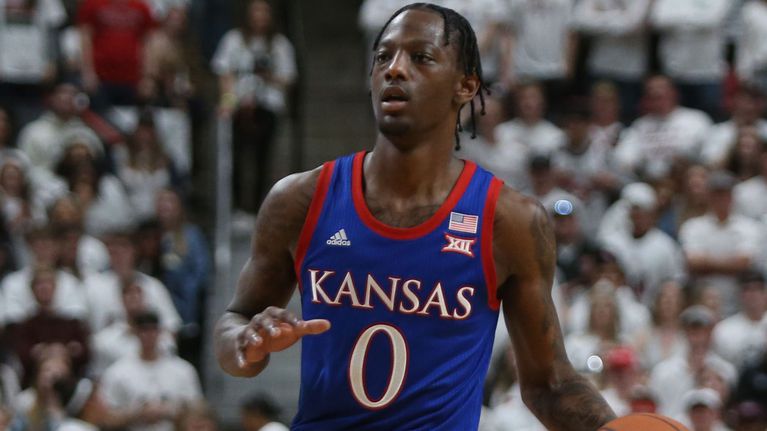 The Jayhawks (16-7, 10-5 Big 12) held the Wildcats to a season low in points despite a ho-hum offensive performance.

“I thought we guarded well, but they had some good looks,” Kansas coach Bill Self said. “We labored offensively, and we did some good things.”

It was also the second-fewest points allowed by a Self-coached team in conference play. (Nebraska scored 39 in 2007.) It was the fewest points scored by Kansas State since at least 2003.

The teams were abysmal from 3-point range, with Kansas going 4 for 16 and Kansas State at 3 for 24, including two in the final minutes.

“I don’t know why our shooting was so off tonight,” Kansas State coach Bruce Weber said. “I thought we did well on the defensive end, but we need to have poise shooting. Maybe it was we wanted this one so bad, but we needed to relax.”

The Wildcats got a boost from Dajuan Gordon, who scored a team-high 12 points. It was his first game since Jan. 30, when he left a game with a foot injury.

With the Wildcats hanging around and down seven in the second half, Kansas went on an 8-0 run to extend the lead to 15 points.

“We just take it one game at a time, so it wasn’t hard to get up for this one,” Wilson said. “Every game matters and now we are ready for Tech.”

Kansas State was careless with the ball, turning it over 18 times. The Jayhawks converted those miscues into 29 points. Kansas committed 16 turnovers.

“We are 10-5 in the league and everyone has a tough schedule ahead,” Self said. “We have a chance to get second in conference, and that’d be a great accomplishment for this group.”

Kansas State missed Gordon, who averages nine points and six rebounds this season and is a vital part of the offense.

Kansas: Turned it on when needed in the second half, but will need to figure out its shooting woes before a tough home game Saturday.

Kansas man arrested on suspicion of indecent solicitation of a child