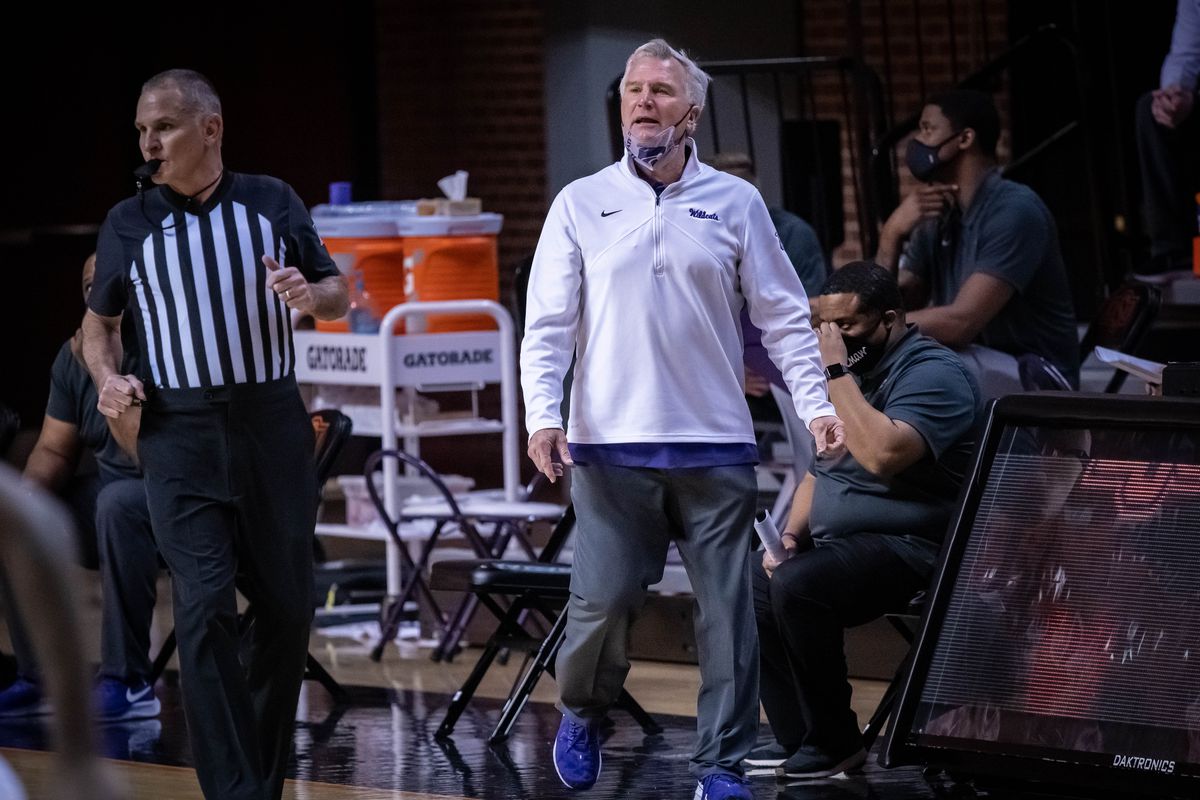 Kansas – Two games straight games with losses less than double-digits makes it feel like the Wildcats are finally starting to make progress n this throw-away season. Sure, Kansas State hasn’t quite made it over the hump to actually winning a game, but at least things have gotten better from where things were even just a couple weeks ago when these two teams last met.

Of course, we had this weird thought that the Wildcats might stay competitive with the Jayhawks back then. They had just come off a seven point loss to Texas A&M, and KU was stumbling through a rough patch. And then an average KU steamrolled K-State, winning by 23 in a game that wasn’t even really that close. And it was also without the typical “fanfare” of Allen Fieldhouse, which made the crappy performance even worse.

Don’t expect much different tonight. Sure, the 15% capacity crowd in Bramlage will have much more of a purple tint, it’s still going to lack the home court advantage typical of this series. And the Wildcats still haven’t won a game in 2021 while KU is coming in winning each of their last three, and have made their re-appearance in the polls. That means for the 7th-straight conference game, the Wildcats will be facing an opponent ranked in the Top 25 of either (atually both) polls. Gross.

So don’t expect a miracle tonight. I mean, at least the finish should be closer than the blowout in Lawrence, but it’s incredibly unlikely that the Wildcats will make this the game that ends their losing streak. Just be prepared for yet another season of dealing with your obnoxious KU basketball fan co-workers and family members while having sweet memories of 55-14.

Today’s game from Bramlage Coliseum tips at 7:01pm CT and can be seen on Big 12 Now on ESPN+ with Rich Hollenberg (play-by-play) and Robbie Hummel (analyst) on the call.

If you haven’t subscribed to ESPN+ (and you can do so right here) or just don’t want to, you can listen to Wyatt Thompson (play-by-play) and Stan Weber (analyst) call the game on much of the K-State Sports Radio Network, and also available online via the TuneIn App and at K-StateSports.com, and satellite radio on XM 387.