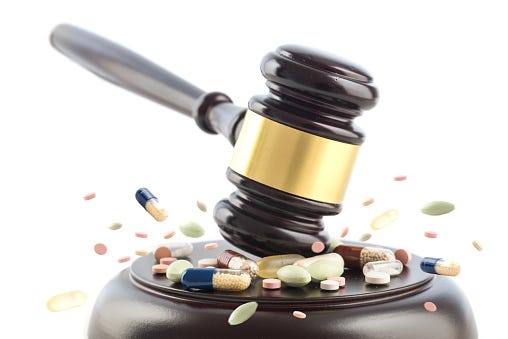 TOPEKA, Kan. – There’s a push around the country to lessen the penalties for drug crimes.

Bills to let some prisoners out early and lowering prison sentences for people convicted of certain drug crimes are being discussed in the Kansas Legislature. But not everyone is on board with the changes.

Supporters of the proposals are faced with criticism of being soft on crime.

The prison population in the state isn’t facing the overcrowding crisis of a year ago. That’s because of impacts from the pandemic. Now there are more than 8,700 prisoners in the system. That’s 1,200 fewer than this time last year.

The Kansas Department of Corrections supports the proposals, but it’s harder to get law enforcement groups on board.

“I think we’re looking at trying to be smarter on crime,” said Lakin Representative Russ Jennings, chair of the House Corrections and Juvenile Justice Committee. “Don’t sacrifice public safety. Afford offenders treatment where treatment is dictated to try and change their behavior, and give them an opportunity to get on with their lives with a greater degree of success and without offending behavior.”

Those who back the bill said the state is heavy-handed on drug possession cases and a change would benefit many Kansans.

“The idea of shortened sentences really goes to proportionality, when we look at drug offenses to other crimes, are they proportional to the level of wrong,” Jennings said.

The bills are not expected to move forward as is, so supporters hope to get a compromise that could pass on the floor.