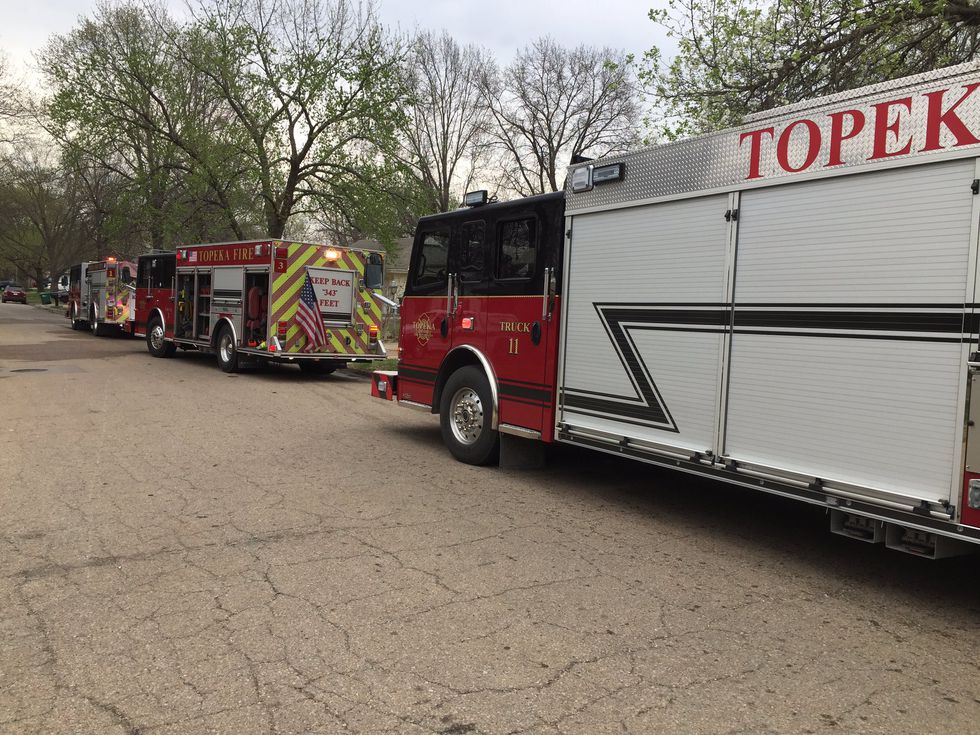 TOPEKA, Kan. – A Topeka man was burned in a garage fire early Tuesday afternoon on North Spruce. Fire officials say he was using a grinder on a car when a spark caught the vehicle on fire.

A Topeka Fire spokesman tells 13 News that the man called for help, but mistakenly went back inside to try and fight the fire. He suffered an injury and was treated on the scene after emergency personnel arrived. Firefighters were quickly able to put the fire out and keep it contained to the garage.

TFD’s Alan Stahl urged people not to go back into a burning structure. He says you should call 911 and then wait safely outside for help to arrive.