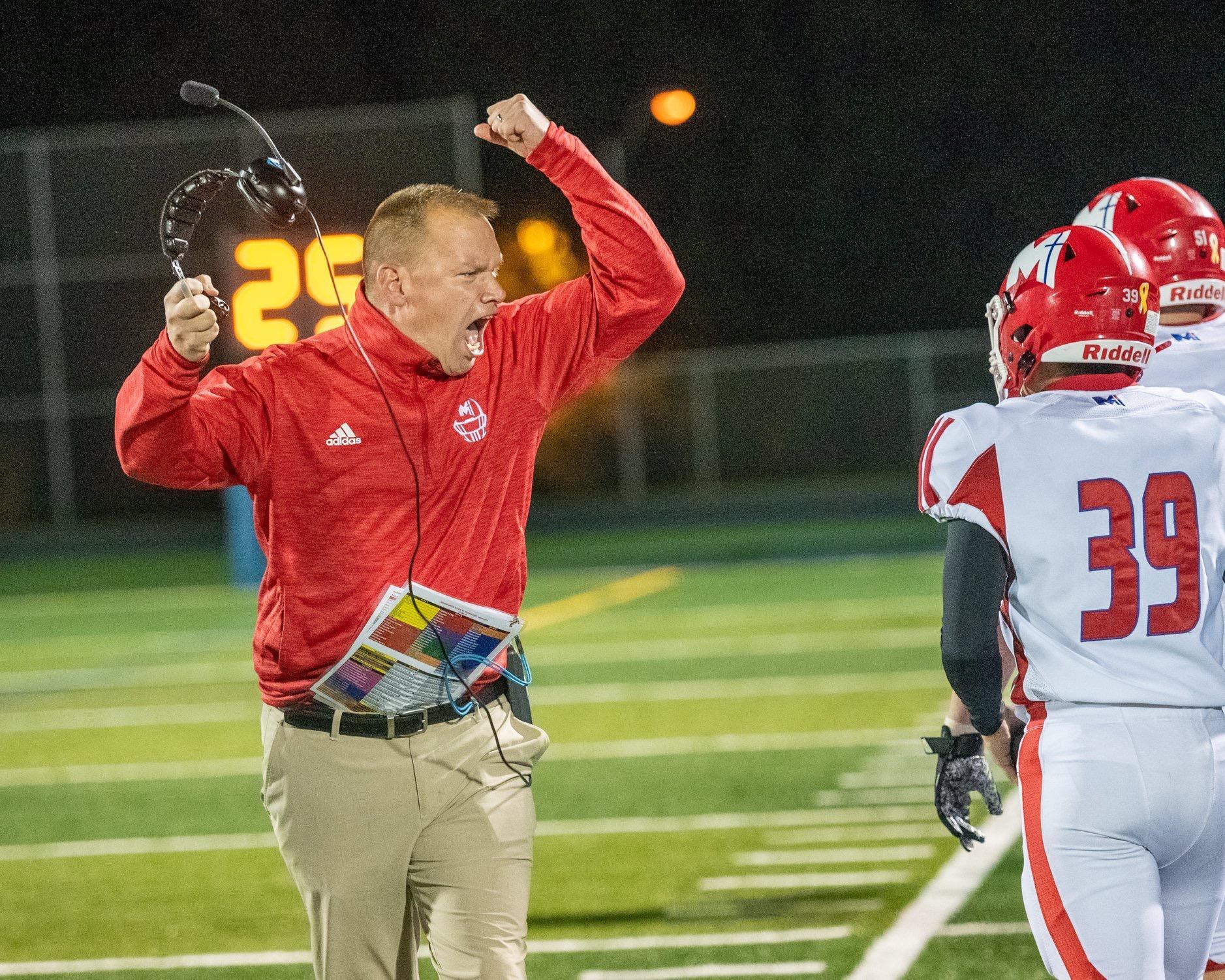 TOPEKA, Kan. – Miege head coach Jon Holmes, who has led the Stags to six straight Class 4A state championships, and Roger Barta, who guided Smith Center to eight state titles in his 35-year career, have been honored for their contributions to high school football by the Bill Snyder Family/Sunflower Chapter of the National Football Foundation.

The foundation, formerly known as the Sunflower Chapter of the National Football Foundation before taking on the Bill Snyder Family name in mid May, named Holmes as the Don Fambrough Coach of the Year. Holmes has compiled an 88-14 record in his eight-year tenure as Stags head coach and was named The Topeka Capital-Journal coach of the year following the 2019 season which saw Miege earn its sixth straight state championship.

Barta, who amassed a career record of 323-68, was honored with the Lifetime Achievement Award. Barta retired as the Redmen’s head coach in 2012 and was inducted into the National High School Athletic Coaches Association Hall of Fame in 2011 and the Kansas Sports Hall of Fame in 2014.

Where are they now? Topekan Tyrell Everett set to take next coaching step