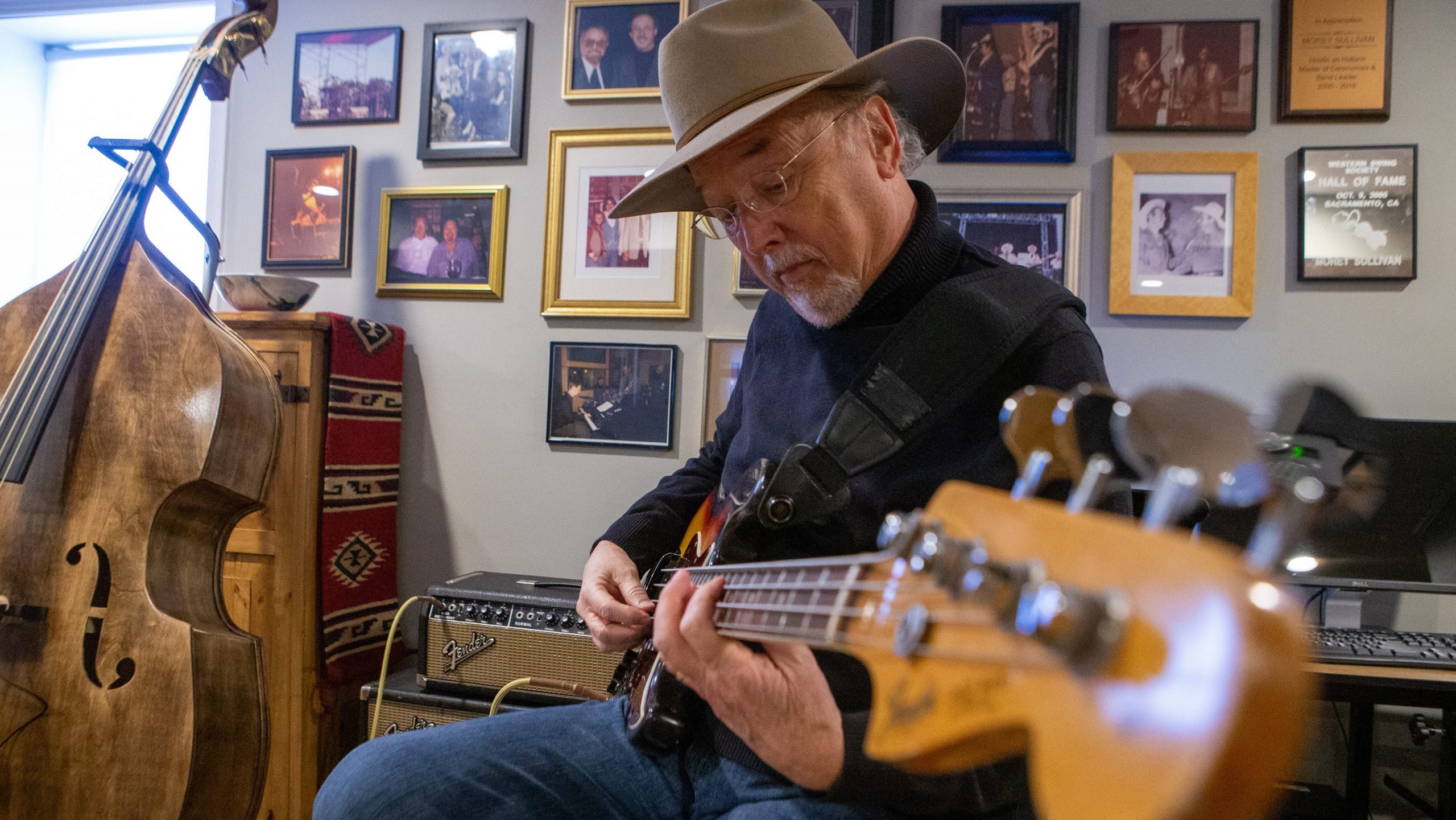 TOPEKA, Kan. – Morey Sullivan was born into a life of music. His father, Don Sullivan, was a well-known live radio performer. So from a young age, Morey was surrounded by the tunes his father would sing.

At the age of 13, Sullivan was welcomed into his father’s band.

“I always like to say I was thrown into the deep end of the pool because I was just a beginner and these guys were professional players,” Sullivan said.

Through the years, Sullivan’s music and professional career has taken him around the world and allowed him to play among notable musicians and bands.

Sullivan, who lived in Topeka for 25 years and served as executive director of the Topeka Performing Arts Center from 1988-1996, will be honored in July for his musical contributions to the state when he is inducted into the Kansas Music Hall of Fame.

“I’m honored to be chosen,” Sullivan said. “There’s a lot of people in the hall of fame who are wonderful musicians, so I am honored to be a part of it. My mother was born and raised in Clay Center, and so I am happy about that. She would be very proud. I kind of dedicated it to her.”

The Kansas Music Hall of Fame was founded in 2004, and since then, has inducted close to 200 musicians and bands, including the band Kansas, Melissa Ethridge and Martina McBride.

Allen Blasco, Kansas Music Hall of Fame board president, said Sullivan was brought to the board’s attention as a potential inductee by board member Mary McGee.

Blasco said all one must do to understand what Sullivan has done for Kansas and its music is to look at his biography.

“He’s already done his job…” Blasco said. “Now we’re immortalizing it. We congratulate him highly and welcome him aboard.”

After Sullivan graduated from the University of Central Missouri, he toured the southwest portion of the United States with his band before moving to Tulsa, Okla.

Sullivan connected with Jim Halsey, a manager and booking agent who has represented bands like the Oak Ridge Boys and singers including Reba McEntire, Jimmy Dean, Roy Clark, Ronnie Milsap and Glen Campbell.

“I was very fortunate to get hooked up with (Jim’s) agency and my little band, we would open for Roy Clark, for the Oak Right Boys, Ronnie Milsap, all the big stars at the time,” Sullivan said. “Then we got hooked up with Hank Thompson.”

Thompson, a Country Music Hall of Fame member, was known as the “King of Western Swing.” He led Hank Thompson and the Brazos Valley Boys, which originally began in 1946 by Thompson and Billy Gray.

Sullivan played with Thompson and the Brazos Valley Boys for about 25 years.

“We played places from the Hollywood Bowl in California to the Lincoln Center in New York, major casinos, lots of areas, big concert halls,” Sullivan said. “Of course, we played a lot of places in Kansas from Wichita to Kansas City to Topeka, Lawrence and places like Phillipsburg.”

Before Thompson died in 2007, he asked Sullivan to carry on the tradition and legacy of the Brazos Valley Boys. Sullivan said yes and since then, he has been leading the band.

While Thompson and the Brazos Valley Boys are categorized as Western swing music, Sullivan, at his core, is a classic jazz musician.

Sullivan credits his dad, aunts and uncles for raising him on a wide variety of music.

“(Dad) played everything from Jimmy Rogers, The Carter family, but also dad would sing Frank Sinatra stuff and Sons of the Pioneers — that was a true cowboy music group that was primary movie music,” Sullivan said. “I was fortunate in that I was brought up on a wide variety of music, not just one style.”

In the midst of playing with the Brazos Valley Boys, Sullivan moved to Topeka and took on the role of executive director at TPAC.

in the early 1990s, Sullivan was selected by former Gov. Joan Finney to lead a group of people who would travel to Russia to audition folk acts and bring them to Kansas for a tour as part of a cultural trade agreement Finney signed.

Sullivan said the group chose 100 Russian performers, who traveled to Kansas and toured the state for an entire summer. He was then selected to direct and produce a show of about 50 Kansans who would travel to Russia and tour.

The performers played at performing arts centers in the evenings and schools during the day, Sullivan said.

“All of those performers that I took were from Kansas and we did American music, but we did a lot of things that would have been indigenous music to Kansas,” Sullivan said.  “I took I think six — five dancers and a drummer — from Haskell Indian Nations University and we started the show every night with Native Americans in their native regalia doing their indigenous native people’s music and dances.

“Then we would play cowboy music that would be typical of Kansas. With ‘Home on the Range’ being our state song, we did cowboy music, but we also did gospel music and we did Broadway and we did Rock ‘n Roll.”

Sullivan knows that he has a reputation for playing good, quality music, but more importantly, he knows he wouldn’t be where he is today if it weren’t for those who taught him and exposed him to music. His induction into the Kansas Music Hall of Fame solidifies his dedication to his music career through the years.

“I’ve always looked at it as I am just standing on the shoulders of those before me — family members, other great musicians that I’ve known and who have taught me,” Sullivan said. “That’s the way I look at it.”