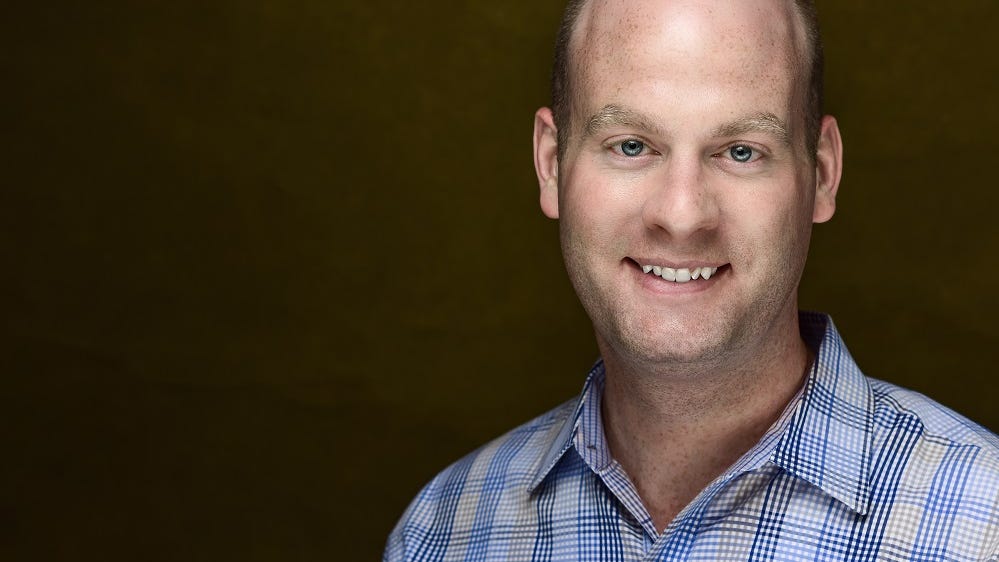 TOPEKA, Kan. – Comedian Jeremy Nunes grew up in the small town of Dawson, Ill., and as is with many small towns, traditions are important. His family’s legacy of owning a “trailer park empire” as Nunes likes to say was one that he was expected to carry on.

But Nunes had alternative plans for himself.

“My dad insisted that I sort of be the next in line to the throne and I said, ‘You know, this comedy bug has bitten me,'” Nunes.

Over the last 19 years, Nunes’ comedy has evolved and he has scored shows such as a DryBar special and an Amazon Prime special. He has also appeared in “The Layover,” “The Break-Up,” “Last Comic Standing,” ABC’s “Final Witness” and performed on Sirius/XM and ESPN radio.

Nunes will bring his show to Topeka and perform 8:30 p.m. Feb. 25 at Doughboyz Pizzeria, 1312 N. Kansas Ave. The approximately 90-minute show will feature comedy from Nunes and his opening act Chris Speyrer. Tickets can be purchased by calling the restaurant at 785-730-2228.

After leaving his small town for Chicago, Nunes went to comedy school at The Second City and iO Theater where he learned comedy and improv from experts.

While at the comedy club, Nunes developed his own style that he calls “front porch comedy.”

“I call it front porch because it has some more of the small town, down-home feel to it,” Nunes said. “What that involves is essentially a front porch experience. We are telling stories, I’ve got a guitar and then on top of that, just like you would on the front porch, make fun of the people around you and have a little fun with it that way.

“A lot of people come up and say, ‘Wow that’s a different show than I have ever seen before’. But they seem to love it and it’s worked out.”

Nunes said getting to walk in the footsteps of the great comics that came before him at The Second City was a fantastic experience.

“It was super cool,” Nunes said. “I had to audition I couldn’t tell you how many times just to keep moving forward and every time I would think, ‘This is the one where they tell me to go home.’ It felt like the end of American Idol.”

Comedy has always been a path that Nunes wanted to pursue, he said, and that the hardest part is standing up in front of a crowd for the first time.

“You’re just so afraid and then the first time happens and you’re like, ‘Oh that wasn’t bad,'” Nunes said. “Kind of like drivers-ed the first time you’re in that car. Eventually, you just get the hang of it and you’re as comfortable as can be.”

Comedy isn’t the only endeavor Nunes has taken on in the last decade. In 2013, he ran for mayor of his small town as a joke. He won.

“I put my name on the ballot as ‘comedian Jeremy Nunes’ and my campaign slogan was ‘Put a real joker in office’ because I was like, ‘Who would vote for that person?’ 80 percent of the town.”

While Nunes only served as mayor for four years, he took his job seriously.

During his DryBar comedy special, Nunes talks to an audience about his experience as a mayor. He talks about receiving an award for being one of Illinois’ most ethical mayors.

“It was largely because I issued a fine to my parents,” Nunes says in the special. “I remember my dad calling me when he found out. He said, ‘Jeremy, why am I getting this fine in the mail?’ I was like, ‘Well your grass is way too high. You have to mow your grass.’ He says, ‘Jeremy, you mow our grass.'”

Stories similar to that one and others related to Nunes’ time in public office will be topics during the comedy show he brings to Topeka.

“It’s tough to say what I’ll talk about,” Nunes said. “I usually just let the audience dictate and go where the show leads me so no two are the same.

“Something that’s really cool about stand-up, unlike anything else, is it’s an experience that lets everyone just get away from everything going on in their own personal lives, everything they’re dealing with and just for a night, have an experience with no stress, no pain, just fun. That’s what I aim for every single time.”