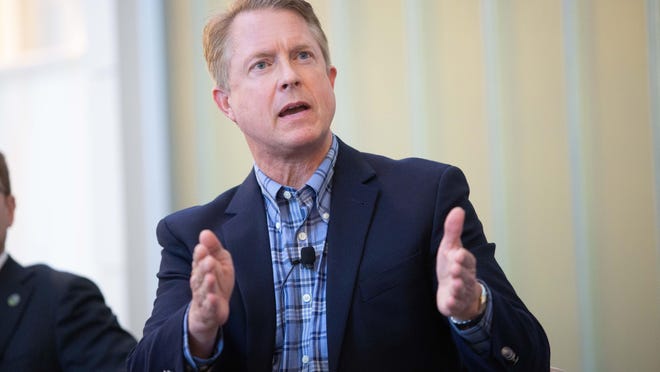 TOPEKA, Kan. – Online petitions have received more than 21,000 signatures from people calling for the removal from office of U.S. Sen. Roger Marshall, R-Kan., after he joined five fellow Republicans Jan. 6 in seeking to overturn the results of last November’s general election.

“Sen. Marshall attempted to disenfranchise millions of voters, which is a precedent that the U.S. Senate must not let go unchecked,” says one of those petitions, on the website moveon.org.

But online petitions haven’t proven to be an effective tool politically, said Bob Beatty, professor and chairman of the political science department at Topeka’s Washburn University.

He said Friday he couldn’t think of any time that an online petition led to significant political change.

The petition at moveon.org calls for the Senate to begin proceedings to expel Marshall. It had received 12,940 signatures as of Friday afternoon.

Meanwhile, 8,274 people had signed a petition in support of Marshall’s expulsion on the website Change.org.

More than 100 people had signed a separate Change.org petition calling for the removal of Marshall and U.S. Reps. Jacob LaTurner, Ron Estes and Tracey Mann.

That petition said the four had committed acts that included inciting violence, causing mass chaos, denying the severity of the COVID-19 pandemic and supporting the false claim that President-elect Joe Biden won because of widespread voter fraud.

The ease with which they can be signed is a key reason online petitions have much less impact than other political activities, Beatty said.

Making phone calls can also be effective, he said.

Beatty noted that Republican Kansas Attorney General Derek Schmidt said thousands of phone calls and emails he received prompted him to arrange for this state to be part of what proved to be an unsuccessful lawsuit by the state of Texas challenging presidential election procedures in Georgia, Michigan, Pennsylvania and Wisconsin.

Schmidt’s office received more than 15,000 calls and emails urging him to ask the Supreme Court to hear the Texas arguments, Schmidt said in a news release last month.

Marshall would probably pay more attention to an online petition if it were signed by all Republicans, Beatty said.

He suggested the best way for voters who disagree with Marshall to make that known might be for them to contact this state’s other senator — Republican Jerry Moran, who voted in favor of certifying the election results — to let him know they support Moran’s decision.

“That actually could have an impact,” he said.